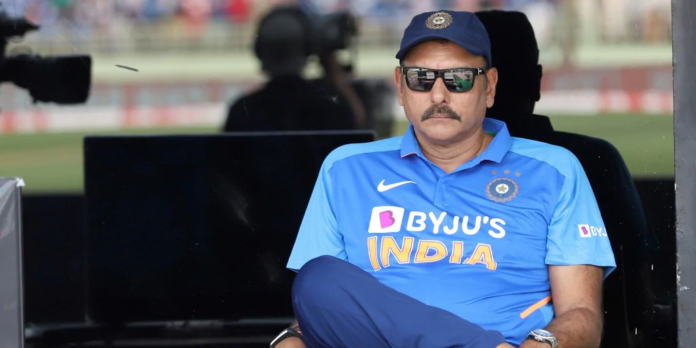 Cricket – the most popular game in the world. Cricket not only needs physical strength but a player should be mentally and emotionally fit. For that case, Coaches are appointed who focus on the physical as well as emotional needs of the player so that they can tackle all challenges on the field.

Coaching requires good man-management, tactics and experience.  Here is the list of Best Cricket Coaches in the world today. The list includes nine coaches from around the world who are best in their fields and chosen on a random basis.

Ravi Shastri – He is the Head Coach of the Indian National Cricket Team. Ravi Shastri’s all-around abilities made him an asset in the team appointed as the Director of Indian Cricket in 2014.

He held that position until 2016 when Anil Kumble was handed over the team as the head coach. After India lost in the ICC Champions Trophy 2017 final, Shastri was named the head coach of the Indian team.

He also led India to a 5-1 win in an ODI series in South Africa, along with a 5-0 whitewash in T20Is in New Zealand. His highlights surely make him one of the best cricket coaches in the world.

Stephen Fleming – From former Captain of New Zealand to the Coach of the National Team, he is considered the greatest T20 coach in the world.

He has been excellent throughout the T20 leagues for almost a decade, that’s why he is on our list of best cricket coaches in the world.

His most successful journey is with Chennai Super Kings.

He had worked brilliantly with Chennai Super Kings captain Mahendra Singh Dhoni and led to three titles in the Indian Premier League.

Mike Hesson had a fantastic stint with the New Zealand Cricket Team between August 2012 and April 2018, which included a historic test series win at home against England.

In 2017 and 2018 New Zealand won 13 successive games in a row in all formats under his coaching which makes him truly deserve a place in best cricket coaches in the world.

He started his international; coaching career back in 1996, exceptionally young at just 22 he was already a coach. In 2011 he was appointed as the head coach of Kenya’s national cricket team.

However, he resigned in 2012 citing security issues. In 2003 he coached the Argentine National Cricket team. In 2021 he was appointed as head coach for the New Zealand national cricket team, he served till 2018.

Mickey Aurthur is a South African Australian cricket coach and a former cricketer. He also coached Pakistan Cricket Team from 2016 to 2019.

From 2005 May to 2010 January he helped South Africa become the best team in the world. This included two historic wins of the test series in England and Australia.

The highlight of his carrier is a historic first Champions Trophy Win in 2017 beating arch-rivals India in the Final.

Bayliss’s philosophy is to give players the freedom to trust their own ability and attack.

He had less success in test cricket but still enjoyed some top-quality victories.

Justin Langer another Australian former Cricketer and Australian Coach who is said to be the best cricket coaches in the world.

He is the current coach of the Australian men’s National Team appointed in May 2018. His ability to bat in tough situations and conditions made him a famous name at the international level.

Under his coaching, Australia almost won the test series in England. The Ashes series in 2019 ended in a 2-2.

The Australian team also qualified for the world cup semi-finals, along with a winding one-day international in England in 2020. Langer is without a doubt one of the best coaches in the world.

Gary Kirsten is regarded as the best Cricket Coach in the world. He is known for his man-management and ability to handle big names and take the pressure off them to perform.

Under Kirsten, India won the 2011 Cricket World Cup at home, which is seen as his biggest achievement.

Kirsten also helped South-Africa return to the summit of the test rankings in 2012. Under his coaching – South Africa did not lose a single test in England or Australia and won both series away from Home – 2-0 and 1-0.

Chris Silverwood – a former international Cricketer and current head coach of the England cricket team. Silverwood joined the England squad in 2018; he has been terrific after taking this position.

As appointed in 2009 and then COVID there are not many stats, but now he is going to see a busy schedule as so many series are now on the way.

Being an England coach is often about spinning plates, but the complexities of the job are nothing new for Silverwood.

Let’s see with his experience can he become the best cricket coaches in the world for England.

Lance Klusener – he is known for his all-around abilities from his playing days for the South African National Team.

He coached the South African Domestic team – Dolphins. He was successful there so was later moved to the International Level.

Hope the Afghanistan National Cricket team shows good skills in the upcoming T20 World Cup later this year and proves him to be the best cricket coaches in the world.