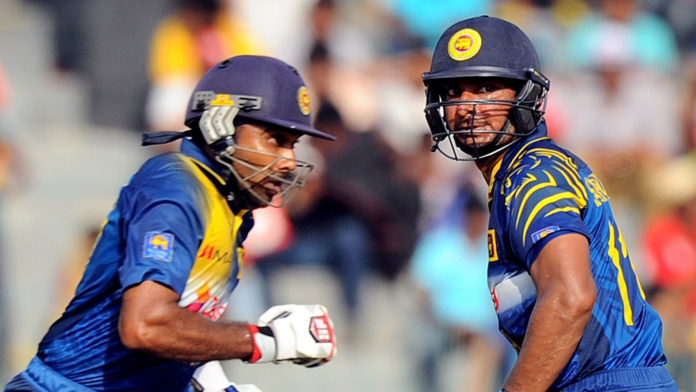 Cricket is the most enjoyable game in the world, cricket is played in many formats and one such format is test cricket. The best partnership in Test cricket always leads to a chance of winning the match and eventually the series.

The First Test match was played between 15th and 19 March in 1877 between England and Australia. In October 2012 the ICC permitted the day-night test match for the first time.

Kumar Sangakkara and Mahela Jayawardene the duo hold the record of the best partnership in test cricket.

In 2006 they scored a 624 run partnership against South Africa in Colombo. Sangakkara scored 287 runs while Jayawardene went on to score 374 which is his highest score on a test.

In the first test of the 1997 tour, Sanath Jayasuriya and Roshan Mahanama scored 576 run partnership for 2nd wicket in Colombo. In reply to India’s 537 scores and they went on to score 952 runs the highest ever score in test cricket.

The New Zealand duo Andrew Jones and Martin Crowe scored 467 runs for the 3rd wicket to save the match for New Zealand. In 1991 After Sri Lanka took 322 runs in the first innings, it led Jones and Crowe to show their tremendous performance and they took their team to a safe place. Jones scored 186 runs while Crowe went on to make 229 his highest test score.

Donald Bradman and Bill Ponsford during the Ashes at the Oval in 1934 versus England. Ponsford scored 226 and Bradman 244 and Australia went on to win the match by 562 runs.

Pakistan’s Mudassar Nazar and Javed Miandad put a stand against India in 1983 in Hyderabad-Sind. Both Jawed and Miandad went on to score their highest individual scores as well in that match 231 and 238* respectively. Miandad was also the man of the match in that clash.

The Australia duo in 2015 proved their power as they scored 449 runs for the 4th wicket against West Indies in Hobart. Marsh ended up scoring 182 and Voges continued with his sublime run-scoring an unbeaten 269 before Australia declared their first innings on 583.

Their massive best test partnership ensured Australia that they didn’t have to bat again in the match, as they went on to win the innings. The outstanding performance from Voges also made him the man of the match in that series.

The West Indies Duo Conrad Hunte and Gary Sobers scored 446 runs in 1957 against Pakistan at Kingston, Jamaica. Sobers went out to make a then-world record 365* as the West Indies reached 790 for 3 declared. Hunte was run out on 260 and West Indies went on to win the match by an innings and 174 runs.

In 2004, Sri Lanka played the 2nd test at Bulawayo against Zimbabwe. The Sri Lankan Spinner Marvan Atapattu and Kumar Sangakkara scored 438 runs. Atapattu scored 249 and was dismissed whereas Sangakkara continued batting and scored 270.

What is Test Cricket ?

Test cricket is the form of cricket that has the longest match duration and is considered the game’s highest standard. Test crickets are long and are mentally and physically very testing, the test match can last up to 5 days or longer.

What is the highest partnership in test cricket?

Which is the best opening partnership in One Day International(ODI) cricket?

The best opening partnership in One Day International(ODI) cricket is held by JD Campbell and SD hope they scored 365 runs for their team West Indies Against Ireland.

What is the best partnership in test cricket by India?

The best test partnership cricket in India belongs to MH Mankad and Pankaj Roy; they scored 413 runs on 1st wicket in year 1956 Against New Zealand.