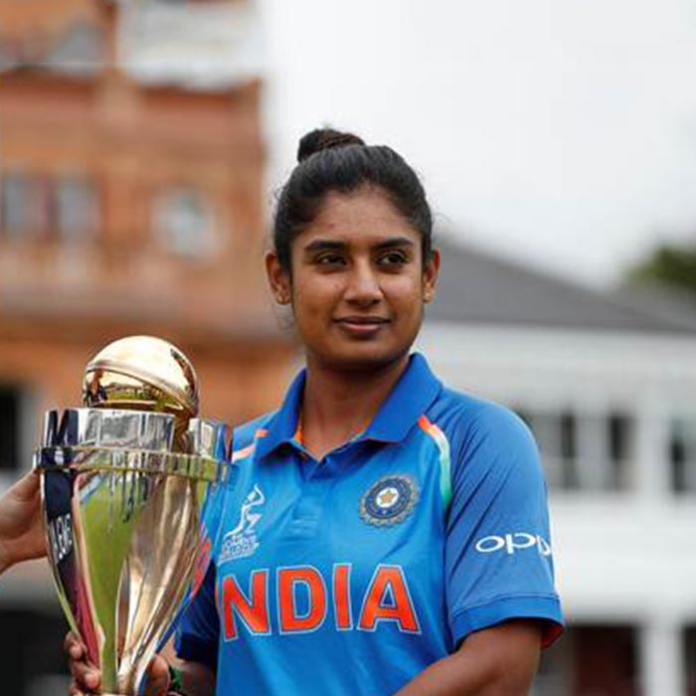 Cricket – which is called a gentleman’s game but today it’s not only limited to men’s but also the women cricket players are creating history and name big in cricket. Some of these players are still playing and others retired long ago, but they are praised every now and then for what they have achieved. Here is the list of the top 10 best women’s cricket player.

Mithali Dorai Raj is an Indian cricketer and ODI and Test captain of the women’s National Indian cricket team. Mithali Raj is the highest run-scorer in women’s international cricket and the only female cricketer to surpass the 6000 run mark in women’s ODI matches. She is the first player to score 7 consecutive 50s in ODI and also holds the record for the most half-century in women’s ODI. In 2018 she became the first player from India (Male or Female) to score 2000 runs in T20 and also became the first woman cricketer to reach 2002 Women’s T20 runs. She is indeed the Best Player in Women’s cricket.

Cathryn Lorraine Fitzpatrick is a former Australian cricketer and is one of the best women’s cricket player. She played the main role in Australia’s ODI World Cup success in 1997 and 2005. Fitzpatrick became the oldest player to take 5 wickets in a game and she took 5–29 against India in 2006 claiming 240 wickets in total across her career. She was the first woman to take 100 ODI wickets.

Also Check Out:- Highest Test Score Scored By An Australian

Stafanie Roxann Taylor a Jamaican Cricketer who is the current captain of the West Indies women’s cricket team. Taylor has 5 centuries to go alongside with 57 half-centuries and over 200 international wickets. She is a right-handed batsman and off-break bowler and also the first woman to score 1000 runs in ODI for the West Indies.

Sarah Jane Taylor the former English cricketer. She was a wicket-keeper known for her free-flowing stroke play, opening the batting in ODI and batting middle order in tests. In 2019 September she announced her retirement from all forms of cricket. Taylor was a prolific batter and remains the youngest to reach 1000 ODI runs with over 6000 career runs including 7 centuries.

Rachel Heyhoe Flint was an English cricketer, businessman and philanthropist. She was best known for being the captain of England and was unbeaten in the 6 test series; she played from 1960 to 1982. She passed away in 2017 but her impact on the women’s cricket team should never be forgotten. With an average of 45 in the test, 58 in ODI she is best remembered as the Best Player in Women’s cricket.

Charlotte Marie Edwards is a former English professional cricketer, In September 2017 she took retirement from all forms of cricket. She was one of England’s most successful captains ever; she inspired her team to 3 Ashes triumphs as well as ODI and T20 World Cup titles.

Meghann Moira Lanning is an Australian cricketer who currently captains the Australia national women’s team. She was a member of 5 successful world champions winning 1 women’s cricket World Cup and 4 ICC women’s World Twenty20 titles. Lanning holds the record for the most one-day international centuries in the women category and is the first Australian to score 2000 runs in T20.

Jhulan Nishit Goswami is an Indian international cricketer and former captain of the Indian national women’s cricket team. She is an all-rounder who bats right-handed and balls right medium-fast, she is regarded as one of the greatest women fast bowlers of all time and one of the fastest bowlers in the history of women cricketers. She has taken over 300 international cricket wickets and also bowled the most overs and most maidens by any woman ever.

Ellyse Alexandra Perry is an Australian sportswoman who represented her country in cricket and football. Perry is the youngest Australian to have appeared in both ICC and FIFA World Cup. She was first to score 1000 runs and take 100 wickets in T20 cricket, at the age of 30 she has scored almost 5000 international runs and 300 wickets.

Who is the Queen of Cricket?

Mithali Raj is considered as queen of cricket. She is World Cup T20 FMass Entry for the Queen of Cricket in Google.

Who is the best women’s cricket player?

Meg Lanning from Australia Cricket Team is ranked the best as her rating is 749 and best is 834 vs New Zealand.

Who is no 1 player in cricket?

Virat Kohli from Indian National Cricket Team is no1 in cricket as his rating is 870 and best rating is 911 vs England.

Who is the female best bowler of all time?

Cathryn Lorraine Fitzpatrick, a former Australian cricketer. She was recognized as the world’s fastest female bowler throughout her career and became the first woman to take 100 One Day International wickets.