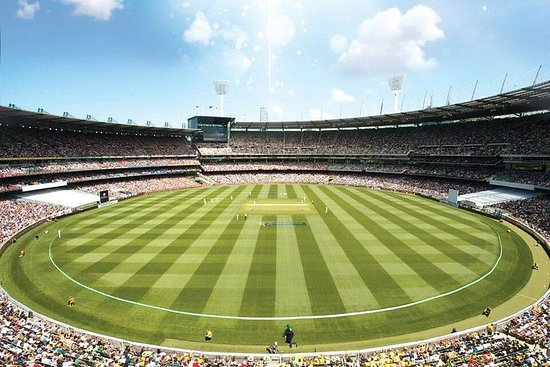 Cricket is not just a game it’s the passion and love of people for a sport that is celebrated all over the world. If you have ever visited a stadium you could have felt the vibes and energy over there and if not, don’t get disappointed because if you are a cricket lover you can feel the same vibes on your television screen as well. So here is the list of the top seven biggest cricket stadiums in the world where you can enjoy this magnificent game.

The Narendra Modi Stadium or The Sardar Patel Stadium Motera, Ahmedabad- Gujarat is the largest cricket stadium in the world with a 1.1 lakh sitting capacity.

It was inaugurated on 24th February 2021 by India’s President Shri Ram Nath Kovind. The Sardar Patel Stadium had been established in 1982, with a seating capacity of over 45,000 and was already in line for demolition, but today it’s newly built and it’s the biggest in the world.

After revamp it hosted its first Pink Ball Test match between India and England. The Motera Cricket Stadium area is 2, 38,714 square meters, the stadium complex is spread over 63 acres, and has four entry points.

Rs 800 Crores was spent to rebuild this grand stadium. 3,000 cars and 10,000 two-wheelers can be parked easily in the venue. Apart from Cricket the stadium also has numerous indoor pitches for other sports like football, hockey, basketball etc.

The Melbourne Cricket Ground or MCG or The G is an Australian sports stadium located in Yarra Park, Melbourne, Victoria. Founded and managed by the Melbourne Cricket Club, it is the largest stadium in the Southern Hemisphere, the 11th largest globally, and the second-largest cricket ground by capacity.

Established in 1984 Eden garden is located in Kolkata, India. It is the oldest and second-largest cricket stadium in India after the newly built Narendra Modi stadium.  The stadium currently has a capacity of 68,000.

On 22 November 2019, the venue hosted the first-ever day/night Test match in India during the second Test between India and Bangladesh.

Eden Gardens is also called the “Mecca of Indian cricket”, due to it being the first officially built ground for the game of cricket in India.

Eden Gardens has hosted matches in major international competitions including the World Cup, World Twenty20 and Asia Cup. In 1987, Eden Gardens became the second stadium to host a World Cup final. The 2016 ICC World Twenty20 final was also held at the stadium.

The fourth in the list of biggest cricket stadiums in the world is a uniquely named Shaheed Veer Narayan Singh International Cricket stadium; it has a seating capacity of 65,000 and is situated in Raipur, Chhattisgarh.

Inaugurated in 2008, this ground hosted its first-ever match in 2010. In 2013, the stadium was declared as a second home venue for the Delhi Daredevils in the IPL.

Perth Stadium, also known as Optus Stadium, is a multi-purpose stadium in Perth, Western Australia, located in the suburb of Burswood.

It was completed in late 2017 and officially opened on 21 January 2018. The stadium has a capacity of over 60,000 people, making it the second-largest stadium in Australia after the Melbourne Cricket Ground.

The stadium can be extended up to 65,000 seats for rectangular sports. Perth Stadium is primarily used for football and cricket.

The Rajiv Gandhi International Cricket Stadium is in Hyderabad, Telangana, it has a capacity of 55,000 and extends across 16 acres of land. It serves as the home ground for the Hyderabad Cricket Association and the IPL team Sunrisers Hyderabad.

Greenfield International Stadium also known as The Sports Hub, Trivandrum is a multi-purpose stadium in Kerala, used mainly for association football and cricket. The stadium is located at Kariavattom in Thiruvananthapuram city, Kerala, India.

It was built on 36 acres of land, It is India’s first DBOT (design, build, operate and transfer) model outdoor stadium. The Greenfield Stadium became India’s 50th international cricket venue on 7 November 2017 when it hosted a T20I against New Zealand. On 1 November 2018, the venue hosted its first ODI.

Adelaide Oval is a sports ground in Adelaide, South Australia, located in the parklands between the city centre and North Adelaide.

The venue is predominantly used for cricket and Australian football but has also played host to rugby league, rugby union, soccer, tennis among other sports as well as regularly being used to hold concerts.

Adelaide Oval is described as “one of the most picturesque Test cricket grounds in Australia. Its record crowd for cricket was 55,317 for the Second Ashes Test on 2 December 2017.

Which is the Largest Cricket Stadium in the world?

The Narendra Modi Stadium Motera, Ahmedabad- Gujarat, India is the largest cricket stadium in the world with a 1.1 lakh sitting capacity.

Which is the Smallest Cricket Stadium in India?

The Feroz Shah Kotla Ground is the Smallest cricket ground in India by the boundary. Built-in 1833 in New Delhi and is still functioning.

Which is the Oldest Cricket Stadium in the World?

The Lord’s Cricket Ground, London built-in 1814 is the oldest Cricket Stadium in the world.

Which is the Smallest Cricket Stadium in the World?

Its The Grange Club, Edinburgh Scotland with Seating Capacity of 5000 People