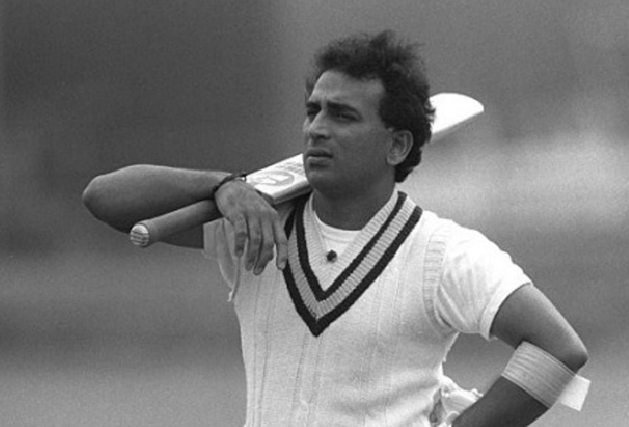 Border Gavaskar Trophy; Injuries are very common when playing a sport be it playing professionally or casually with friends. We have all played some of the other kinds of sports throughout our lives and to say the least, we have also injured ourselves, be it because of carelessly tumbling over while running or being intentionally hurt by someone else. But thankfully our injuries were minor but it is not the same with professional sports players. Yes, they might get a little careless and get minor injuries but they can also very well be majorly injured especially while on the cricket field. So, let us first look at the types of injury that are possible in the fields.

Types of Injuries Possible on The Cricket Field

These are just to name a few there are many more injuries that a cricketer can get while either playing on the fields or even while practising.

Border Gavaskar Trophy is basically a Test series played between India and Australia. It is named after India’s Sunil Gavaskar and Australia’s Allen boarder and both of them hold a record of most career runs scored in Test match cricket. This Test series had been going on since 1996 to date.

And for obvious reasons when playing such a competitive sport with the aim to win, players often overexert themselves or even sometimes end up making rookie mistakes which further leads them to get injured. This year India had been playing against Australia in Sydney, but there was a slight problem. And that problem is that many of the strongest players, unfortunately, could not get on the field because of a previous injury, which is apart from Virat Kohli who naturally had to stay back home on the occasion of his first child’s birth.

One of the senior pacemen had been ruled out of the entire Border Gavaskar Test match because of a side strain injury that happens to him during the IPL And although he had recovered partially from the prior injury and really wanted to play in the Test series he was left out of the squad to regain his energy and recover fully before he gets on the field again.

Although without important bowlers like Ishant Sharma and Bhuveneshwar Kumar the team looked a little scrawny, the presence of Mohammed Shami, Jasprit Burmah, and Umesh Yadav saved the day. And in the very first inning, India dismissed Australia for 191 in Adelaide.

However, during the second innings, some clouds of darkness were starting to set in when Mohammed Shami injured his wrist while facing a bouncer from Pat Cummin. The ball hit his right hand and he had to retreat to the dressing room, although he came back out on the field showing his true sportsmanship, unfortunately, he was ruled out of the remaining three matches of the Test series because the ball that hits him regrettably fractured his right arm.

During the second test, Umesh Yadav had to walk off the field after getting his calf injury while bowling his fourth over in the second innings. And for the timing T Natrajan, a younger player had to be brought into the field since Umesh Yadav could not bear the pain any longer. But we definitely hope that he comes back to the field during the next Tests as he is really essential for the team.

After the second Test which took place in Melbourne, and the accident with Umesh Yadav the number of senior players decreased from two to only one, leaving Jasprit Bumrah alone as the only experienced Test cricketer.

KL Rahul the wicket-keeper and batsman had injured his left wrist during India’s practice sessions before the third Test and hence had to be ruled out of the Test and sent back home, where he would go through rehabilitation at the National Cricket Academy (NCA) in Bengaluru where he would take up to three weeks to recover.

On the third day of the Border, Gavaskar Test and Pat Cummins injured yet another Indian batsman with another one of his short balls. The ball directly hit his left elbow and another soldier was down. As he was not wearing an armed guard the left-hander was left in severe pain, the physio attended to the pained KL Rahul for five minutes while he was in utter discomfort and pain.

But he showed that he has what it takes to be an excellent sportsman and amidst his injury, he still continued to bat for three more overs before he chased at a wide Josh Hazelwood delivery.

While defending a sharp bouncer from Mitchell Starc, who hurls these ruthlessly at a very high speed, Ravinder Jadeja the left-hander was hit on his left thumb. And even with the injury on his dominant hand Ravinder Jadeja being a staunch sportsman and with the pure zeal of winning kept on batting until India’s innings came to an end.

Before this Jadeja had suffered a hamstring injury and a concussion earlier on the tour because of which he had to skip the Adelaide Test match and also did not field in the second Test. Later Jadeja was sent for a scan and was found out that the prior injury that he suffered on the field has ended up as a thumb fracture. It is gallant to know that he played till the very end with the thumb of his dominant hand fractured. Although, sadly Jadeja is reported not fit to bat in India’s second innings and it is possible for him to be ruled out of the Brisbane Test.

Hanuman Vihari had put up a brave and heroic display of defence while batting to secure a draw in favour of India during the second innings in the third Test series that took place in Sydney.

Vihari suffered from a hamstring injury while running between the wickets to earn more runs for his team early on during his innings. While India was back foot five wickets down within the second innings and had two more sessions to bat. He did go on to play without taking a break just for his team.

With so many of the team’s best players being ruled out because of injuries, it is definitely not looking good for the Indian team. Coach Ravi Shastri and skipper Rahane will have to make a mastermind game plan to get the best result while using the inexperienced Mohammed Siraj, Navdeep Saini, Shardul Thakur and T Natarajan.

The Indian team has to walk on a tightrope while keeping their fingers crossed because they only have R Ashwin as their seasoned spinner who contributed the most in the second inning of the fourth Test despite a sore back and the only left-hand spinner Kuldeep Yadav for the Final Test of Border Gavaskar Test Series which will be taking place on the 15th of January.