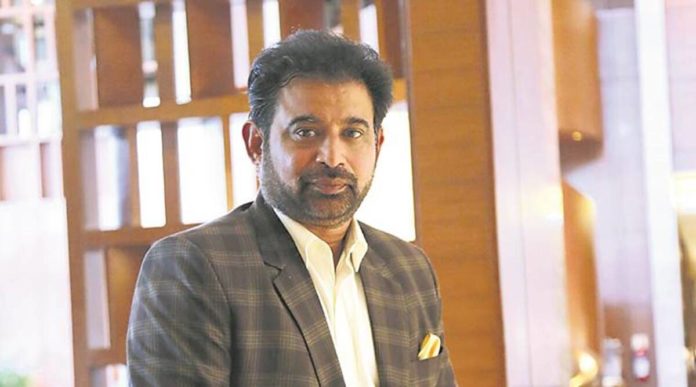 The Cricket Advisory Committee of the BCCI appointed former Indian pacer, Chetan Sharma new chairman of the national selection panel on 24th November 2020. Abbey Kuruvilla and Debashish Mohanty secured a place in the five members selection committee. The Cricket Advisory Committee that included Madan Lal, Rudra Pratap Singh and Sulakshana Naik convened a meeting virtually for the All India Senior Selection Committee Members selections. Eleven eligible candidates were interviewed for the position. The candidate who had the most test cricket experience is appointed as the chief selector.

The current Indian National Senior Selection team has appointed Chetan Sharma new chairman. Abbey Kuruvila and Debashish Mohanty were also interviewed and appointed as the selectors. These three new members will be joining Sunil Joshi and Harvinder Singh from the existing selection committee.

The coach and captain of the cricket team are invited to present their opinion at the selection committee reviews (Chetan Sharma new chairman). However, they do not have any right to vote for the final team selections. Many Cricket coaches and ex-cricketers have fought for coaches and captains to have a voting right in the final selection process.

The Lodha committee had appealed to the Supreme Court to allow only Test players with a minimum of five years of experience in the selection committee. They strived to scrap the Zonal System and include a policy where three national selectors would be appointed. Following the Lodha committee suggestions, BCCI scrapped the zonal system and started interviewing for the selector’s positions. Unlike the Lodha committee’s recommendation, BCCI decided to choose five selectors from ODI, Test as well as first-class cricket experience also.

The Responsibilities of the Indian Senior Selection Team

The Responsibilities of the Indian Junior Selection Team

The selectors cannot be over sixty years old and should not have been a part of the previous selection committees. Also, the selector cannot be a part of an IPL team, a cricket academy owner or a person with criminal records.

At the age of 16, Chetan Sharma (Chetan Sharma new chairman) started his domestic career by playing for Haryana in 1982 and Bengal in 1983. His domestic game secured him a position on the national team.

His (Chetan Sharma new chairman) name has secured a permanent position at the Hall of Fame board on the Lord’s Cricket Ground. Even Though he was susceptible to many injuries, he was an opening bowler with Kapil Dev for around five years. In the 1987 Reliance World Cup, Chetan Sharma new chairman took a hat-trick against Ken Rutherford, Ian Smith and Ewen Chatfield of New Zealand. Post world cup, he bagged a century against England in 1989. However, by that time his bowling had lost the required pace.

He (Chetan Sharma new chairman) was a cricket commentator after his international cricket career ended. He started a bowling academy in Haryana. Chetan Sharma new chairman International career lasted for around eleven years. In those eleven years, he played 23 Test Matches and 65 One Day Internationals. He managed to secure 61 wickets in Test matches and 67 wickets in ODIs. Even Though he was a bowler, he managed to score 396 runs in 27 Test innings and 456 runs in 35 ODI innings.

The six feet five inches tall Abbey Kuruvilla was the tallest international Cricketer from India. He grew up playing gully cricket in Shell Colony of Mumbai. Since childhood, fast bowling for the Indian cricket team was all he wished to do. He played every small cricket championship organized by local cricket clubs.

In 1990, he joined Frank Tyson’s Bombay Cricket Association- Mafatlal Fast Bowling Scheme. He emerged as a successful fast-medium bowler at the association and was handpicked by Sanjay Manjrekar to debut in the Ranji Trophy Finals.

The seriousness of his dreams was realized in the same 1990-91 Ranji Trophy.  Kuruvilla played in the finals as part of the Bombay team against Haryana. He bagged 4 wickets in the first innings and one wicket in the second inning. Even Though Bombay lost the match that day, Kuruvilla had managed to capture hearts with his game.

He had won around fifty wickets in notable championships which included the 35 wickets he bagged in 1991-92 Ranji. Despite his successful domestic cricket championships, he received no call into the Indian Cricket team. By 1997, Kuruvilla had almost turned thirty and his dream to be a part of the national team seemed distant and impossible. In the same year when Javagal Srinath was down with a rotator cuff injury, Kuruvilla replaced him in the Indian national team. This was his first international Test debut against West Indies. He managed to take four wickets in his debut match. In the third test, he bagged another five wickets for the Indian team.

Despite his budding performance and track record, Kuruvilla faded out of the Indian team in no time. In 2012, he was appointed as the national selector from BCCI. He was also a talent headhunter for the Mumbai Indians in IPL.

Debashish, a right-arm medium-fast bowler has played two Test Matches and 45 One Day Internationals from 1997 to 2001. Mohanty was a part of Odisha in the Ranji Trophy and East Zone in the Duleep Trophy. After his winning streaks and bowling performance in the Ranji Trophy and other domestic cricket championships, he secured a place in the national team at the 1999 ICC World Cup.

He was the second-highest Indian Wicket taker after his senior Javagal Srinath who had played many more matches than him. He was one of the top 20 players of the ICC world rankings after he managed to secure 29 wickets from 17 One Day Internationals. Mohanty partnered with Harvinder Singh and managed to help India win the Sahara Cup against Pakistan.

However, Mohanty could not display the same winning spree in Test Cricket. His short International cricket career spanned for only four years. He played only two test matches in these four years. He was dropped out of the Indian Cricket Team in 2001.