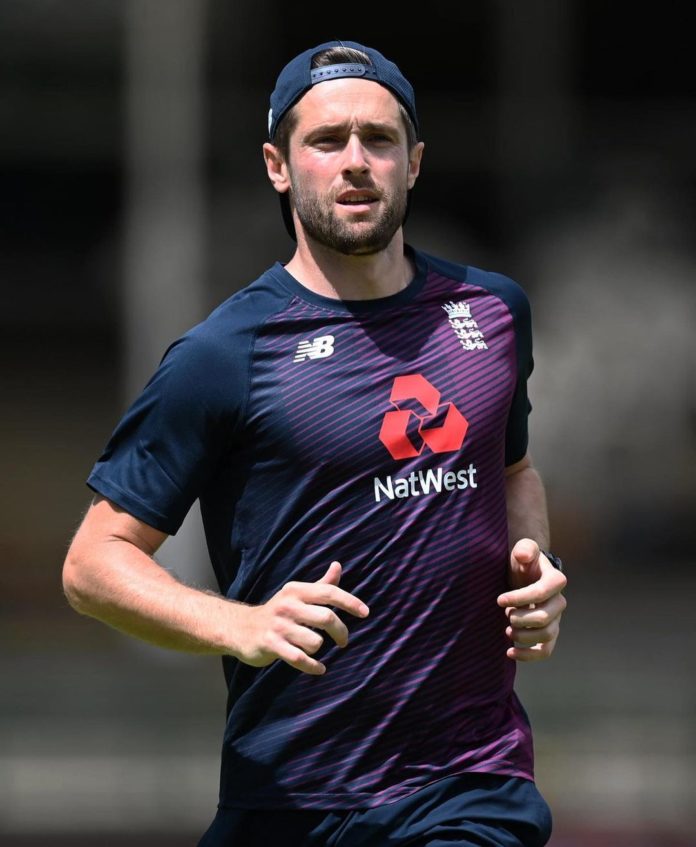 Sports in general often when played in groups or teams are not always fair, when it comes to giving recognition to each and every player. Some are often given more recognition than the others, and it doesn’t necessarily mean that the others are not good enough or anything like that. It’s just that some people get overshadowed, which is pretty normal in group sports. In this article, we are going to look at one of those underrated cricket players, Chris Woakes.

Born in 1989 on March 2nd, Chris Woakes is a 31-year-old English cricketer who plays for Warwickshire county cricket club and the England cricket team. He made his first debut in a Test match against Australia, during the Fifth Ashes Test in 3013.  When he was young, his father used to take him to a local Conservative club every Saturday near where they used to live back then. And, when he became a little older, both of them used to play snooker in the club’s Wednesday night team together. This is one of the fondest memories of Chris.

Family is the most important thing for Chris, and he values them more than anything else. This 31-year-old has become a central figure in England’s Test and ODI team. He played the most vital role in the 2019 World cup, which led to the team’s victory. He has essentially played in 12 of England’s 18 test series. And, was also named the PCA Player of the year in the summer of 2020.

Chris has played 98 ODI matches, where he has earned 142 wickets. Some of his match-winning moments in the last 18 months have proved him to be a very top-notch cricketer. He earned 3 wickets in England’s World Cup semi-finals win against Australia. Six of Seventeen wickets against Ireland in a Test match. He earned a five-wicket against West Indies in the third test this summer and has also played an impressive 84 not out against Pakistan which earned the team victory.

Even though Woakes has been consistent for two years, his value to England is still overlooked on a larger scale. Although, his teammates do not underestimate his capabilities. He is rarely spoken about with as much enthusiasm as his other teammates like Ben Stokes and Jos Buttler are talked about, despite him reaching a milestone of 1000 runs and 100 wickets in fewer Tests.

Even when Chris is often overshadowed by Anderson and Broad, two of the most well-known players who are at their peak at the moment, he has never had a moment of wariness. He instead feels that playing with them had in turn helped him learn more things. Nevertheless, for his commendable performance, Joe Roots has given Woakes the title of England’s “Mr. Dependable”.

Woakes as a person is also the reserved kind, he does not like to be in the limelight. But that doesn’t mean that he likes going unnoticed, he definitely likes and appreciates it when newspapers or reporters write or say nice things about him. Every person be it an extrovert or an introvert always likes and, in some way, craves appreciation, as it helps them to remain motivated and also to better themselves in their desired fields.

Although he does not like being the centre of attention, he definitely likes to make people around him comfortable. He is one of the most down to earth Person despite his success throughout his career. Even the staff at Warwickshire often talk about how he always comes into the office to catch up with them. He has a very nurturing personality so much so that he even went ahead to comfort New Zealand’s Martin Guptill i.e., the opposition team’s player, during the World Cup finals.

What Goes on Behind the Success of Chris Woakes

Although Woakes is undoubtedly talented, he also works really hard to keep his performance up to mark each time. He has learned the action of swinging the ball conventionally and reversing them. He is faster than what he is credited for. He is also a great batsman with refined techniques.

People who have worked with him or are working with him often talk about his diligence and hard work that he puts into maintaining and bettering his performance and also about the professionalism with which he plays. One of the examples of his dedication was when around five years ago he found out that his running speed needs improvement. That’s when he started working with one of England’s fitness coaches, and he worked so hard that now he is one of the fastest players on the team.

And he did not stop at that, every time he felt that his speed has reduced, he would practice again and again to reach the maximum speed he can.

Woakes was also one of the first players who arranged sessions with England’s nutritionist, Emma Gardner. He is someone who always pays attention to details, even on the fields during matches he has a pre-made plan in his head. He likes going according to plans that he knows will lead him to success. Woakes feels that he has taken up this trait from his father while growing up.

He now has a family of his own. His family consists of him and his wife Amie along with two children Laila and Evie, both two years old and three months respectively. His family has always been the most important part of his life and now with two children, he feels that family and home is the safest place he can ever be. He wants to give them the best opportunities in life that he can. Woakes doesn’t really watch cricket although he does sometimes watch football. Apart from being a remarkable cricketer, he is also a great golfer and an amazing snooker player.

Currently, he is also a World Cup winner of 2019, in which he played a vital role of bowling terrifically in the final matches which lead to England’s eventual win. He took the astounding three wickets in the final at Lord’s but it is often forgotten or overshadowed.

One of Woakes’ weaknesses is that he performs tremendously in England but as soon as he leaves his home country the quality of his performance declines. One such occasion on which Woakes underperformed was the first Test at Gabba, where he was only successful in taking one wicket for 113 runs.  Although it is natural that the playing environment will be different in every country, Woakes has to get out of his comfort zone, of his home country to be able to perform better. Nonetheless, he is aware of this drawback of his and is definitely working on improving his tactics.

Although Woakes does not think that he will be the first preference for the Test team away from home, there is still a slight chance of him being selected amidst the chaos and frenzied schedule of 2021. Last winter he worked with Darren Gough while on a trip to New Zealand to better his performance while playing away from home, and he definitely hopes that the training gives him steady stead during the match. Gough had advised him to focus on bowling on lengths rather than concentrating on the swings.

Apart from that, Woakes wants to play in many more matches, and his main aim is also to win the 2023 World Cup.

He feels that he is in a position where he will be able to perform well in matches that are away from home. And he also feels that he is in great sync with his body, health-wise which will, in turn, help him contribute in a positive manner to his team. He, as a matter of fact, knows that he does not want to stop and keep moving forward, and he is also at a point where he is confident in his gameplay and believes that he can produce better performance than what he has produced in his earlier days.

He says that he is eager to play for his team for as long as he possibly can. And he knows that he can actually play for a lot many years to come. He also feels that he has come a long way from back when he had started and it makes him feel ecstatic. Every time he goes on the field, he plays with all his heart and soul and tries to be the best for himself, his family and his team.