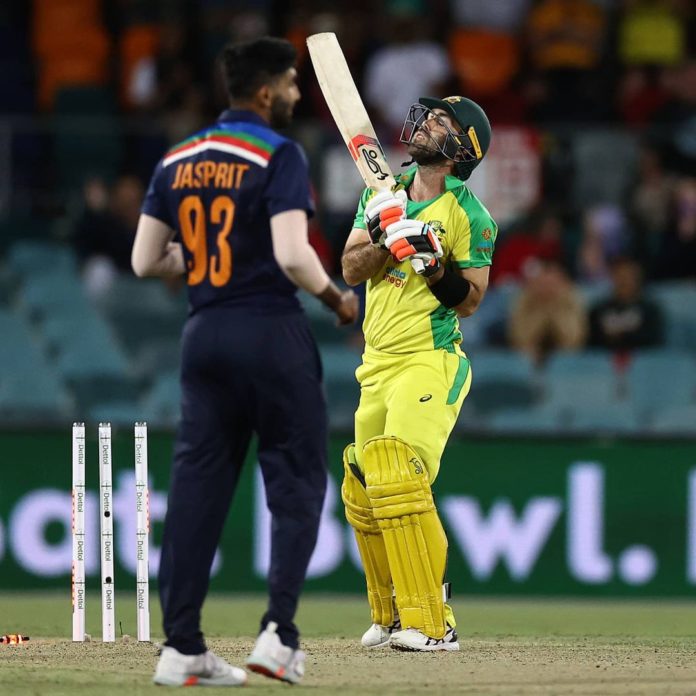 The Indian Cricket team had arrived for a two-month tour on 12th November in Australia. The current Indian cricket tour of Australia. The series is scheduled to begin on 27th November and is preceded with a 14 days Quarantine owing to the Global Pandemic. They will play four test matches, three 20-20 matches and three 1-day internationals.

In February 2020 BCCI had offered to play a day/night fixed Test Match. The India-Australia tour received approval from NSW on 22nd October 2020. The hosts of the match will be Sydney and Canberra. Also, the Indian captain Virat Kohli is on paternity leave during the latter part of Ind vs Aus series or current Indian cricket tour. He will not be a part of the Australia cricket tour after the first Test Match.  In his place, the Indian team will be led by Ajinkya Rahane.

The CEO of Cricket Australia, Kevin Roberts was seeking creative options for the Australia tour in April 2020 due to the Global Covid 19 Pandemic. A few options that they screened included playing the matches in a closed interior space at Adelaide Oval. They also considered playing 5 test matches in place of the earlier decided 4 matches.

Also, the Australia board was looking for innumerable solutions to get travel exemptions approved for the tour. In the same month, BCCI notified that it ensures that all the players are in a 14 days quarantine period to make sure that the tour is danger free and is not deterred by any player’s health. This ensured new developments and hope for the tour to happen. Kevin Roberts was sure that there was a higher probability that the tour would happen.

Initially, the Test Series would start at Brisbane in December 2020. The one-day international series was planned to begin in January 2021. Cricket Australia confirmed these fixtures on 28th May and Kevin Roberts added that the Test Match venues would be restricted to at most two locations due to the restriction imposed by the pandemic threat.

Also, current Indian cricket tour as per the initial reports, the 20-20 International matches was slated to begin on October 11th. There would be three such matches played together in October 2020. In July 2020, the pandemic threat caused a change in the plans and the respective cricket boards confirmed that the matches were postponed to 2021. Also, the T20 match was clashing with the Indian Premier League matches that would begin on 19th September and would end on 10th November.

The Australia Cricket Board had ensured that they would take all required precautions for the Boxing Day Test to go smoothly. Also, a schedule was going to be planned where the matches with limited-overs would be played before the onset of Test Series. Sourav Ganguly, who is the BCCI president, confirmed that on August 20th, the senior Indian men’s team would be travelling to complete the commitments of the future tours programme. Cricket Australia was seeking new venues if the need arises. They were also considering replacing Brisbane’s Ind vs Aus Series 2020-21 test matches with white-ball fixtures.

In October 2020, the itinerary was further updated and the schedule was made public. According to the published schedule the One-day International matches would be played in Brisbane. The Twenty20 would be played at Adelaide and Test matches would also be played in day/night fixtures at Adelaide. Confirmations were made by Cricket Australia that the limited over match would be taking place at Sydney Cricket Ground and Canberra’s Manuka Oval.

As Australia slowly started succeeding at eliminating the pandemic, decisions were made to allow crowds at the match venues. Cricket Australia later confirmed this news and has released the limited ground capacity for each match. Also, the tickets for each current Indian cricket tour and Ind vs Aus series 2020 match would be available two-three days before the match would start.

India declared its squad for the Australia tour which included Kamlesh Nagarkoti, T Natarajan and Kartik Tyagi as additional bowlers for the team. Initially, Ishant Sharma and Rohit Sharma were not playing in this tour as they had faced injuries in the 2020 Indian Premier Leagues matches. Due to that, these two players are not a part of the tour. K.L Rahul replaced Rohit Sharma as the Indian Vice Captain for all limited over matches. The BCCI on 9th November declared Virat Kohli’s Paternity leave. He will not play in the tour after the first Test Match.

Australia’s T20 and ODI Squad (Captain  would be Aaron Finch)

Itinerary of Ind vs Aus Series

IPL History: Most Expensive Player in Each IPL Season 2008 to...