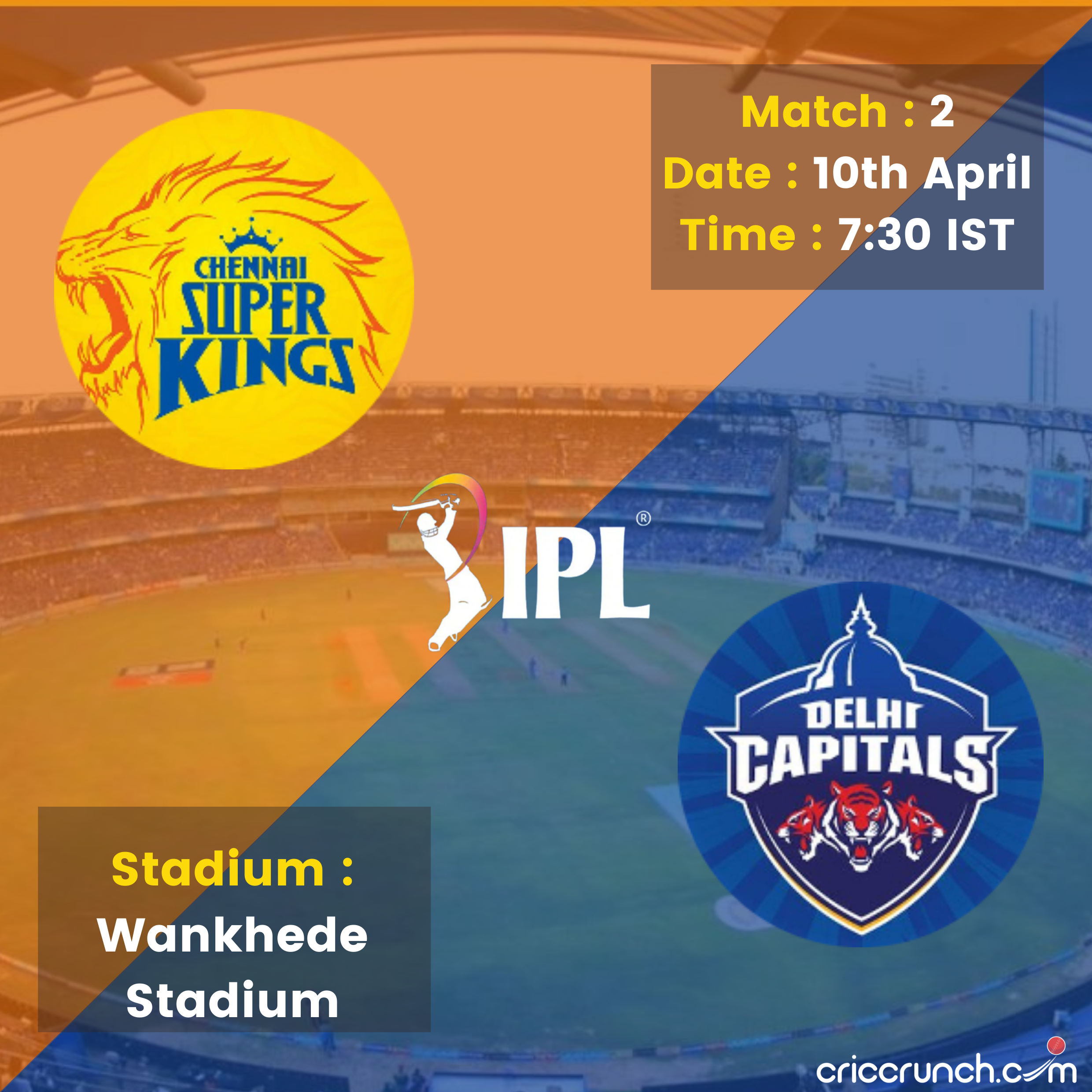 DC won the toss and they chose to ball first

LBW by Avesh Khan, it was an early set back for CSK as it was a duck for Faf du Plessis in just 1.4 overs.

Moeen Ali, comes to the crease!

Though Raina always batted at number 3, Moeen Ali got promoted to play at number 3.

Awesome delivery by Woakes! He got the advantage by pushing Ruturaj into defensive mode and got a thick edge and Dhawan took an amazing catch at slip.

Suresh, comes to the crease!

A quick fire from Moeen Ali, gave hopes with his good strike rate ‘150’.

In the 8th over, Ashwin comes into the attack again. Ashwin smacked for 2 sixes in the first 2 deliveries by Moeen Ali, but Ashwin gets him by getting top edge on the shot.

It was not an easy catch, but Dhawan who was on short third man, successfully completed the catch.

It’s a 39th Half Century for Suresh Raina! Chinna Thala is back after 707 days.

After the fall of Raina and Ambati, Dhoni comes to the crease.

Oh no! A sad moment for Dhoni fans, it was a duck for him in his first appearance in IPL 2021.

In the end, a quick blaze by Sam Curran. He ended up with quite a competitive target for a total of 188.

Prithvi Shah and Dhawan are at the crease!

A 50 run partnership was made by Prithvi and Dhawan, in the 5th over.

The capitals are on fire with their powerplay. Both dhawan and Shaw made 65 runs, it was DC’s highest powerplay score ever.

What a play by Prithvi! A quick 50 by him with perfection.

A 50 for Gabbar too! He is back with his forever love for striking against the yellow brigade.

A successful first wicket partnership of 100+ runs between Shaw and Dhawan. It was Delhi’s first opening partnership in 69 innings of DC vs CSK.

After Shaw and Dhawan, Marcus Stoinis and Rishab Pant do the rest till the end in 18.4 overs.