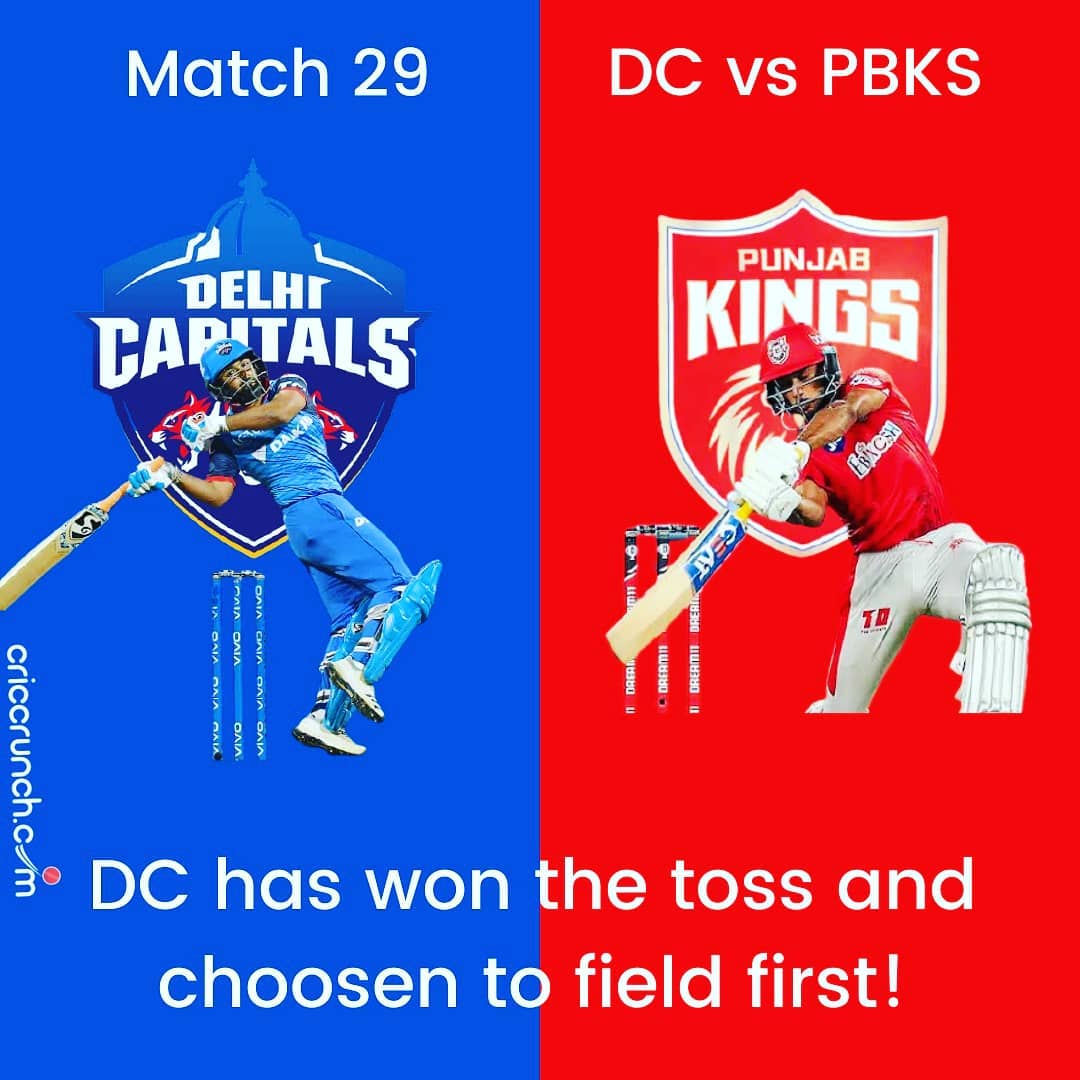 With Head to Head encounters of 27 times of these two teams, Pbks winning 15 times and DC by 12 times.

Let’s take a dig into more insights from

GAME IS ON- PBKS INNINGS

Mayank and Prabhsimran will open the batting for PBKS on the ball by Ishant Sharma.

A very slow and dead start without any run in the first over.

Prabhsimran leaves in the fourth over with Gayle to join the game.

And it’s again a Wicket.Power Play ends on a good note for Team Delhi.

Delhi is making hard in every over for PBKS to score runs.

With two wickets in the fourteenth over by Axar it seems the game is going away from PBKS hands.

It’s a Fifty for Mayank.

PBKS loses its other two wickets in the 18th and 19th over with it’s Captain Mayank still going on.

The Last over started and ended with a boundary.

Stunning innings by Mayank with 99 runs off 58 balls.

More from Delhi Capitals Vs Punjab Kings Highlights as the Second innings starts.

With a target score of 167 runs DC started its innings with Shikhar and Prithvi on the crease.

Riley from Pbks to ball against them.

Wonderful game by Delhi as of now.

End of Power Play at 63 runs and no wicket loss.

Delhi loses its first wicket of Shaw soon after it and now Smith joins Shikhar on the crease.

Meredith dismisses Smith in the 13th over.Good catch by Malan.

Dhawan is going strong and completes his Fifty.

Punjab needs to focus more and get 2-3 wickets soon as Delhi needs only 41 runs from 6 overs.

Mayank caught Pant’s ball for a boundary in the seventeenth over.

Heyter is the new man in.

And it was an easy game for Delhi.

Team Delhi with it’s sixth win of this season are now on the Top of the points table.

Man of the Match–Mayank Agarwal (PBKS)