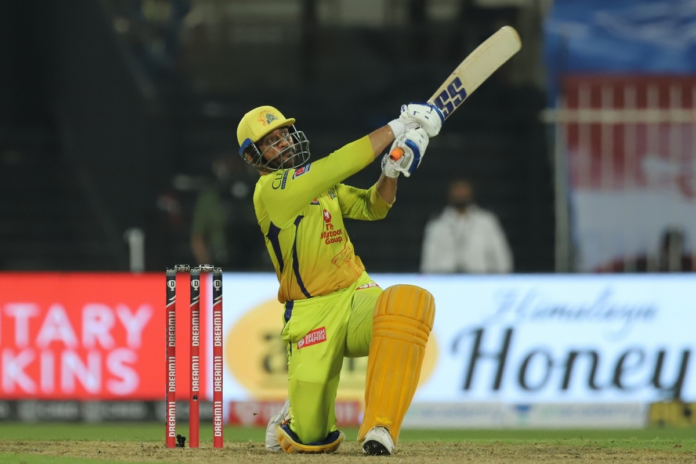 Mahendra Singh Dhoni is an integral part of the Indian Premier League. MS Dhoni is the reason why this tournament was even started in the first place. Had he not led India to win the Twenty20 World Cup in 2007, BCCI may have never taken the T20 format seriously.

The 39-year-old was part of the Chennai Super Kings team from the very beginning of the Indian Premier League. He was the most expensive player in the IPL for the first season auction- US$1.5 million. Dhoni’s highest score in IPL history is 84* in 2019 against Royal Challengers Bangalore.

Which team has scored highest in IPL?

Royal Challengers Bangalore with a score of 263 of 5.

Which Batsman has the highest record of the individual score in IPL?

Chris Gayle from Royal Challengers Bangalore team has scored the highest record of individual score. He scored 175* in 2013.

What was Mahendra Singh Dhoni’s score in 2020?

Mahendra Singh Dhoni is also known as King of the IPL. He is a right-handed batsman and wicket-keeper. Initially, Dhoni appeared as a lower-order attacking batsman but he gradually changed his playing style to deal with high-pressure.

He is a powerful hitter of the ball and is still one of the fastest men in running between the wickets in the world. His wicket-keeping skill is widely praised by cricket experts. He has a world record for the highest number of stumpings by any wicket-keeper: 161.

MS Dhoni is one of the greatest captains that the Indian cricket team or the IPL has ever had. On 22 April 2019, Dhoni scored the highest in Indian Premier League history against Royal Challengers Bangalore at the M. Chinnaswamy Stadium.

MSD scored 84* off 48 balls studded with seven sixes and five fours, not only did MS Dhoni register his highest score in Indian Premier League history but the Chennai Super Kings captain also became the first Indian to hit 200 sixes in the tournament.

MS Dhoni became only the third player in Indian Premier League history to reach the landmark of 200 sixes. Chris Gayle occupies the top spot in the list with a whopping 323 hits over the boundary while RCB star AB de Villiers is second with 204 sixes.

Dhoni has played 174 matches as captain – the most in the history of IPL.MS Dhoni’s numbers in the IPL have been nothing short of brilliant. Mahi has batted in 182 innings, aggregating 4632 runs at an average of 40.99. Dhoni has registered 23 fifties in the league.

Here’s a Look at Dhoni’s Performance as a Batsman in IPL over the Years:

Apart from CSK, Dhoni has also represented the Rising Pune Supergiant franchise in the IPL from 2016-2017. However, Pune finished second-last (7th) in 2016. But Dhoni rejuvenated his team in 2017 and went on to reach the final of Indian Premier League 10th edition, and lost to Mumbai Indians in the finale

The right-handed batsman turned up for Rising Pune Supergiant in 30 IPL games, scoring 574 runs at a strike rate of 124.78.

In the 2018 IPL season, Chennai Super Kings returned to IPL, and Dhoni was again selected to lead the franchise. Dhoni scored 455 runs in the tournament and led his side to their third IPL title.

Some of the other Records that Mahendra Singh Dhoni holds in the Indian Premier League:

Most Matches as Captain

Dhoni, who holds the record for captaining in most international matches, has also captained the most in IPLs. Dhoni has led Chennai Super Kings in ten seasons and Rising Pune Supergiant in one.

Most Wins as Captain

MSD who has won three Indian Premier League as Chennai Super Kings captain also holds the record for most wins in the IPL as captain. Dhoni has 104 wins, only captain to have 100 wins in IPL. Dhoni’s win percentage is 60.11.

Most Successful Keeper in IPL

With 132 dismissals, as wicketkeeper MSD has the most dismissals in IPL. MS Dhoni has inflicted 38 stumpings which are also the most by a wicket-keeper in IPL. Dhoni has taken a total of 94 catches and 38 stumpings behind wickets.

Most Sixes by an Indian Batsman

MS Dhoni has smashed 209 sixes in IPL so far, most by an Indian batsman and 3rd overall behind Chris Gayle – 326 and AB de Villiers – 212. Dhoni’s nearest competitor is Mumbai Indians captain Rohit Sharma and Suresh Raina. Both of them have hit 194 sixes in the Indian Premier League.