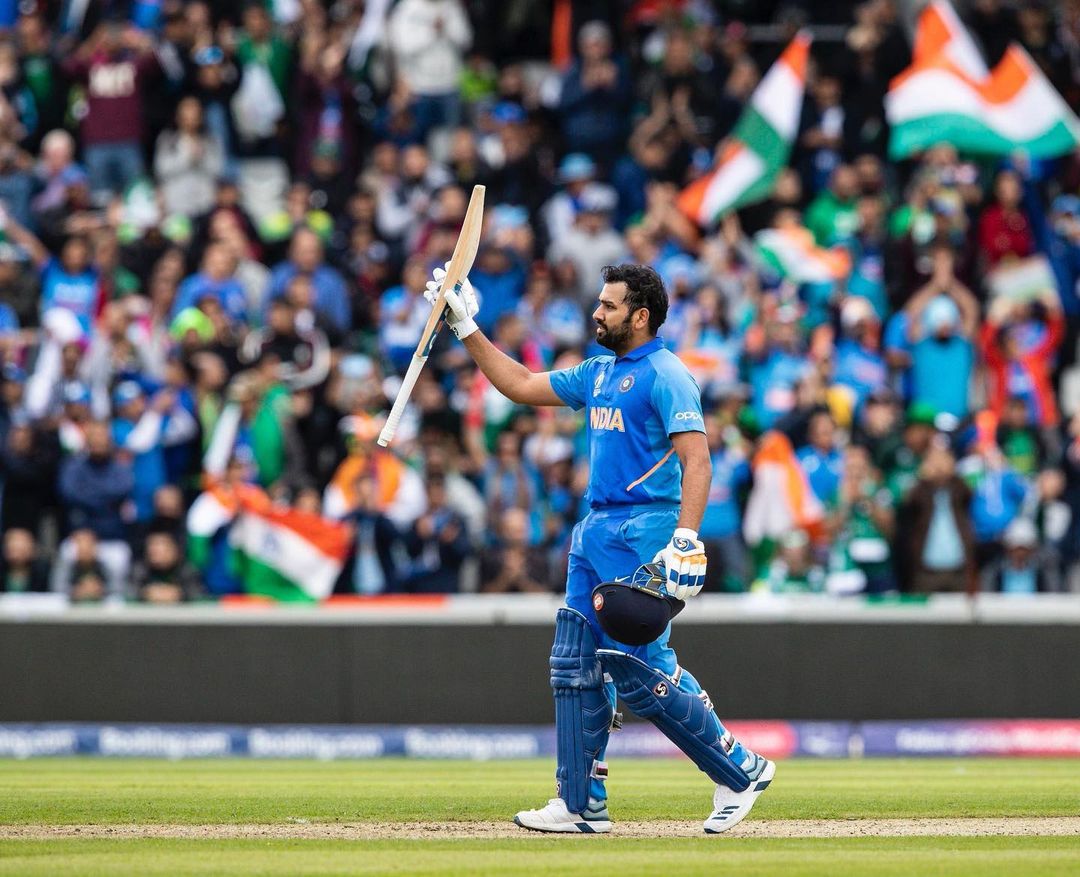 Greatest Batsman Rohit Sharma is a household name for anyone in love with cricket. With his incredible batting skills and world records, Rohit Sharma has managed to take the Indian Cricket team in a storm and has ended up winning a thousand hearts of Indian Cricket lovers. His entire journey hasn’t always been beds and roses. In fact, he had one of the difficult situations as a child before he began pursuing cricket, and then his entire life changed. This article is an ode to one of the best Indian cricket batsman who has got one so many runs and brought India to victory.

Who is Rohit Sharma That Everyone Raves About?

Greatest Batsman Rohit Sharma, born Rohit Gurunath Sharma is an international cricket player. He is a right-handed batsman. In domestic cricket, he plays for the Mumbai team and he also serves as the Captain of the Mumbai Indians team in the Indian Premier League. He also sometimes serves as a right-arm off-break bowler. In the limited-overs format, he plays the role of the vice-captain in the Indian national team.

What was Rohit Sharma’s Life Like Before he Became One of The Most Celebrated Batsmen in the Limited Overs format?

Rohit Gurunat Sharma was born in 1987 in Bansod, Nagpur in Maharashtra. Purnima Sharma, his mother, was from Vishakhapatnam. Gurunath Sharma is his father. He has a younger brother called Vishal Sharma.  His father used to work in a transport firm storehouse as a caretaker.

Due to the nature of his father’s work, the family had a very low-income level. His parents sent him to live with his uncles in Borivali. His grandparents were the ones who raised him. His parents lived in Dombivli in a small house with a single room in it. Greatest Batsman Rohit Sharma had the chance of visiting them only during the weekends.

How did Rohit Sharma Begin His Career in Cricket?

Greatest Batsman Rohit Sharma first began playing cricket in a cricket camp in 1999. His uncle paid the money to help him join the camp and start training. Dinesh Lad was his coach in the cricket camp. Dinesh Lad also served as the coach in Swami Vivekanand International School. He asked Rohit Sharma to shift to the school he was coaching at so that he could help him. He also told him that Swami Vivekanand International School had better cricket facilities to help him train better.

Greatest Batsman Rohit Sharma wanted to join the school but he didn’t have the money to do so. He told his coach Dinesh Lad about it. His coach then spoke with the management of the school and managed to get him a scholarship for four years. He didn’t pay any money for his education throughout the four years and began training in cricket.

In the beginning, Greatest Batsman Rohit Sharma began playing as an off-spinner. He was someone who could bat for a bit. Dinesh Lad had noticed his ability in batting. Dinesh Lad wanted him to improve his skill. So he changed his position from the eighth position to an opener for innings. He then played in the Harris and Giles Shield school cricket tournaments and scored a century when he debuted as an opener. This is the beginning of his career as a fabulous batsman.

Rohit Sharma’s Career as a Youth and in Domestic First-Class Cricket:

In the Deodhar Trophy that happened at Gwalior in March 2005, Greatest Batsman Rohit Sharma made his debut in List A cricket. He played for West Zone and against Central Zone. He first batted at the number 8 position. He won about 31 runs, not out, playing for West Zone. The team won by 3 wickets and had 24 balls remaining.

He debuted along with Cheteshwar Pujara and Ravindra Jadeja in the same match. In the same tournament that happened at Udaipur, Rohit Sharma scored an innings of 142 runs in 123 balls against North Zone. This was the same match that brought the spotlight on him.

Rohit Sharma went along with India A squad and visited Abu Dhabi and Australia. In the same year for the upcoming International Cricket Council Champions Trophy tournament, Rohit Sharma was included in India’s 30 member probables list, but he did not make it to the final list of the squad.

The Mumbai team won the tournament that year. Greatest Batsman Rohit Sharma scored 57 runs, making a half-century in the second innings of the final match that the team played against Bengal. Rohit Sharma spent the entirety of his domestic first-class career playing for the Mumbai team.

He made the highest score of his career in the Ranji Trophy in December 2009. He played against Gujarat and scored about 309 runs, not out. The former Captain of the Mumbai team, Ajit Agarkar, retired during the 2013 – 14 season. Greatest Batsman Rohit Sharma was appointed as the Captain of the Mumbai team following his retirement in October 2013.

Achievements of Greatest Batsman Rohit Sharma Throughout His Career in Cricket:

Some of the National Honours that Greatest Batsman Rohit Sharma Had Won:

Other Honours Won by Rohit Sharma:

These achievements are just a few of the notable ones achieved by Greatest Batsman Rohit Sharma, but his achievements reach more than that. His remarkable and aggressive batting style has gained him a lot of fans across India and also all around the globe, making him one of the greatest batsmen that India could ever ask for.