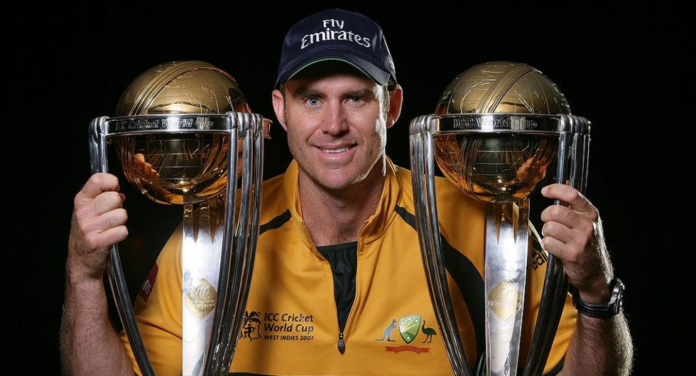 Australia was a founding member of the ICC having played the first Test match against England in March 1877 at the Melbourne Cricket Ground. Highest Test Score Scored By An Australian.

They have played a total of 832 matches, second only to England who have played just over 1,000.

As of December 2020, Australia is the most successful team in Test cricket with an overall winning percentage of 47.35, ahead of their nearest rival South Africa on 37.72.

Top-order batsman and former captain Don Bradman hold several batting records. Considered to be the greatest batsman of all time, he played 52 Tests between 1928 and 1948.

He also holds the highest fifth-wicket partnership with Sid Barnes with 405 runs, set during the 1946–47 Ashes series, the oldest of the wicket partnerships records. A further two Australian partnership records for the second and the sixth wickets set by Bradman still stand.

Australia has played the second-highest number of Test matches, behind England who has competed in 1,028. Australia has never lost or drawn a match against Zimbabwe, the only team to do so.

Australia is also the only team to win their debut Test match with every other team losing their first Test except Zimbabwe who drew against India.

Australia’s Don Bradman, widely acknowledged as the greatest batsman of all time, finished his Test career with an average of 99.94.

Adam Voges, who retired in 2016, has the second-best career average in Test cricket with 62.00.

Matthew Lawrence Hayden had a career span of fifteen years. Hayden was a powerful and aggressive left-handed opening batsman, known for his ability to score quickly at both Test and one-day levels.

Hayden holds the record for the highest score made by an Australian batsman in Tests– 380.

This is also the record for the highest individual test score by an opening batsman in Tests.

Hayden scored 380 runs from only 437 balls to set a new world record.

A left-handed opening batsman Warner is the first Australian cricketer in 132 years to be selected for a national team in any format and served as the Australian vice-captain across Test and ODI formats of the game between 2015 and 2018.

Warner became the first batsman to score a triple century at Adelaide Oval with a score of 335* against Pakistan.

He was the seventh Australian batsman to score a triple century and the fourth to do so at an Australian ground.

He holds the second-highest Test score by an Australian batsman, behind only Matthew Hayden.

The Aussie skipper finished day two unbeaten on 334* in his team’s total of 4-599, level with Sir Donald Bradman’s Australian record score, which had stood for over six decades.

Sir Donald George Bradman nicknamed “The Don”, was an Australian international cricketer, widely acknowledged as the greatest batsman of all time.

Bradman’s career Test batting average of 99.94 has been cited as the greatest achievement by any sportsman in any major sport.

In the first Test, he made 131, in the second he made 254, and by stumps on day one of the third Test in Leeds, he was 309 not out, having hammered a century before lunch.

He is regarded as one of the best batsmen of his generation. The number 329 will forever be associated with Clarke as he became just the fifth Australian to score a Test triple century.

In 2012 in his record-breaking match he came to the crease with the Aussies in a spot of bother at 3-37 late on an opening day having ripped through India for just 191.

His declaration came after Hussey reached 150, and Australia went on to claim victory by an innings and 68 runs.

These are the top five Highest test scores scored by an Australian Batsman.

Also Check Out:- Best Australian Bowlers of All Time

Best Australian Bowlers of All Time