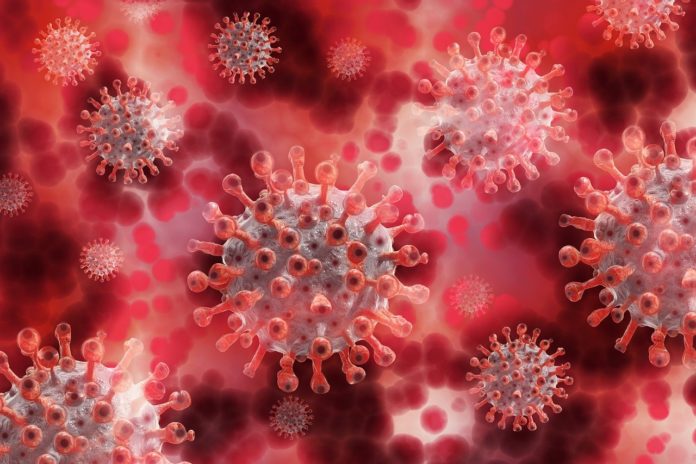 Ongoing India vs Australia tour faced a threat due to five players that breached the Covid 19 protocols. The entire Indian Cricket Team and their support staff had to undergo Covid 19 tests to play more matches. On 4th January 2020, all the team members and their staff were tested negative and can play without any hurdles in the forthcoming Test Match on 7th January 2020. Rohit Sharma, Prithvi Shaw, Rishabh Pant, Shubman Gill and Navdeep Saini were the five players who breached the protocol.

The Covid 19 Protocols Imposed On The Players

Cricket Australia had imposed some Covid 19 regulations for the ongoing India tour of Australia. During the initial India vs Australia series planning, the BCCI stated that the players could not share food or go for any outings. The players had to stay in isolation and were not allowed to meet their friends and family members. Due to no reported Covid 19 cases in Sydney, CA and BCCI jointly decided to reduce the protocol intensity. The family members could also accompany the players and sharing food was also permitted. As per the latest guidelines, the players are not allowed to have meals at indoor restaurants. They are not allowed to use any public transport but can walk in the city where they are residing.

The issue started on New Year when an Indian cricket fan put up a video on Twitter. Twitter user- Navaldeep Singh posted a video on Twitter and put a video where the five players-Rohit Sharma, Prithvi Shaw, Rishabh Pant, Shubman Gill and Navdeep Saini were having food at a restaurant in Melbourne. The video was enough evidence to prove that the players had violated the Covid 19 guidelines by visiting an indoor restaurant. Initially, the fan posted that he was surprised to see his favourite players sitting at the same restaurant. Later, he went ahead and posted that he had paid their bills as that was the least he could do for his superstars. Finally, when the players got to know about his kindness they wished to pay him back the money. They later clicked a picture and Pant hugged him.

His Posts Were as Follows:

When they got know that i have paid the bill.. Rohit sharma said bhaji pese lelo yaar acha nai lagta.. i said no sir its on me. Pant hugged me and said photo tabhi hogi jab pese loge wapis. I said no bro not happening. Finally sabane photo khichwai 🙂 mja aa gya yaar #blessed

When the issues fueled more, the fan claimed to have never hugged Pant. He posted on Twitter and tagged the BCCI and CA with a clarification.

Clarification – Pant never hugged me it was all said in excitement we maintained social distance all thru:) Apologies for miscommunication @BCCI @CricketAus @dailytelegraph

Many fans lashed out on social media and blamed the enthusiastic fan while others blamed the players for putting others at risk. The BCCI and CA raised concerns about the issue and have scrutinized the video for the aforementioned claims.

The BCCI and CA investigated the matter and put the five players in isolation. The video was proof enough to prove the players guilty. After consulting with the Australian and Indian medical teams, the five players were isolated but allowed to continue training. CA also stated that the five players would commute separately to the next venue. It was important for the authorities to clarify if the players were aware of the dining rules. The investigation also targeted the administrative manager and the cricket operations point person responsible for the entire team’s actions and modalities.

Recently, Rohit Sharma had arrived from India and completed a 14 day quarantine period in Sydney. It was reported that a BCCI senior member has stated that the Indian players were aware of the guidelines and had not breached any protocols. He added that the Australian media must have exaggerated the issue after a straining defeat in the last match.

Due to the intensity of the fuelled up situation, the BCCI and CA jointly agreed on testing the entire team and support staff for Covid 19. Before the third Test match on 7th January, all the players including Rohit Sharma, Prithvi Shaw, Rishabh Pant, Shubman Gill and Navdeep Saini tested negative. All the members of the support staff have also tested negative. The team underwent an RT-PCR test on January 3rd.  The BCCI has officially released a statement about the test results. The players are now cleared by the CA to play for the forthcoming matches at Sydney Cricket Ground.

More Players Are Rumored To Have Breached The Security Protocols

Two more players had reportedly breached the Covid 19 guidelines in December. Virat Kohli and Hardik Pandya had visited a baby store in Sydney. They had stopped to buy some toys and clothes for their little ones. The images that surfaced in Australian media clearly showed both the players clicking photos without wearing a mask. The matter was not investigated further as there were no signs of any serious implications due to the breach.

There was also an issue reported that the Indian players stepped out at night to visit the Waffle and Coffee in Leigh Street, Adelaide. The players were not wearing a mask and a few of them went inside to place orders.

Meanwhile, social media had erupted with raging fans supporting the Indian cricket team and making different speculations and facts about the issue.

The India vs Australia series culminated on 26th November 2020. Many crucial players were sitting out of this tour due to Covid 19 regulations and injuries. Rohit Sharma was undergoing treatment for a hamstring injury that he faced during IPL. Virat Kohli left the Test series for his paternity leave after the first match. In his absence, Ajinkya Rahane is leading the Test match squad. Ajinkya Rahane was applauded for his captaincy in the second Test Match. Along with his leadership traits, his performance at the Boxing Day test was exemplary. Till date, Rahane has displayed a cent percent captaincy record as interim captain.

The India vs Australia series started with the ODI series on 26th November 2020.  Three ODI matches were played. The Indian team witnessed a disastrous start by losing the ODI series by 2-1. The three Twenty20 match series began on December 4th and ended on December 8th.  India won two out of the three Twenty 20 series. Thereafter, the Test match series started on December 17th. Two test matches have been played till now and both the teams have won a match each.