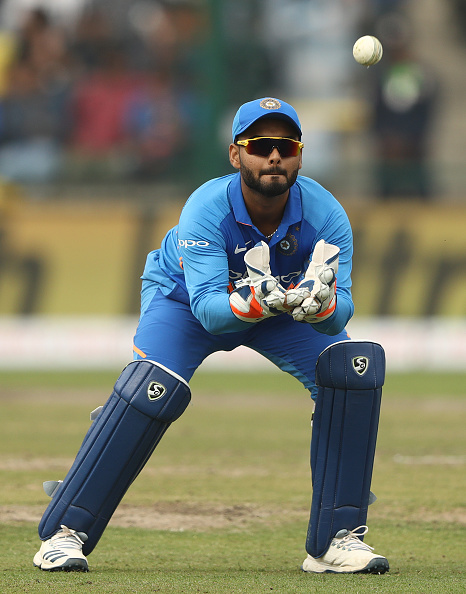 When you search Indian Wicket Keepers, the one name that comes to mind is Mahendra Singh Dhoni. He is regarded as one of the greatest Indian wicket-keeper.

Wicket-keepers have a very important role in the cricket match. But sadly wicket-keeping is the most underrated art in the game of cricket, like batsmen and bowlers the keepers also need to adjust to the conditions and game strategy. India has a long list of Indian wicket-keepers who have impressed with their skills.

So here is the list of Best Indian Wicket Keeper for 2021.

KL Rahul is going to play from Punjab Kings in IPL 2021. If KL Rahul continues to keep playing like this he will surely become one of the best wicket-keeper in the world.

The second in the list of Indian wicket keepers is Rishabh Pant. He is a professional Indian cricketer who plays as a middle-order wicket-keeper batsman for India. He is one of the most talented players of this generation and always in news for his talent and aggressive instincts.

Rishabh Pant is the new captain of Delhi capitals for IPL 2021. He has been India best wicket-keeper in the longest format of the game.

The third in the list of Indian wicket keepers is Sanju Samson. He became the first wicket-keeper batsman who scored a double hundred in the Vijay Hazare trophy. He is one of the most talented Indian wicket-keeper.

Samson is the captain of Rajasthan Royals in IPL 2021. His wicket-keeping skills may not have been shown in international cricket but you can see his potential in IPL performances.

The fourth on the list of Indian wicket keepers is Ishan Kishan. He is a left-handed batsman and wicket-keeper. In the under 19 World Cup 2016 he became another candidate to become the permanent keeper for India.

Ishan Kishan has shown his full potential in domestic and IPL cricket. In IPL 2021 Ishan Kishan is going to play with Mumbai Indians. In the coming years, he can be easily spotted behind the stumps.

The fifth on the list of Indian wicket keepers is KS Bharat. KS Bharat became the first wicket-keeper batsman to score a triple hundred in the Ranji trophy in 2015.

In IPL 2021 he is going to play for Royal Challengers Bangalore. He was also named as one of the five standby players in the India test squad for their series against England in 2021. Taking all this record into consideration he is considered to be the best option in Wicket-Keeping for the Indian cricket team.

These were the top five Indian Wicket-Keepers for 2021.