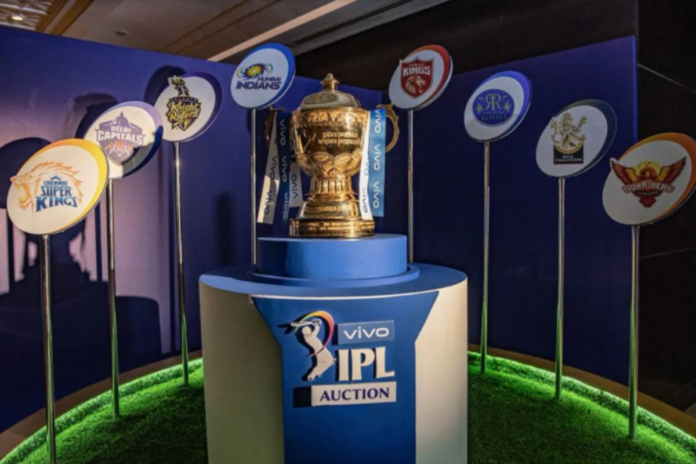 Indian Premier League or IPL Auction 2021 was concluded on 18th February 2021. The Eight franchises buy 57 players at IPL Auction. Once again the VIVO is the title sponsor for IPL.

The auction was conducted in Chennai with 57 players filling up the 61 available slots.

The eight franchises went for some of the finest talent available, giving them a chance to unleash their potential and make an impact in the upcoming edition of the tournament. The all-rounder was mostly in demand.

Chris Morris was sold to Rajasthan Royals for a whopping sum of INR 16.25 Crore and became the most expensive player bought in the IPL Auction history.

Kyle Jamieson and Glenn Maxwell were both sold to Royal Challengers Bangalore whereas K Gowtham and Moeen Ali were sold to Chennai Super Kings.

A total of 292 players were enlisted for the shortened auctions — 164 of them Indian and 125 overseas. With the IPL back in India after being held in the UAE last year due to the COVID-19 pandemic, the focus in IPL 2021 will be on big-hitters and on slow bowlers.

However 11th April is the tentative date to start IPL 2021. The series against England finishes in March and players will get a good break with the 11th April start for IPL 14th. But the official date is not yet announced.

Here’s the Updated List of Eight Squads for IPL 2021:

Is Shahrukh Khan sold to Kings XI Punjab, who is Shahrukh khan?

Who is the most expensive player for IPL 2021?

Who was the Most Expensive Uncapped Indian Player at IPL Auction 2021?

Krishnappa Gowtham, the Karnataka all-rounder, was bought by Chennai Super Kings for a whopping Rs. 9.25 crore at the IPL 2021 auction. He became the most expensive uncapped Indian player in IPL history.

Arjun Tendulkar went to the Mumbai Indians and was the last pick of the day. He was bought at his base price of Rs 20 lakhs.

What Happens to the Unsold Players after the Auctions?

If a player goes unsold in the first round of IPL Auctions, he might be bought by a team in the subsequent rounds, including the accelerated round.

However, if a player is unsold by the time the Auctions come to an end, it becomes evidently clear that he will not participate in that year’s IPL.

In case one of the players from a team gets injured, an unsold player might still get a chance, but that is seldom the case.

Who Gets the IPL Auction Money?

The player whose contract has been bought for three years by a franchisee gets the amount of the winning bid, each year for the next three years.

For example, if a player is bought in the auction for one Crore, the franchisee pays him one Crore every year for the next three years.