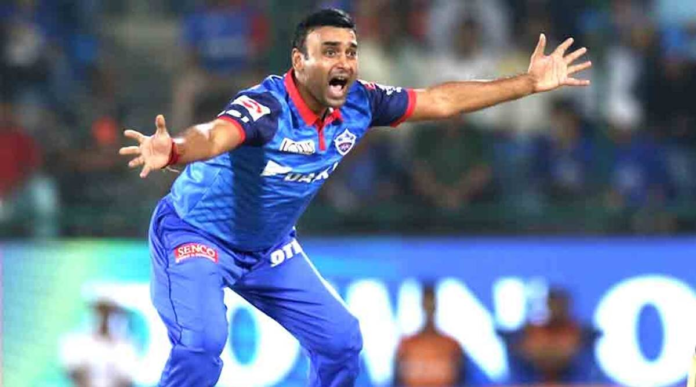 Through the years great spinners of cricket have graced the Indian Premier League / IPL  with their magic, Spinners have a big role to play in the shortest format of the game as they take the pace away from the ball.

Spin Bowling is a technique in Cricket, in which the ball is delivered slowly but with the potential to deviate sharply after bouncing and the bowler is referred to as Spinner.

Here’s the list of Top 10 IPL Best Spinners over the years:

Amit Mishra is the most successful wicket taking spinner in the IPL history.

This is the highest tally by Indian cricketer in the IPL. Behind Lasith Malinga he is overall a very successful bowler.

Mishra plays for Delhi Capitals and has the most hat-tricks in the IPL tournament.

Piyush Chawla plays with Kolkata Knight Riders in the IPL and has become one of the most dependable players in the team.

Equally talented with the bat as he is with the ball, Chawla comes at number three in after Lasith Malinga and Amit Mishra in scoring maximum wickets.

Harbhajan Singh is one of the most experienced players in the IPL.

Harbhajan Singh was India’s premier spinner in International Matches and was a regular feature in the Mumbai Indians before moving to Chennai Super Kings.

Harbhajan Singh stats makes him stand at fifth position in overall IPL stats however he didn’t play the IPL 2020 because of COVID-19 Pandemic but still his performance is better than many .

Ravichandran Ashwin is one of the most respected spinners in the world.

His presence to Delhi Capitals has made an important addition to their ranks through a trade with Kings XI Punjab.

The wily off-spinner has been legendary with his performances in IPL.

Narine, an opener by KKR, has given blazing starts to his side and became a threat to the opposition in the early part of the innings.

Narine is a constant presence for Kolkata Knight Riders and is a proven match-winner.

Chahal became the first Indian bowler to have picked up a five-wicket haul in T20Is. Chahal who has been a part of Royal Challengers Bangalore since 2014, has gone on to take 23 and 21 wickets in the 2015 and 2016 season of the league.

With his knack of picking wickets at regular intervals, Chahal made his debut for Team India that toured Zimbabwe in 2016 and was later given an opportunity against England in the T20Is, which he grabbed to the fullest.

Jasprit Bumrah has emerged as India’s No. 1 bowler across all formats. His transition from white-ball cricket to red ball has been seamless and he now has five-wicket hauls in South Africa, England and Australia.

From getting Virat Kohli as his debut IPL wicket, Bumrah’s stature has grown rapidly and he is a vital cog in Mumbai Indians wheel.

If the IPL is all about spotting Indian talent and giving them the platform, the credit for Bumrah’s rapid rise must go to Mumbai Indians.

Axar Patel is the bowling all-rounder from Gujarat.

In 2019 he joined Delhi Capitals for a whopping Rs 5 crore at the IPL auctions making him the second most expensive player for the franchise.

He was later retained by the Delhi franchise for the IPL 2020 as well. Axar economical left-arm spin bowling and handy batting lower down the order made him an asset for India in the limited-overs formats, with his left-arm orthodox spin perfectly complementing the leg-spinners in the ranks.

Imran Tahir At 37 years of age, Imran Tahir became the World No.1 bowler in the shortest format of the game.

The tenth edition of the league saw excellent performances by Tahir as he ended up picking 18 wickets in that season.

Rashid Khan an Afghanistan leggie, ever since his debut IPL season in 2017, Rashid has garnered all the right eyeballs owing to his mastery with the ball.

The leg-spinner turned in a few memorable match-winning efforts in Sunrisers Hyderabad journey to the finals of the 2018 edition.

He took 21 wickets and emerged as the second-highest wicket taker in that edition. Over the years he has been one of the most sought after players in T20 leagues and with a wealth of experience, he is a threat to the opposition.