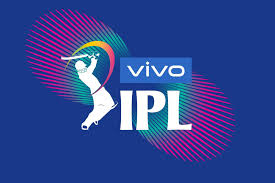 Indian Premier League (IPL) is every cricket lover’s festival. The eight teams consisting of Indian and overseas players compete with each other and win the IPL trophy and prize money. The 2020 winner was Mumbai Indians who received 20 crores. IPL takes place every year in the months of March to May.

The first IPL match was played in 2008 and in 2021 this is IPL’s 14 edition. The BCCI – Board of Control for Cricket in India founded the IPL and IPL is the most-attended cricket league in the world.

The company is headed by Former BCCI President N. Srinivasan.

Founded in 2008 as the Delhi Daredevils, the Delhi Capitals (New Name) now is jointly owned by the GMR Group and the JSW Group.

The GMR and JSW group shares 50-50 % of the shares of Delhi Capitals.

The JSW Group is an Indian Multinational Conglomerate based in Mumbai. It is led by Sajjan Jindal and is part of OP Jindal Group.

The Kolkata Knight Riders are owned by Bollywood actor Shah Rukh Khan, actress Juhi Chawla and her spouse Jay Mehta. The franchise, which has gained immense popularity due to its association with celebrity owners.

The Actress Juhi Chawla and her spouse Jay Mehta of Mehta Group of Companies is a conglomerate based in Mumbai that shares 45% of Kolkata Knight Riders shares.

The Mumbai Indians are based in Mumbai, Maharashtra and were founded in 2008.

The Mumbai Indians is owned by Mukesh Ambani and his wife Neeta Ambani under the banner Reliance Industries Limited.

The Punjab Kings is a franchise cricket team based in Mohali, Punjab which was established in 2008 as the Kings XI Punjab but now its name is changed to Punjab Kings.

Mohit Bumrah holds 46% of Punjab Kings Share, he is an Indian Businessman and Managing director of Elephant Capital PLC.

Ness Wadia holds 23% Shares of Punjab Kings, he is a businessman and managing director of Bombay Burmah Trading Corporation.

Karen Paul, a businessman and chairman of Apeejay Surrendra Group holds 8% shares of the Punjab Kings.

Manoj Badale with 32.4% shares is a businessman and chairman of British Asian Trust.

Lachlan Murdoch holds an 11.7% share of Rajasthan Royals, he is an Australian businessman and Co-Chairman of News Corp.

Shane Warne with 3% shares, who is the Australian commentator and former captain of the International Cricket team of Australia.

The Royal Challengers Bangalore owner is United Spirits Limited which is an Indian Alcoholic beverage company.

SunRisers Hyderabad won IPL once in 2016.

Sunrisers Hyderabad is owned by media baron Kalanithi Maran of the Sun TV Network and was founded in 2012.