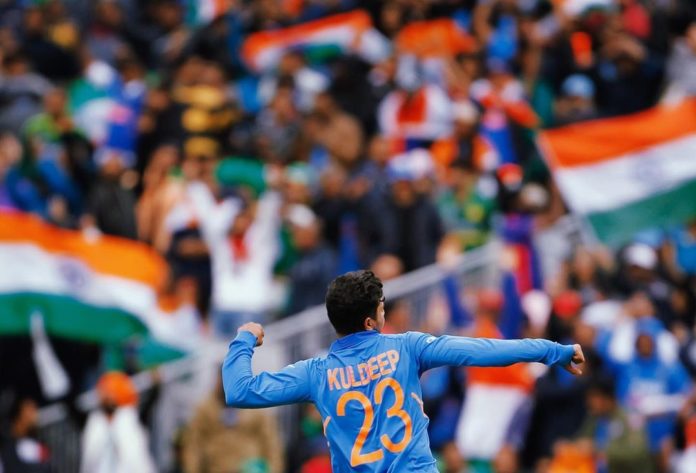 Kuldeep Yadav is an Indian Cricket player.  He (Kuldeep Yadav Success) also plays for Kolkata Knight Riders in the Indian Premier League. He is the first Indian who has taken two hat tricks in International matches.

He is the second Indian after Bhuvneshwar Kumar, and the third spinner after Imran Tahir and Ajantha Mendis to take 5 wicket hauls in all three formats. He also became the fastest spin bowler for India on 17th January 2020 in the second ODI against Australia. He had taken 100 wickets in his 58th inning.

Kuldeep Yadav (Kuldeep Yadav Success) is indeed an efficient and record-breaking player for the Indian team. Kuldeep Yadav had humble beginnings before he made his way into success. Here’s the story of the fastest spin bowler of India.

All Great Things Have Humble Beginnings:

As any slumdog story begins, Kuldeep Yadav success too had a very humble background. He was born and raised in a small village in Unnao district of Uttar Pradesh. His father was a brick kiln owner. Kuldeep Yadav (Kuldeep Yadav Success) used to play cricket for fun. It was his father who discovered his talent and wanted to join him in a cricket academy.

They shifted to Kanpur where there was a better facility to train. His father admitted him to a cricket academy at the age of nine. Kapil Pandey was his childhood coach. Kuldeep Yadav (Kuldeep Yadav Success) always wanted to become a left-arm fast bowler, and his first role model was Wasim Akram.

He always dreamt of bowling toe crushing yorkers the way his role model Wasim Akram did.

The First Legend That Inspired Kuldeep Yadav To Become a Left-Arm Fast Bowler:

Currently, Wasim Akram is a Pakistani cricket commentator and coach. He was a former cricket player. He was the Pakistani team captain. He is often acknowledged as one of the greatest bowlers of all times. He is also known as the “Sultan of Swing”, a title representing his talent in swing bowling. He is a left-arm swing bowler who could bowl at a significant pace.

He played the part of the Pakistan cricket team in Test Cricket and One Day International. Wasim Akram was the only Pakistani cricketer who was named in an all-time Test World XI. This was to mark the 150th anniversary of Wisden Cricketers’ Almanack.

He holds the world record for most wickets in List A cricket, scoring about 881 wickets in total. He holds second place in One Day International wickets, scoring about 502 wickets. The first place is occupied by Sri Lankan Off spin bowler Muttiah Muralitharan.

He is considered to be one of the first founders of reverse swing bowling. He was the first bowler that reached 500 wickets mark in One Day International cricket during World Cup 2003.

Having To Change His Role:

But fate had changed his dream when he tried spin bowling the first time. His coach was surprised to see his left arm leg break. He hadn’t seen anyone do that in Kanpur. So his coach told him to stop trying to be Wasim Akram, and start concentrating on becoming Shane Warne instead. That’s how Kuldeep Yadav’s journey as a spin bowler began.

The Love For Another Player:

During 2004, at the age of eleven, Kuldeep Yadav began to play a lot of age group games. He began taking his training seriously this time. This was also the time his love for Shane Warne as his role model also began.

Whenever Australia was bowling, he used to sit in front of the TV and watch the match. He would patiently wait for Shane Warne’s turn to bowl. There was no internet connection for him to watch the cricket match from youtube. He had to simply observe the live match for he couldn’t watch the rematch on the internet.

He would always wait for the highlights whenever Australia played. This way he could observe Shane Warne’s best bowling action and learn from it. This was how he began to idolize Shane Warne as his role model.

The Second Role Model Who Helped Him Become The Fastest Spin Bowler For India:

Shane Keith Warne is an Australian cricket commentator. He was a former international cricket player. He was the captain of the Australian national team in One Day International matches. He is regarded as one of the greatest bowlers of all times in the history of the game.

He won the title of Wisen Leading Cricketer in the world in the year 1994. He was the only specialist bowler selected. He was also the only one still playing at that time.

He took over 1000 wickets in test matches and One Day International matches. He had a record of taking 708 Test wickets. This was a record at that time for the most wickets taken by a bowler in Test cricket. It was later broken up by Muttiah Muralitharan on 3rd December 2007.

His Time With His Role Models & The Valuable Lessons He Had Learned:

When Kuldeep Yadav became a part of the Kolkata Knight Riders team, Wasim Akram was his bowling coach. He was ecstatic to finally meet his idol in person and also train with him. Kuldeep Yadav even told him about how he grew up wanting to be like him.

Wasim Akram laughed it off and told him about how they would have never met if he had copied his style. Kuldeep Yadav developed a bowling style that was completely different from Wasim Akram’s but he had learned a few things from him as a human being.

Wasim Akram taught him how to find humour in the toughest situations. He even gave him examples of situations that he had experienced and explained how he had dealt with them. Kuldeep Yadav had learned how to laugh at himself from Wasim Akram.

Wasim Akram was a humble person and he never made Kuldeep intimidated. This made it easier for him to talk with Wasim Akram. He could see him as the coach who was teaching him to do the best of his ability, and not a legendary crickets man.

Kuldeep had told him about his father wanting to meet him, and they even planned for a meeting. Their plan didn’t materialize. Still, the two of them remained in a close relationship and Wasim often asked Kuldeep when he would take him to his home.

A few years later Kuldeep had the opportunity of meeting Shane Warne. He had seen him often during IPL but didn’t dare to speak with him. It was during Australia’s tour of India in 2017 that he had met him directly through his coach, Anil Kumble.

From then on, Kuldeep has maintained a steady relationship with Shane Warne. He had even examined Kuldeep’s bowling style and given him tips and inputs. This has helped Kuldeep a lot. The one advice that stood out the most was Shane’s advice of never letting his fear show to his opponent batsman. Shane advised him to always smile no matter what he felt.

This helped him tremendously. Thus his life was shaped and helped by two of the greatest bowlers in the history of cricket.