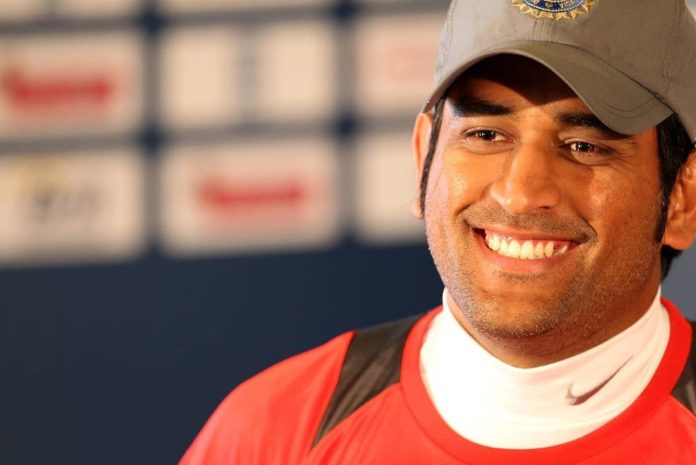 I don’t think that this man really needs an introduction. He lives rent-free (Mahendra Singh Dhoni Cricket Journey), in the heart of Indians. We love him and adore him. We cherish him. When he comes to the field, he makes sure all the eyes are on him. He’s none other than our captain cool, Mahendra Singh Dhoni, lovingly known as Maahi.

We fans had to bear the sad news when recently Maahi retired from International Cricket after 16 years. Mahendra Singh Dhoni has been an Indian International cricketer. He captained the Indian National Team in the limited over formats and in Test Cricket from 2007-2016 and then again from 2008-2014. In the history of cricket, MS Dhoni is the only captain to win ALL the ICC trophies.

Not only has our Captain Cool left behind an extraordinary legacy that can be paralleled with the cricket icons like Kapil Dev, Rahul Dravid, and Sachin Tendulkar, MS Dhoni is also a very humble, down to earth person. We have forever cherished and enjoyed his dedicated nature, his unpredictable hobbies, and we all went gushy over his cutest love story.

Did you know that MS Dhoni has scored over 15,000 international runs? Like Woah!

So let’s learn some interesting facts about the cricket journey of our captain cool!

Well, Maahi was discovered in a small talent spotting event in 2003. He got his big break at a cricket match in 2003, in Jamshedpur as part of BCCI’s talent-spotting initiative. MS Dhoni made his debut in the Ranji Trophy only at the age of 18.

It was back in 2000 and he was still employed as a ticket collector at Kharagpur Railway Station in West Bengal. He continued the job from 2001-2003.

Later, he joined Air India and represented the national airline in the BCCI corporate trophy in the year 2009. It was in 2013 that he gave up his job in Air India and was recommended as the skipper of the Indian Team by none other than Sachin Tendulkar.

Also, he is the only captain who has won the most T20I games In his captaincy, India has won 41 out of 70 T20I matches

Mahendra Singh Dhoni also won the ICC Spirit of Cricket award in 2011. He has hit the most international sixes as captain. He is the ONLY cricketer to have ever featured in nine IPL finals. With CSK, he has won the tournament thrice in the years 2010, 2011, and 2018, respectively. Mahendra Singh Dhoni is the only player in the history of IPL to lead a team to have over 100 wins.

4. The ONLY Player who has Won The ICC ODI Player of the Year award 2 Times:

Adding to the LOONGGG list of his career highlights. MS Dhoni is the only player in the history of cricket to have won the ICC ODI Player of the Year award twice—in 2008 and then in 2009. This One-day Player of the Year is an annual award and has been presented since the year 2004 by the ICC to the best One Day International player.

The trophy is handcrafted by the chief international crystal manufacturer, Swarovski. This trophy design features a beautiful red crystal cricket ball studded with over 4200 of these Swarovski crystals, resting on a brass hand extended from a gold-plated base. Also, he has picked up 1 wicket in international cricket against the West Indies in the 2009 Champions Trophy.

5.He is Undoubtedly the Most Successful Cricket Captain:

In his captaincy, India has won 27 test victories and a whopping 163 one-day victories. His win percentage is also at a whopping number~ 45% in test matches and 61% in one-day internationals.

He is the only captain to lead his side in all of the six T20 World Cups. Maahi also holds the record of playing the highest innings by an Indian WICKET KEEPER in the longest format. In 2013, he scored 224 against Australia in Chennai.

Dhoni is also the only Indian wicket-keeper-batsman who has scored a double-century in Test cricket matches. He holds the record of playing most International matches as a Captain which are 332. He is the one and only  and the first-ever wicket-keeper to have ever affected 150 stumping dismissals across the three forms of the game

6. Some other Interesting Facts:

His first Love: ‘I love my country, I tell my wife she is only the third most important after my country and my parents, in that order.’ The movie, MS Dhoni: The Untold Story, starring Sushant Singh Rajput in the title role, was released on September 30, 2016. He has also tried his hand at golf and participated in a maiden golf tournament in the US.

Maahi wore jersey number 7 and has had a special preference for the number because his birthday is on July 7. His sun sign is Cancer. And cancers are really intuitive and sensitive like Maahi. His reflexes as wicket-keeper are still arguably the best in the business and they can definitely be because of the fact that he started out as a goal-keeper in football.

It wasn’t until he was in Class 10 that Dhoni decided to pay full attention and focus on cricket. MS Dhoni was the most expensive signing at the first IPL players auction and was contracted by the Chennai Super Kings for $1.5 million.

During his ODI debut, he scored a duck against Bangladesh, outrun out. It was in the year 2017, that Maahi decided to hand over the captaincy to Virat Kohli in the 50-over format. When Maahi missed out on making it to the U-19 World Cup team back in 2000, Ajay Ratra was selected as the wicket-keeper.

The wicket-keeper enjoys a great partnership with Kohli.  It was on April 5, 2005, that Captain Cool registered his first international century. He scored 148 against Pakistan in Visakhapatnam. His last competitive cricket match was against New Zealand on July 9, 2019, during the World Cup.

Well, we hope that you like it and I think we can all agree that MS Dhoni has always made well-thought-out decisions. He has always had the best interest of the team India in his mind.

We really appreciate and admire the fact that Maahi indicated that he does not want to be a liability to the team and block the position of wicket keeping that deserves a more promising youngster.

He is, and will always be to the team, he always makes decisions that are the best for the team.

Remember this quote “Legacy is not what is left for tomorrow when you are gone, but what you give, what you create, how you impact and contribute today while you are here that then happens to live on.”

His legacy is unparalleled and he, as a person, is an inspiration to all of us!