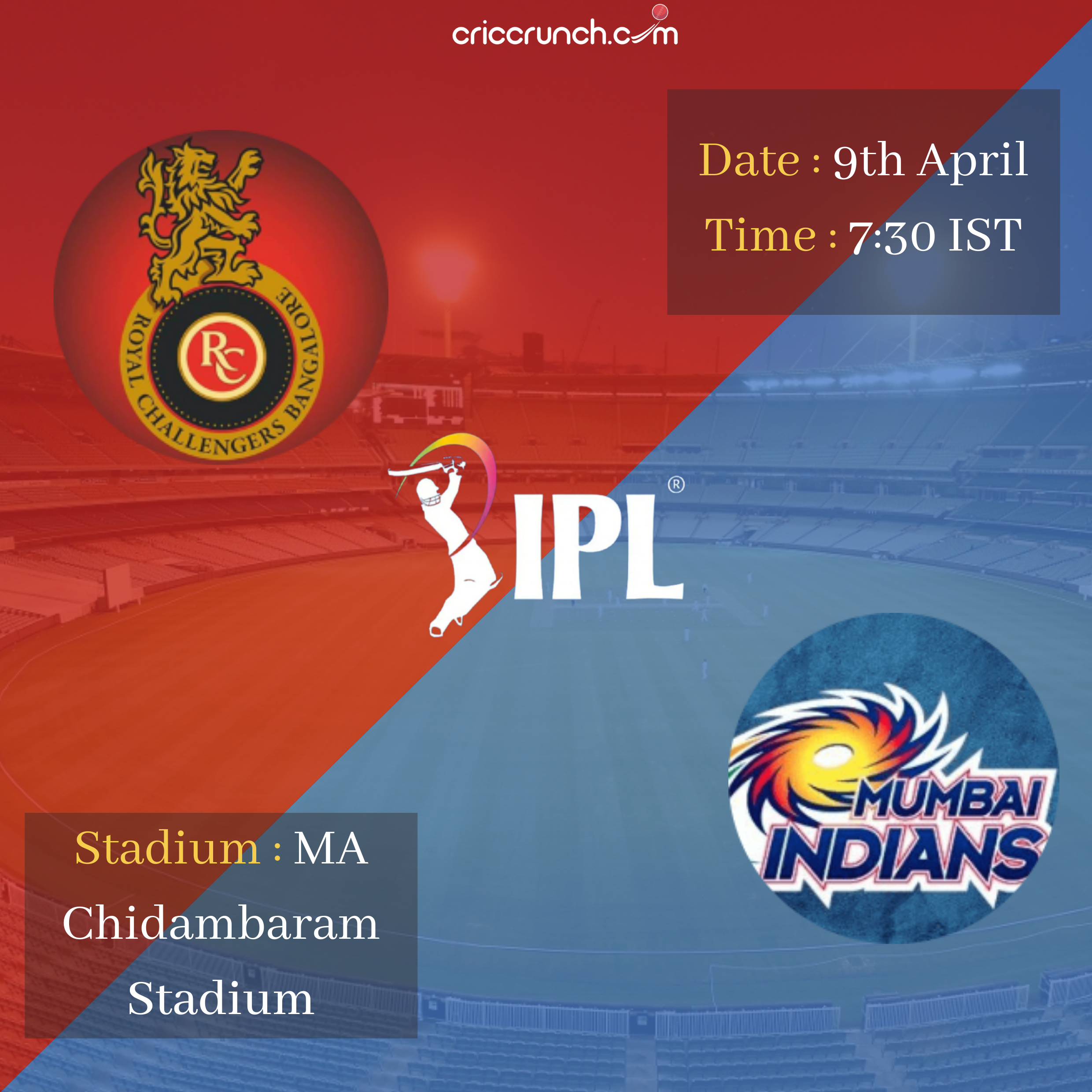 It was wonderful to watch competitive teams play.

Let’s have a quick Highlights of the match…

RCB won the toss and Captain Virat Kohli opted to Bowl.
MI’s were pretty excited to bat and started with good runs until Captian Rohit Sharma was sent to Pavillion, run out by opposition skipper

Surya Kumar Yadav and Chriss Lynn tried to avoid the pressure and build a partnership of 60 runs.

There were good Boundaries from the duo but all of a sudden SKY got caught out behind the wickets by Kyle Jamieson, MI total score was 94/2 in 11 overs.

Young Blood Ishan Kishan was in the field along with Chris Lynn who was playing his debut match for Mumbai Indians.

Chris Lynn was at 49 and was about complete his fifty but Washington Sundar picks him.

After the fall of Chirs, Players like Hardik, Krunal, and Kieren Pollard failed to perform and their wickets fell in the kitty of Harshal Patel.

In the 18th Over, Virat Kohli was hit on the eye while taking the catch of Krunal Pandya.

See the incident below:

King Kohli cops it in the face! pic.twitter.com/qifA5Xn7Z2

Harshal Patel’s bowling attack was on the line as he took the first fifer against MI’s in the history of IPL.

Openers , Virat Kohli and Washington sundar batted well in the first 4 overs and build 36 runs partnership but in the 5th over of Krunal Pandya, W. Sundar was catched out by Lynn.

Captain Kohli and Glen Maxwell took the command on their hands and generated a good Partnership of 52 runs.

In the 10th Over which was bowled by Krunal , Glen Maxwell hit a super Six to which Kohli’s reaction was epic.

But the duo’s partnership came to an end when Captain Kohli was taken out by Bumrah for the 5th time in IPL.

Destroyer, A B De Villiers was on the field and once again he dragged RCB to the winning position with his 48 runs strike.

Match came to this interesting point when A B De Villiers was run out while going for 2nd run in 3rd last ball of the game.

Two needed off two balls and was completed successfully.

RCB Wins the First Match of 2021 IPL against MI.