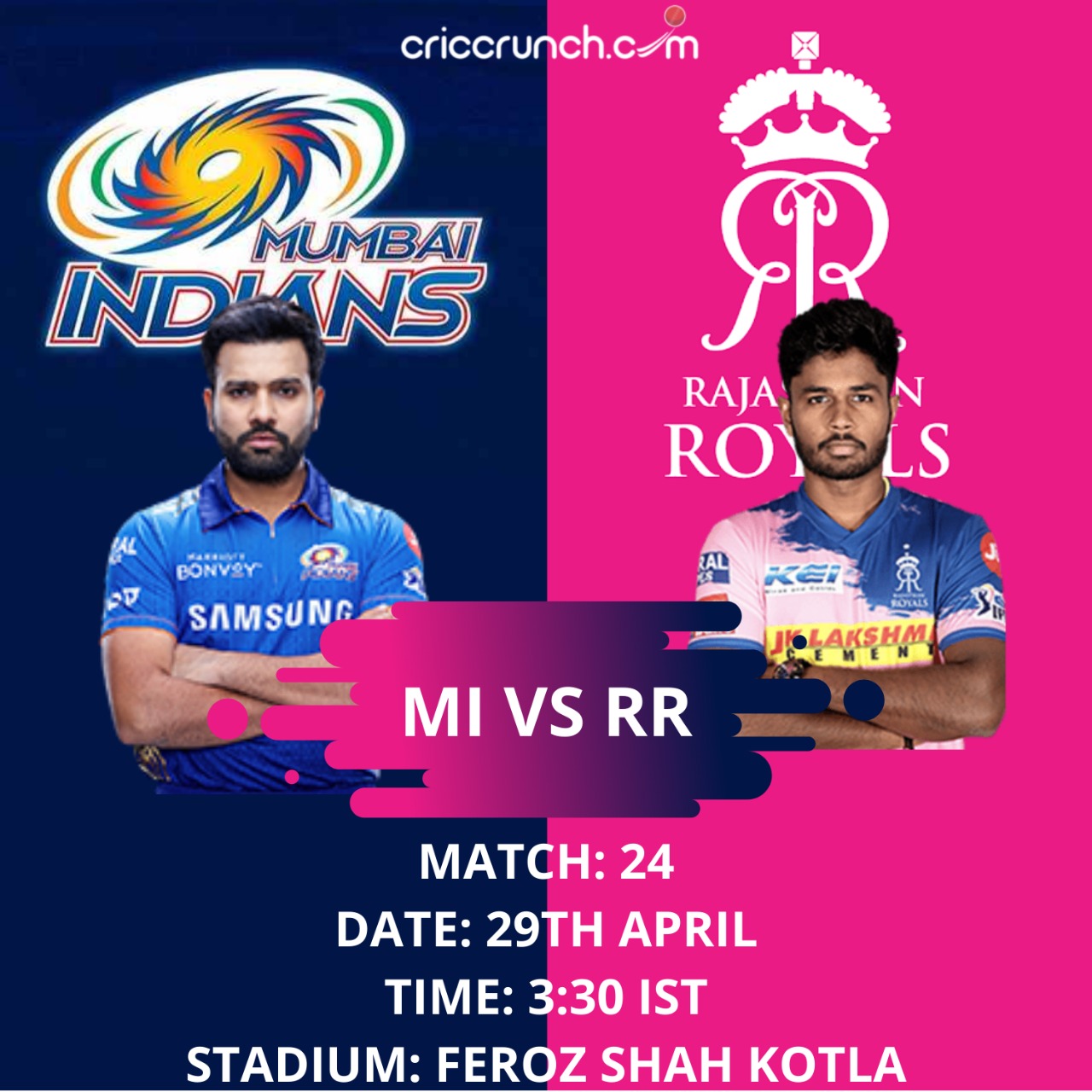 MI VS RR Match Highlights: RR looked much more positive after beating KKR in the previous games. Since their main players are still injured, they must depend on their young talent. MI was still struggling in this tournament, they weren’t able to find one or two players who could give them a finishing touch.

Toss: Mumbai Indians won the toss and opted to bowl.

In the powerplay, both openers looked fantastic. It is often important for any team to keep wickets in the first six overs.

After six overs RR score was 47/0. It was a steady start.

MI needed wickets, and Rahul Chahar came through with two. After a steady start, both openers were removed. When the team needs a wicket, Rahul Chahar always delivers.

Samson and Dube form a 50-run partnership. RR was aiming for a 180-plus mark at the time, but MI bowlers were able to keep their run-rate under control.

After Samson and Dube were thrown out, they were unable to complete the innings. In the end, RR came up with a respectable ranking.

Rohit and Quinton de Kock led the chase for MI. Chetan Sakariya was the first to bowl. De Kock was having a great time hitting the ball. He was getting in from which was much needed for MI.

Powerplay was going very well until Rohit got out in the 6th over. MI captain was back to the dugout without doing much.

MI was cruising at the time, with de Kock and Suryakumar Yadav were in charge of maintaining the required run rate.

Chris Morris got the wicket of Suryakumar, a much-needed one for RR.

Krunal Pandya was given a chance to come before Pollard and Hardik. It was a strange decision from MI.

De Kock made a brilliant half-century, he is first in this season, MI was relieved after their star player finally gave a special knock.

Krunal Pandya played a special inning of 39 runs in 26 balls.

In the end, 25 runs needed in 18 balls. De Kock and Pollard finished the game in the 19th over.

If you like our MI VS RR Match Highlights done by our team then please do comment below and share your views so that we keep on adding such contents for you in future.