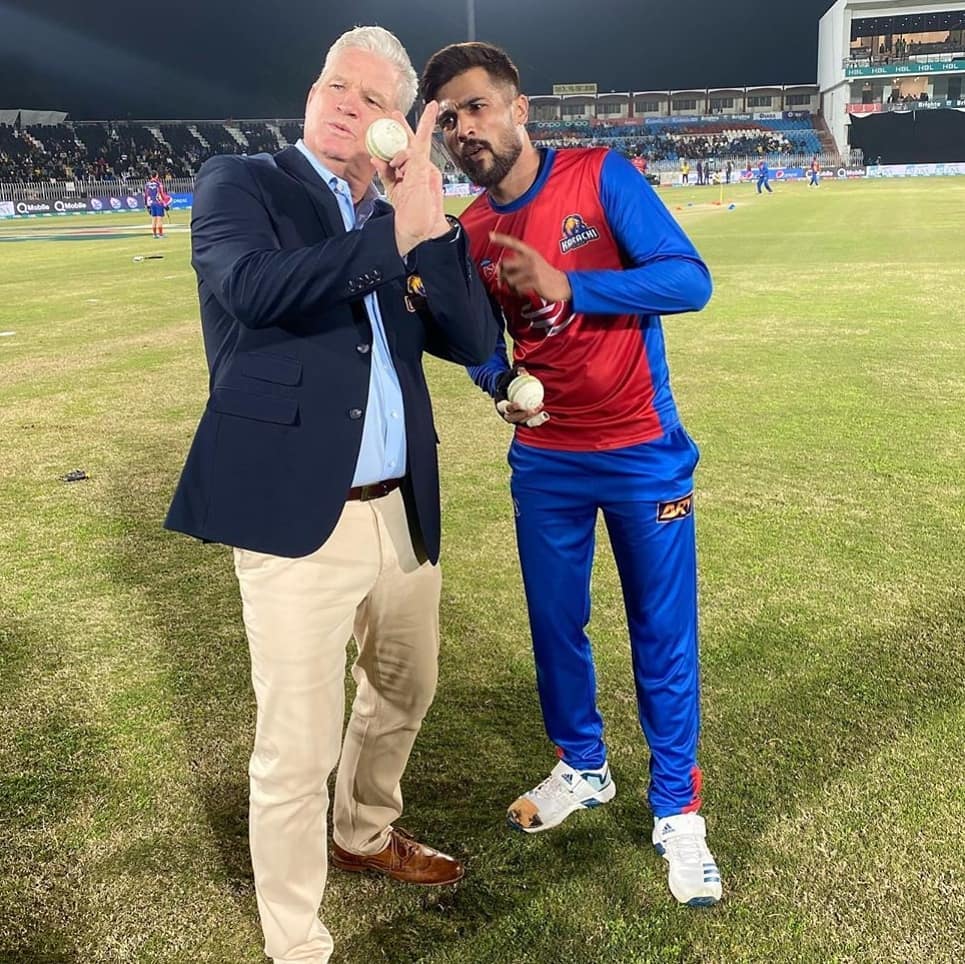 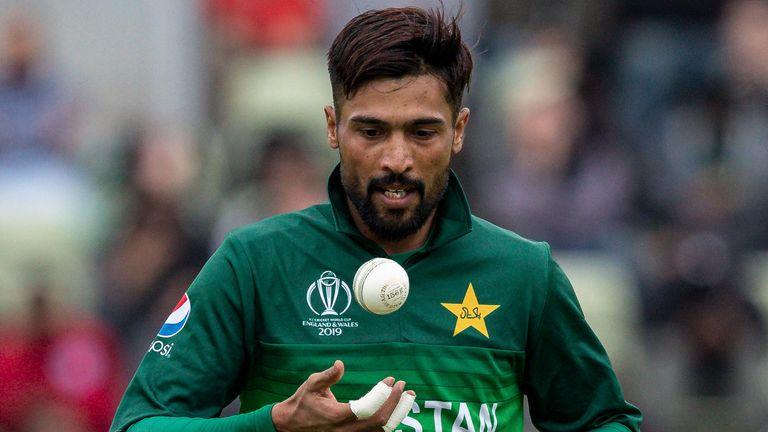 The Pakistan fast bowler, Mohammad Amir Retires Due To Growing Pressure from International Cricket recently. He played for Pakistan in 36 Test, 61 ODIs and 50 T20Is. He also played for Gale Gladiators in Lanka Premier. His first Class debut was in 2008 and his One Day International and Test Debut were in 2009 against Sri Lanka.

He was just 17 years old then. He helped Pakistan won the 2009 ICC World Twenty20, which was his first international match. He also played an important role in helping Pakistan win the ICC Champions Trophy against India in 2017.

He was arrested for spot-fixing in 2010. ICC banned him for five years for bowling two no-balls intentionally. The Southwark Crown Court, in 2011, convicted Amir, Salman butt and Mohammad Azif of charges related to conspiracy off spot-fixing.

The punishment was imprisonment for three months. In 2015, Amir made an early return to domestic cricket. He played for Chittagong Vikings in the BPLT20, 2015. He also played for Pakistan on their New Zealand tour which happened in 2016.

In 2018, the Pakistan Cricket Board awarded him with a central contract for 2018-2019. He announced his retirement from Test cricket in 2019. His focus was to concentrate on limited-overs cricket. However, that ended up with his announcement of retirement from international cricket as well.

Mohammad Amir Retires Due To Growing Pressure His Early Life

Mohammad Amir was born in 1992 as the son of Raja Muhammad Fayyaz. He was born to a Punjabi family. Amir admires Wasim Akram as his idol. Amir was first spotted at another local tournament in 2008 at the age of 11. Sir Asif Bajwa’s sports academy invited him to join the academy.

Wasim Akram selected Mohammad Amir as a fast bowler at a fast-bowling camp in 2007. He went on an England tour with the Pakistan U19 cricket team and emerged as one of the leading bowlers. He took 8 wickets showcasing his ability to be a national cricketer.

He gave another excellent performance in 2008 by taking four wickets in a successive match against Sri Lanka and England. In the tri-nation tournament played in Sri Lanka, his swing bowling took 9 wickets in three matches.

Amir was to play for the Dublin Chiefs in the Euro T20 slam cricket tournament in 2019. However, the tournament was cancelled in the following month. He then played for Khulna Tigers in Bangladesh Premier League, 2019 to 2020. Gala Gladiators auctioned Amir for the inaugural edition of the Lanka Premier League.

Mohammad Amir Retires Due To Growing Pressure, His International Career

Mohammad Amir debuted against England in the 2009 ICC World Twenty20. His second ball took the wicket of Ravi Bopara in the match. He conceded only one run in his first international match. Mohammad Amir Retires Due To Growing Pressure, Mohammad Amir made his debut in One day International cricket against Sri Lanka. He took three wickets at a rate of 4.50 and scored 23 runs. The Pakistan cricket board selected Amir for the Test series in Sri Lanka. This was because of his successful performance in the T20 World Cup. 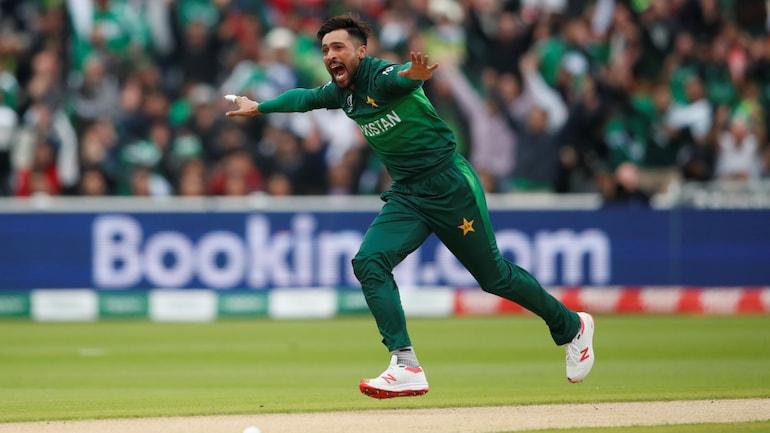 He played with other notable fast bowlers like Umar Gul, Abdur Rauph, and Sohail Tanveer. He started his Test career by taking six significant wickets in the match. These wickets included the Sri Lankan captain Kumar Sangakkara and batsman Mahela Jayawardene in the first and second innings. However, he couldn’t take any wickets in the next two Test matches. 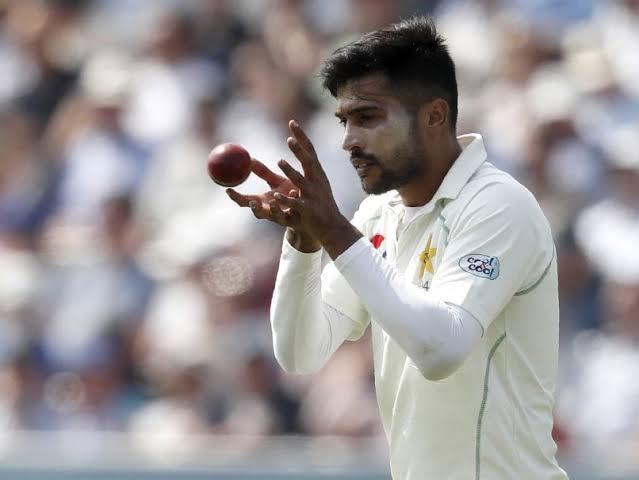 The next Test was in New Zealand where he took 4 wickets in the first innings. His first Test match win with the Pakistan team was during his 5th match, in which he took three wickets. These included the wicket of Taylor, in the second innings who scored big for New Zealand.

The speed of the ball was 152 kilometres per hour. Amir took three wickets in the initial stages of the Twenty10 World Cup against Australia. Even after performing well in the 2009 ICC World Twenty20, the Pakistan cricket board ignored Amir. He did not receive any cricket contracts during this time. Later, he was awarded a C category contract.

In 2009 he scored 73 runs against  New Zealand, setting a record in the ODI history for a number 10 batsman. In the 2009 Pakistan, Sri Lanka tour he shared a 62 run partnership with Umar Gul for the 10th wicket. However, Pakistan lost the match by 36 runs. His first five-wicket haul was during the Test series against Australia in Twenty10.

He took the wickets of Ricky Ponting, Michael Clarke, and Michael Hussain. He played an important role in helping Pakistan win the second Test match against Australia by taking 7 wickets altogether. He was the man of the match of the series. In 2010, he got the Man of the Match award for the youngest player to take a 5 wicket haul. He is also the first youngest player to take 50 Test wickets.

The Pakistan Cricket board banned Amir for 5 years for deliberately bowling no-balls during Pakistan’s 2010 tour of England. After five years he came back by playing for Omar associates in domestic cricket. He took a wicket in his first come back in the Grade 2 patrons trophy. He made his international comeback in 2016 through a T20 I match against New Zealand. He also played in the first T20I edition of the 2016 Asia Cup and 2016 ICC World Twenty20.

Amir and Sarfraz Ahmad set the record for the highest 8 wicket partnership by scoring 75 runs in the ICC Champions Trophy history.  Amir couldn’t give a good performance in the 2018 Asia Cup. So the team dropped him for the last match. Amir played for Pakistan in the 2019 Cricket World Cup and took his first five-wicket haul in ODIs against Australia. He was the leading wicket-taker for Pakistan in the tournament.

The 22-year-old cricketer confirmed his retirement from International Cricket recently. Mohammad Amir Retires Due To Growing Pressure, He made it clear to the Pakistan cricket board chief executive that he has no desire of playing International cricket anymore. Amir in an interview said he had to face mental torture from the team management. They deliberately removed him from the team. He credited his achievements to former PCB chairman Najam Sethi and former Pakistan captain Shahid  Afridi.

He also added that it was just two of them who supported him and the rest of the team didn’t want to play with him. Retired from Test cricket in 2019 and was focusing on limited-overs cricket. However, the Pakistan Cricket Board was excluded from the PCBs list of central contracts and was removed from Pakistan’s 35 Man squad to New Zealand.

He made it clear in a video after his retirement announcement that his decision is not because of the exclusion. But, because of the pressure from current members of the Pakistan Cricket Board. He also added that he came to know about his omission from Pakistan’s squad through social media and there was no official reason behind the exclusion. Mohammad Amir Retires Due To Growing Pressure.