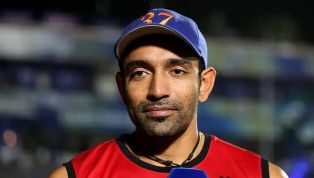 Cricket is a game of opportunity for young and budding cricketers. In India cricket is played in every nook and corner and there is no such shortage of talent, but sometimes such talent goes to waste and make those cricketers unlucky Indian cricketers.

Though many cricketers have made it up to the level to make their place into international cricket but some were really unlucky to have not played more. Some were cut short in cricket because of injuries, form, lack of opportunity and luck.

On that note let’s check out the top six most unlucky cricketers in the Indian cricket team :

Parthiv Patel made his debut for India when he was 17 years old, before the debut of MS Dhoni and Dinesh Karthik. After a few failures, he found himself out of the team as selector favoured MS Dhoni.

Since then he has been playing in domestic competition and also led his state Gujarat to 2016-17 Ranji trophy and even scored 143 in the historic fourth-innings chase.

After Wriddhiman Saha suffered an injury, Patel was called up for the test team in England and although he scored a 50 but found him on the fringes of the sides once again.

Parthiv himself has stated that he is unlucky to be born in the same era as MS Dhoni as he got his chances and didn’t take them well. While this may be true, he is certainly an unlucky Indian cricketer.

The middle-order batsmen Karun Nair scored a triple century against England in 2016 but has played only three games since.

When injured Ajinkya Rahane came back Nair found himself out of the test set up, despite becoming the only second Indian to score a triple ton in the longest format of the game.

Karun also stated that he played probably four innings in the Australia series, and any batsman could get a start and get out in two innings and could have two failures in a year.

But to be out of the team after that and not get a chance after that is just unfortunate and unlucky.

Robin Uthappa was seen as a special talent in India when he made his debut. His style of waking down to the fast bowler and smash them straight down the ground had impressed many, but he got very few chances after a certain point in his career.

He was consistent with an average of 25.94 after 46 ODIs, but maybe he needed a little more backing.

Uthappa made a comeback in the Indian team for the Zimbabwe tour in 2015 and that was the last time he played for India.

Since then he has been working hard in IPL and domestic cricket but now he is shifted back to his base in Kerala with the domestic circuit.

With the talent of excellent wicket-keeping in the form of MS Dhoni, Naman Ojha’s international career never really took off.

Though he started scoring a lot of runs only in his late 20s and did extremely well thereafter.

Having made his first-class debut for Madhya Pradesh in 2001 Naman has played 135 first-class games and scored 9152 runs at an average of almost 43.

Ojha played a lot of games for India and scored heavily. He scored unbeaten 219 for India at Brisbane that included 29 boundaries and 8 sixes.

He is really unlucky to be fighting with a player like Dhoni for a place in the team. Ojha has played only one ODI and one test match for India which makes him one of the most unlucky Indian cricketers.

Manoj Tiwari is another unlucky potential cricketer of India. He is still playing for Bengal and recently expressed his desire to make a comeback into the Indian team.

Many have said that this cricketer should have got enough chance to prove his mettle.

He was dropped from the team once after scoring a century, as the senior players returned and unsurprisingly he is the only one who last played on the Zimbabwe tour when India sent a second-string side in 2015.

The former Railways spinner is one of the best left-arm spinners to have played for India. Unfortunately, he was in his prime when Kumble and Harbhajan did wonders for India in international cricket.

Murali Kartik had 644 first-class wickets in just 8 test matches but it did not justify his phenomenal abilities. He has been a supremely accurate and consistent bowler throughout his playing career.

Though Karthik has played 194 List A games and he has represented his national team in only 37 one-day internationals. With such extreme exceptional abilities, Karthik surely is an unlucky Indian cricketer.

These were the Top 6 Unlucky Indian Cricketers, which is also the saddest incident in Indian Cricket. Other players like Vinod Kambli, Vijay Merchant, Dheeraj Yadav, Amol Muzumdar, Dhawal Kulkarni, Ashok Dinda and Lakshmi Sivaramakrishnan were some of the most talented and unluckiest cricketers in the Indian cricket team.