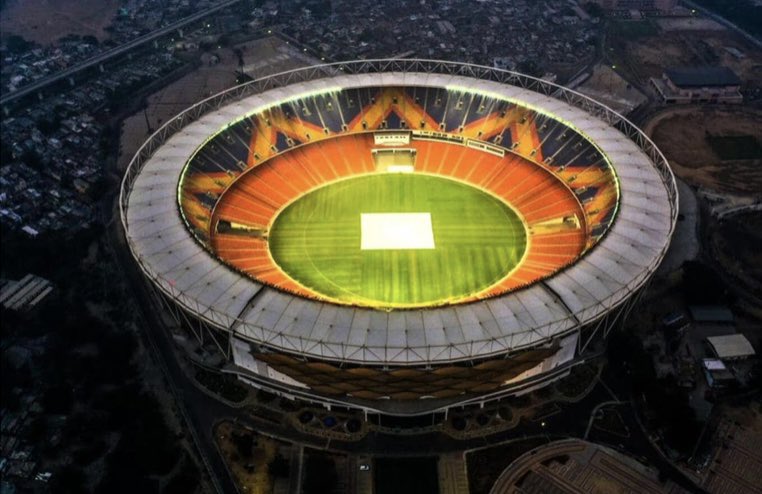 Motera Cricket Stadium Built on the banks of the Sabarmati River on the outskirts of Ahmedabad, The Sardar Patel Stadium Motera Ahmedabad is the largest cricket stadium in the world with a 1.1 lakh sitting capacity.

The Sardar Patel Stadium is a magnificent stadium that already broke the record of Melbourne Cricket stadium which has a 1 lakh sitting capacity.

The main purpose of this stadium is to serve as the new home for cricket in India. The Sardar Patel Stadium had been established in 1982, with a seating capacity of over 45,000 and was already in line for demolition, but today the newly built stadium will host its first Pink Ball Test match between India and England. Coincidently the last test match before the demolition was also played between India and England in 2012 where India won by 9 wickets.

Check the biggest Cricket Stadiums in the world here