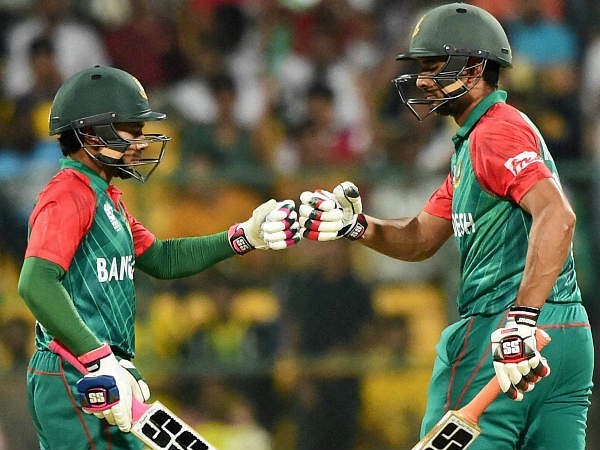 Mushfiqur Rahim is a Bangladeshi cricketer and former skipper of the national team. He is considered the most successful and able Test squad captain.  In 2019, ESPN ranked him as one of the most famous athletes in the world.

Removed from Captaincy in 2018

Mushfiqur Rahim was Bangladesh cricket captain from 2011 to 2018. The Bangladesh Cricket Board removed Mushfiqur Rahim as Test captain after the disastrous South Africa tour in 2017. He was removed from the position as they wanted him to concentrate on his batting performance.

After the disastrous loss, Rahim had made some controversial remarks about his lack of judgement as a captain. He had publicly acknowledged that the loss was due to his failure as a captain. The controversy further fueled when he said that he should not have won the toss. He accepted that he was not able to guide his bowlers or motivate them in the right direction. BCB President-Nazmul Hassan said that Mushfiqur is a quiet player and does not express himself much. Players like him burst out in the wrong way when faced with uncomfortable circumstances.

Hassan further added that Mushfiqur is one of those players who gets demoralized easily and has to be motivated by his teammates. As leaving captaincy was good for Mushfiqur, the BCB chose to replace him and allowed him to focus on his performance.

Mushfiqur was offered a chance to lead a team in the BCB President cup. However, he politely declined the offer and informed the BCB about his decision. Due to this reason, the three teams of the BCB Presided Cup were led by Tamim XI, Mahmudullah XI and Nazmul XI. Mushfiqur was a part of the match, but he did not lead any team. Last month, he played the BCB President’s Cup 2020 for Najmul XI under the leadership of Najmul Hossain Shanto after denying the opportunity to lead the team.

But, went on to Lead a Team for the Bangabandhu T20

Recently, Rahim Mushfiqur has publicly ruled out his possibility of leading the national team again. There were a lot of speculations about his return to captaincy when he led the Beximco Dhaka side for the Bangabandhu T20 Cup. The cricketer however responded that he was not interested in taking up this role ever again.

Mushfiqur has spoken publicly that the BCB feels that there are a few young players in the team. The BCB feels that the team will benefit by giving younger players a chance. Mushifiqur said that as there are many young players in national and international teams, he thinks they should be given a chance as he is not interested. The young players will play responsibly if they are given such positions. Mushfiqur added that he was leading Bangabandhu T20 as the franchise thought that he is the best person to lead the Beximco Dhaka Team.

The Bangabandhu 2020 Cup is being played in November and December 2020. The tournament will be a selection filter for the upcoming matches against West Indies in 2021. The players’ draft was finalized on November 12th after fitness tests. The five teams in the Bangabandhu Cup are Beximco Dhaka, Fortune Barishal, Gazi Group Chattogram, Gemcon Khulna and Minister Group Rajshahi.

Mushfiqur Rahim’s decision to accept the captaincy of Beximco Dhaka after declining captaincy for the BCB President Cup has triggered many speculations. Rahim will be seen leading the Beximco Dhaka Team from November 24th in the Bangabandhu T20 Cup.