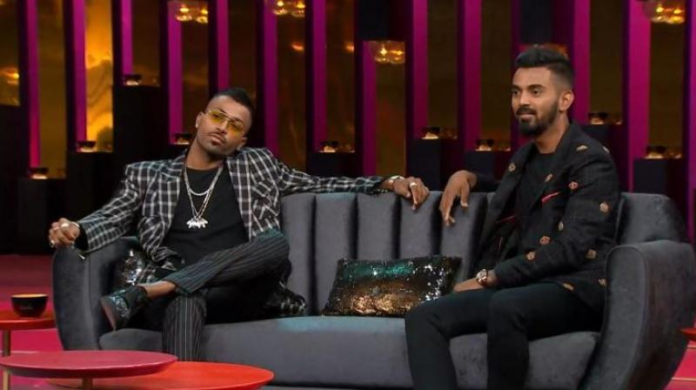 Cricket is a gentleman’s game but often does not remain that gentle. There are many occasions in cricket history when calm cricketers lost their cool on the ground.

From aggressiveness to fights, from arguments to ball-tampering, cricket fans have seen almost all the calm cricketers lost their cool during the game.

Virender Sehwag has taken retirement from all forms of cricket, after his retirement he has been vocal and entertaining on all social platforms.

One such incident was with Mahendra Singh Dhoni. In an interview, Sehwag said that the Indian team is a strong team and Dhoni is not the reason behind India’s World Cup success which was indeed the nastiest comment.

Gayle has been a part of many controversies, one such incident happened when he was giving an interview after a BBL tie. Chris Gayle generally praised the presenter’s beauty and invited her for a drink which didn’t go down well and he said “don’t blush baby”.

Various news channels and newspapers remarked on him as a misogynist and said this comment is the nastiest comment by the player during a cricket match.

However later in his book “six machines” he has expressed how his comments were blown out of proportion.

3) Shoaib Akhtar – “Tendulkar and Dravid are not Match winners”

Pakistani player Shoaib Akhtar never shies away from making bold statements and nastiest comments, he has a habit of taking shots at his fellow cricketers.

In his autobiography “controversially yours “ he mentioned that Indian legends of cricket Sachin Tendulkar and Rahul Dravid lacked particular skills.

4) Shahid Afridi – “Indians are not as large-hearted as Pakistanis”

Shahid Afridi is one of the players who always wanted India–Pakistan players to have a good relationship. He was the captain when his team played the semi-final against India in the 2011 World Cup.

In the samaa news channel, Afridi slammed Indian media for the negative approach and also termed that Pakistanis are better human beings than Indians, it was the statement that became a hot topic of debate in Media. Afridi’s comment on Indians ranked number 4th on the list of 10 Nastiest Comments By the Players During a Cricket Match.

The stylish and hard-hitting Hardik Pandya is a big name in the world of cricket. He was once a guest on Koffee with Karan hosted by Karan Johar where Pandya was accompanied by KL Rahul.

In Koffee with Karan, some ticklish questions were put where Pandya replied to all questions with indecency. Later when the interview was posted online he was roasted on social media for being sexist and got placed in the 10 nastiest comments by the player during a cricket match.

Legal action was taken by BCCI and both cricketers were suspended by BCCI for their behaviour.

The Rabada team lost their initial matches against England and Bangladesh. The third match was against India but before the game, Rabada sledded Virat Kohli and he lost his cool in that conference.

Arjuna Ranatunga in 2017 posted a shocking revelation on his Facebook page when Sri Lanka lost an ODI against Zimbabwe.

In his post, he explained how he was shocked by his team‘s loss in the 2011 World Cup and demanded an immediate probe and added that he has doubts about a couple of individuals of that team and termed “ 2011 world cup was fixed”.

8) Kevin Pietersen – “Matt Prior was the Big Cheese”.

Kevin Pietersen- In 2012 he was dropped out for disciplinary and dressing room issues but later was called back in 2013 in the Ashes series.

After one year Paterson released his biography where he claimed that Andy Flower was one of the reasons why his cricketing journey ended on a sorry note and once again a calm cricketer lost their cool by inside controversies.

9) Vinod Kambli – “Sachin has Forgotten me”

Kambli was making headlines then but somehow his fate changed and his career declined quickly.

In the reality television show “Sach Ka Samna” Kambli as a calm cricketer lost his cool and admitted that he was shocked when Sachin didn’t mention his name in his retirement speech.

He started blaming his best friend Tendulkar for not helping him in his tough time. The broken friendship between the two became a national debate then.

Greg Chappell got the coach role for the Indian team in 2005. Slowly the problem started in the Indian dressing room which clearly affected the Team’s performances and all hell broke loose when Ganguly was ousted from the team.

Soon the Indian players were vocal about Chappell’s negative attitude and it ended on a sour note when the team was eliminated in the group stage of the 2007 World Cup.

However, later in his autobiography “fierce focus”, he drafted that Ganguly was expecting favours from his side and wanted to keep his captaincy after going through a rough patch.

These were the 10 nastiest comments by the players/coaches in Cricket History.