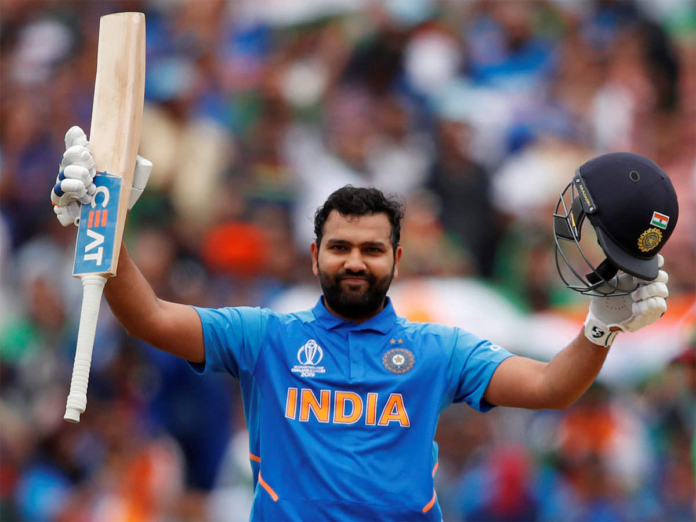 Rohit Gurunath Sharma –  33 year old, he is an Indian international cricketer who plays for Mumbai in domestic cricket and captains Mumbai Indians in the Indian Premier League. He is the vice-captain of the Indian national team in limited-over’s formats.

Rohit Sharma has become one of the most feared batsmen in the world-today. Rohit recently became the top run-getter in T20Is. The senior cricketer has already earned a lot of fame in ODIs, but his impact in T20Is is immense.

Recently he surpassed New Zealand’s Martin Guptill -2,272 runs, for the most runs amassed in T20Is.

His astounding average of 32.76 highlights his prowess. Rohit is one of the most consistent batsmen in T20Is. He was the second highest run-scorer in the format in 2018 -590.

Rohit Sharma was included in the Indian squad for the 2007 ICC World Twenty20 and made his mark by scoring an unbeaten 50 from 40 deliveries against hosts South Africa in the quarter-finals.

This enabled India to win the match by 37 runs and they went on to defeat Pakistan in the final, when Sharma scored 30* from 16 deliveries.

In October 2015, during the South Africa’s tour of India, Sharma scored 106 in the first Twenty20 international at HPCA Stadium in Dharamshala.

Then he became the second Indian cricketer to have scored centuries in all three formats of international cricket.

On 8 July 2018, during a series in England, Sharma became the second Indian batsman, after Virat Kohli, to score 2,000 runs in a Twenty20 international career.

He was the fifth batsman worldwide to achieve the achievement; the others besides Virat Kohli were Brendon McCullum, Martin Guptill and Shoaib Malik.

In November 2020- Rohit Sharma was nominated for the ICC Men’s ODI and T20I Cricketer of the Decade awards.

Rohit Sharma has been one of the most successful players in the Indian Premier League or IPL as captain since 2013 of the Mumbai Indians, who have won the tournament five times under his leadership.

Rohit Sharma is currently one of ten players who have scored 5,000 career runs in the competition. Sharma has 5230 with one century and 39 fifty’s.  He is the fourth highest run scorer after Virat Kohli, Suresh Raina and David Warner.

Sharma joined the IPL series in 2008. He was signed by the Deccan Chargers franchise for the sum of US$750,000 a year.

In the 2011 auction, he was sold for US$2 million to the Mumbai Indians. He scored his only IPL century in the 2012 tournament with 109* against the Kolkata Knight Riders.

Rohit Sharma’s rising performance in cricket with every passing year proves him to be the New God of T20 cricket.Besides him Jamaican cricketer Chris Gayle is also today’s one of the best players in the world. Hope every year Rohit Sharma achieves new records and makes India more proud.

Who is the new king of cricket?

Virat Kohli is considered as the new king of Cricket. With an ODI average of 52 and a T20 average of 55 he is the best batsman of the world today.

In 2019 Rohit Sharma was declared as The God of Cricket by most votes in Google.

Who is better: Virat or Sachin?

Virat Kohli and Sachin Tendulkar both are best if we compare them. They are best of their Era and they inspired others players in the past and are inspiring for the future. read more here

Who is the new god of t20 cricket?

Rohit Sharma can be called the New God of T20 Cricket, based on his recent performances in T20 Series.