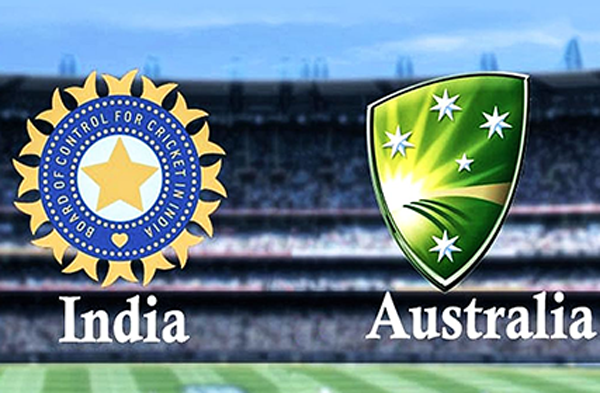 Itinerary for India’s Tour of Australia

Sydney has not undergone any cases of local Covid 19 transmission in the last week. This means that the Indian players will have more relaxations in Sydney. On the other hand, the women team for the Women’s BBL had to face immense restrictions during their stay in Sydney Olympic Park. The Indian players will be in Australia for around seventy days. Due to no recent COVID cases, they have been allowed to carry on with their regular training and practice sessions. The players have been undergoing a quarantine period for fourteen days since 12th November. Their practice sessions have not been hampered during this period.

On the other hand, the players also have the freedom to order food during their stay. The New South Wales Government has allowed some relaxations after the quarantine period ends. Unlike the WBBL players who were allowed to only go out for exercise, the Indian players will have more freedom of movement. The players can leave the venue for small excursions. Currently, the WBBL players are also allowed to go out for golf trips and outings as long as it is safe. On 24th November, Cricket Australia made provisions to airlift a few players from South Australia after a few cases were reported there.

Cricket Australia has granted permission for sixty members from India. Initially, BCCI had asked players’ families to travel back to India from the UAE after the IPL. After prolonged discussion, BCCI has allowed WAGS (Wives and Girlfriends) to accompany players on the two-month-long tour. During IPL, BCCI had left it upon the individual franchises to make the right decisions about allowing family members to move to UAE.

Royal Challengers Bangalore, Mumbai Indians and Rajasthan Royals had permitted family members to accompany players. However, Chennai Super Kings had disallowed the same. The family members have to follow the same precaution guidelines applicable to players.

Stadiums Will Have Only 50% of Seating Capacity.

According to this rule, the Adelaide venue will have around twenty-seven thousand spectators for the first day and night test match. After this match, Virat Kohli will return to India. The entry fee will be around AUS 30 $ for every match. The venue capacities and rules for public seating will change as per the Government’s notifications and Covid 19 situation.

Only Five Venues Planned For the Seventy Day Tour

To avoid any unforeseen situations arising due to COVID 19 threats, the venues for the matches have been restricted. After a long discussion between the BCCI and CA, they have finally decided on five venues. There are two venues located in Sydney where the players are currently undergoing their quarantine period. Sydney Cricket ground and Drummoyne Oval will host matches in Sydney. The remaining three venues are the Manuka Oval in Canberra, Adelaide Oval in Adelaide and the Gabba in Brisbane. The One Day Internationals and Twenty20 matches will be played in Sydney and Canberra. The Test Series will be conducted at Melbourne, Brisbane, Adelaide and Sydney.

The Australia Test Squad will be led by Tim Paine. On the other hand, Aaron Finch will be the captain for the T20 and One-day internationals. David Warner will be opening for Australia in the First Test match starting on 17th December. His perspective opening partners would be either Joe Burns or Will Pucovski. David Warner has publicly spoken that he would side more towards Joe Burns if the selectors ask him for an opinion. Warner has played many matches with Joe Burns and both are aware of each other’s strategies. Moreover, he adds that Joe did a great job last summer where their partnership averaged more than 60.

Joe Burns and David Warner have been great friends off the field as well. Warner feels that this will be a bonus if they get to open together. However, he also said that he was fine opening with Will if the selectors thought that was the right choice. Trevor Hohns is the chief selector for Cricket Australia. As of now, Trevor has not approached Warner for an opinion. Meanwhile, the twenty-two years old Will Pucovski has displayed exceptional talent and gameplay at the ongoing Sheffield Shield Campaign. Will has played well and is capable of batting at any position. He has scored a double century and an exemplary average of 247.5.

On the other hand, Burns opened for Queensland and scored a disastrous 11.4 average. Will Pucovski had recently taken a break due to excessive stress and depression. Warner also added that Rohit Sharma’s absence might be a heavy loss for the team. On the other hand, he feels that the Indian team has some emerging talent that was seen at the IPL.

According to the sources, Ajinkya Rahane will be interim captain during Kohli’s paternity leave. Warner said that Rahane has always been calm and measured in his approach and it will be interesting to see him lead the team. On the other hand, Kohli has always been passionate and aggressive in the fields. Warner plans to let his batting speak for him instead of indulging in unnecessary small talk.

India- Australia series will consist of three one day internationals, three Twenty20 and four-test series. The First match will be the first ODI scheduled on November 27th,2020.