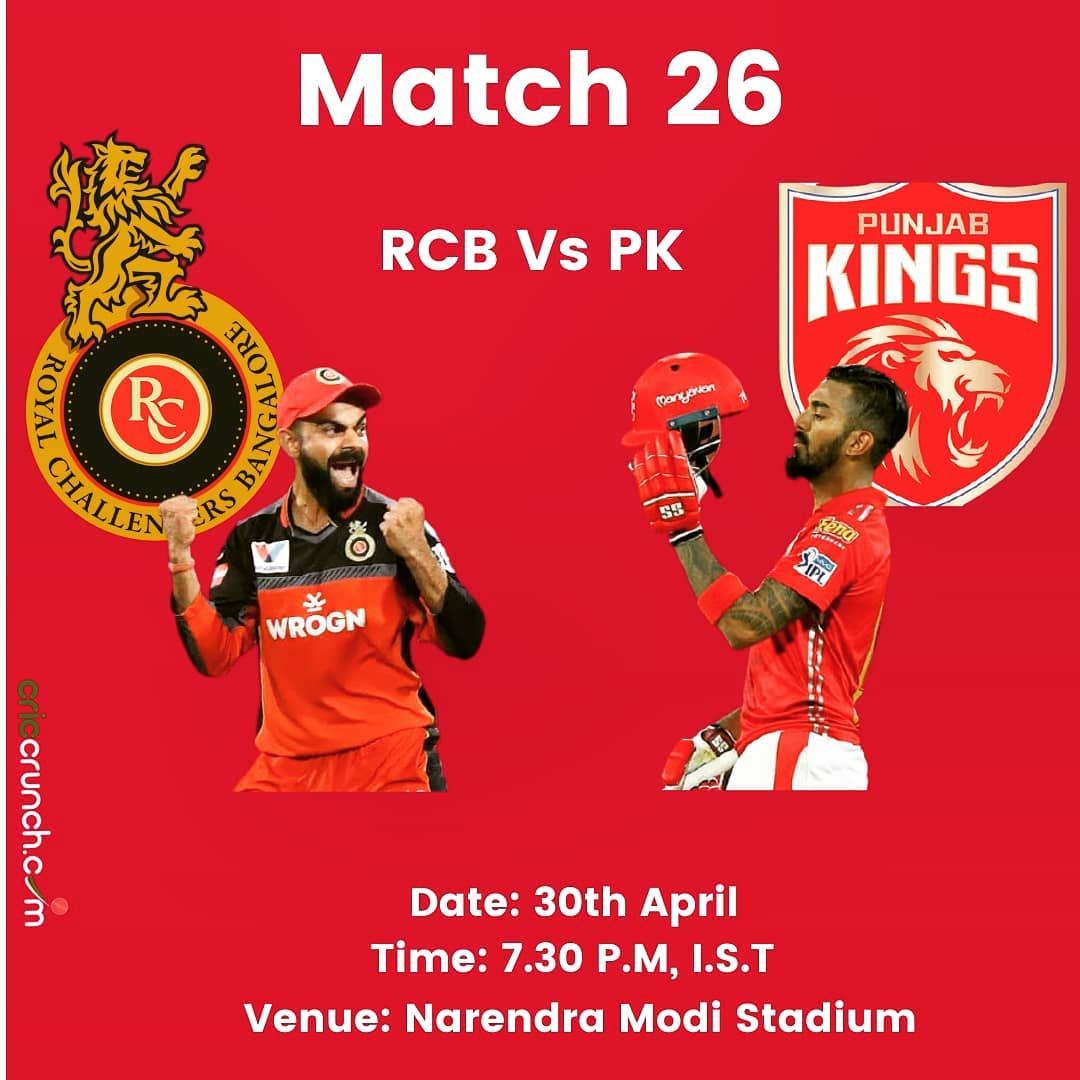 In this article, we are going to talk about PBKS VS RCB Match Highlights. The games between these two teams were always close. Against RCB, however, PBKS still had the upper hand. RCB has had a strong start to the season, losing just one match so far.

Rahul and Prabhsimran opened the innings for PBKS. Prabhsimran got the first match of this season. RCB started the pace attack with Daniel Sams.

Powerplay had been good for PBKS until Prabhsimran lost his wicket in the 4th over. Chris Gayle comes in.

During Jamieson’s over, Gayle unleashed his fury by hitting five boundaries. The Universe Boss was in the heat of the battle.

Rahul and Gayle scored 50 runs together. They were aiming for a 190 total due to the depth of the RCB batting lineup. Gayle got out in the 11th over after scoring 46 runs in 24 balls.

Nicholas Pooran got poor luck again this time. This was his 4th duck of the season.

KL Rahul has the innings in hand, but no one can put the finishing touches on it. Hooda and Shahrukh were not able to perform. PBKS middle order was having difficulties.

In the end, Rahul’s 91-run knock gave PBKS a score they could protect against the mighty RCB.

Padikkal got out early in the 3rd over. For PBKS, that was a much-needed early hit.

It was a slow start for RCB.

Rahul handed the ball to Harpreet Brar in the 11th over. That was a turning point for PBKS as he got rid of Kohli and Maxwell in a single over. Brar got his maiden IPL wicket. Soon he also got the wicket of AB de Villiers. Brar demolished the middle order of RCB.

After losing quick wickets RCB was not able to come back in this match. In the end, Harshal Patel showed his batting skills by making 31 runs in 13 balls. But the total was looking mammoth.

Man of the Match: Harpreet Brar