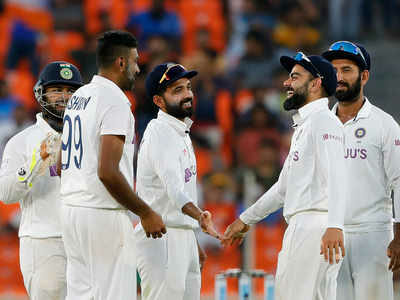 With a fantastic win against England in Ahmedabad, Team India has managed to book themselves a place in the WTC Final.

It has been reported from the latest news that Team India has to undergo a strict quarantine before the finals.

Captain Virat Kohli along with his team will fly for England where they will be asked to complete a mandatory 14-day long quarantine period before the WTC Final against New Zealand.

The quarantine period will be similar to what players had in Australia with initial 3 to 5 days of strict isolation.

Teams will be allowed to practice/train while staying in quarantine.

As per sources, The Ageas Bowl in Southampton is the preferred venue for the championship final with Hotel Hilton in its stadium premises for players to stay and serve isolation.

England Cricket Board has already booked the entire hotel between June1-26, as the final match will start on June 18 and conclude on June 22.

The ICC has decided to keep an extra day in reserve for finals just to be prepared with England’s unpredictable weather. So, June 23 will be the reserve day in case weather ditches at the last moment during the WTC final scheduled dates.

The BCCI has decided to not send players back to India Post WTC Final and instead, they will stay back in England and practice for the next test series and return to India only in August.

This decision has been taken to avoid an unnecessary quarantine period.

Postponed due to Covid-19 Last year, Asia Cup might happen at the end of June in Sri Lanka.

It is believed that the BCCI has decided to send a second -string of players there as the key players like Virat Kohli, Rishabh Pant, Hardik Pandya, Jasprit Bumrah, and Rohit Sharma will be busy practising for other Test series against England and Australia after the WTC Final.

BCCI  doesn’t want to risk the practice of the team for the Test series against England.

The only interest now is who will captain the Men in Blue for the Asia Cup in Sri Lanka in the absence of Kohli and Rohit Sharma.

We can just wait and watch till the next update.

For more updates and live updates on Cricket Trends follow us on Criccrunch.com