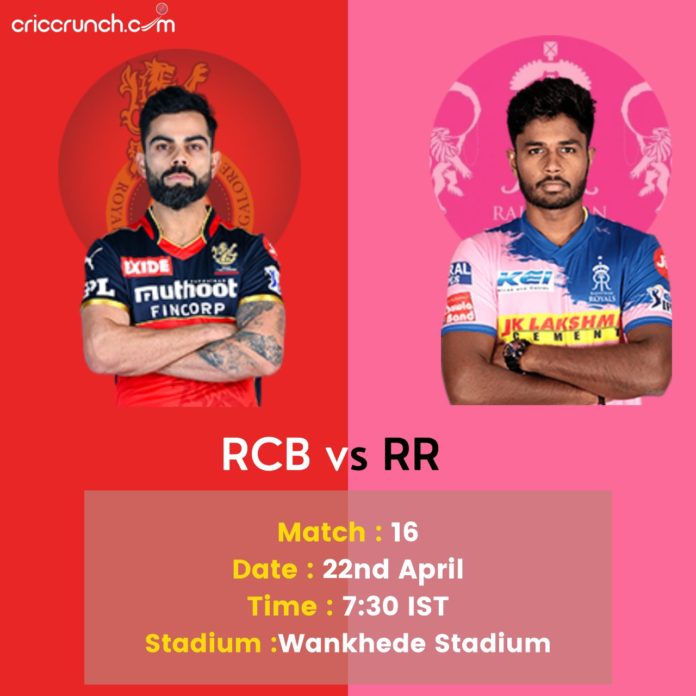 RCB have won their first three games in a row, marking the first time they have done so in a season. On the other hand, RR was struggling to get a win. They needed someone to step up and hold the innings. The probability of RR facing RCB is as challenging as it gets right now.

Let us take a look at the RCB VS RR  match from yesterday.

Royal Challengers Bangalore won the toss and opted to bowl.

Buttler and Vohra, who were RR two openers, started the innings. Siraj was the first to a bowl.

Siraj got the early breakthrough in the 3rd over for RCB by getting the wicket of the dangerous Buttler.

Vohra suffered yet another setback, whereas Siraj got Miller at the early stage. RR had lost their three wickets in the powerplay.

The condition worsened when RR captain Sanju Samson was dismissed in a soft dismissal. Samson was having another season where he only performed in the early games.

Shivam Dube and Riyan Parag held the innings by making a 50 run partnership in the middle overs.

Before Harshal got lucky with Parag’s wicket, the duo added 66 runs. RR deserves praise for not lowering their heads.

In the end, Rahul Tewatia played a fiery inning of 40 runs in just 23 balls which helped RR to make a respectable total.

Kohli and Devdutt Padikkal, RCB’s two openers, started the innings. Shreyas Gopal was the first to a bowl.

Devdutt Padikkal was in a hurry to chase the total. He was striking the ball beautifully. Virat Kohli was slowly building his innings as it was required from him.

RCB’s powerplay was on fire. They were looking to improve their Net run rate, which will help them in the later stage of the season.

RR was in trouble, and they needed a couple of fast wickets to get back on track, as it looked like it was going to be a one-way match.

Padikkal was dominating RR bowling with his calming style of strokeplay, making it difficult to stop him.

The duo added 107 runs in the 10th over. This was the highest first-wicket partnership ever for RCB.

Both the openers made a half-century. RCB dominated yesterday’s match

In the end, it is just a formality for RCB to win this game.

Devdutt Padikkal made his maiden IPL Century. It was a good knock from him. He made 101 runs in just 52 balls.

Man of the Match: Devdutt Padikkal

If you liked our RCB vs RR Match Highlights Review done by Our Team then do comment below.