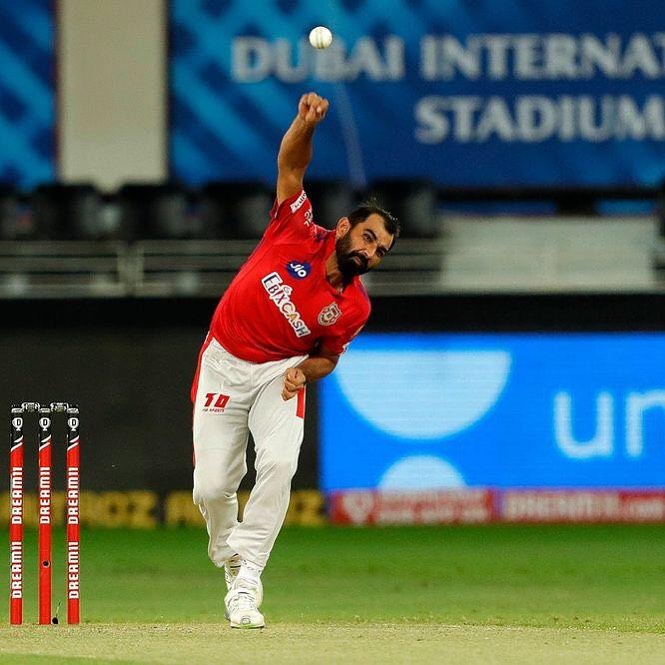 Unfortunately, Mohammed Shami is all set to miss the rest of the Border-Gavaskar Trophy. This came after his scan results revealed that the India pacer has a fracture on his bowling arm.

While batting in the second innings of the 1st Test in Adelaide, Mohammed Shami was struck by Pat Cummins (bouncer) and had to retire hurt. During the Ishan post-match presentation, the Indian captain, Virat Kohli said that Shami was in pain and could ‘hardly lift’ his bowling arm.

Shami tried to evade a short ball and backed away to the leg side. Sadly, that struck on his right forearm and he looked visibly uncomfortable. The team’s doctor rushed to see the injury and the forearm was strapped up. Because of this, Shami had to walk off the field and clearly looked in pain.

After that, Shami went for a scan after the match and the pacer was advised to be away for a while. This is because it would take quite a bit of time for him to recover.

Shami’s injury is a big blow for the Indian team. The team would also be missing its captain, Kohli for the rest of the tour. Kohli took paternity leave and would not be playing. India might have to consider Navdeep Saini or Mohammad Siraj as his replacement. There are higher chances that Siraj could make his debut in the Boxing Day Test. Siraj had an impressive outing in warm-up games 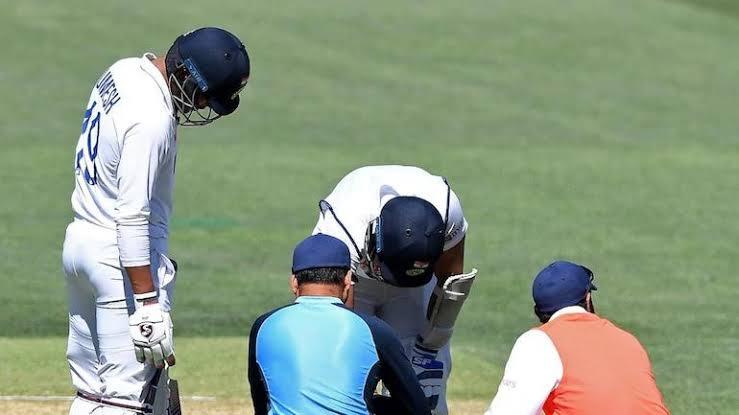 Will Mohammad Shami be Playing in the India-England Series?

According to a BCCI source, “He is not likely to play the first Test versus England as rest and rehab will take six weeks. Once the plaster is off, he will do his rehab at the NCA”.

It happened after he was hit on the elbow by a Pat Cummins short ball during India’s second innings. The series ended at a record lowest score of 36 for nine at the Adelaide Oval. He was taken to a hospital for scans and the scans revealed a fracture.

Shami left for India after he got injured. India’s home series against England starts on February 5, with the first of the four Tests scheduled to be held at the MA Chidambaram Stadium in Chennai. 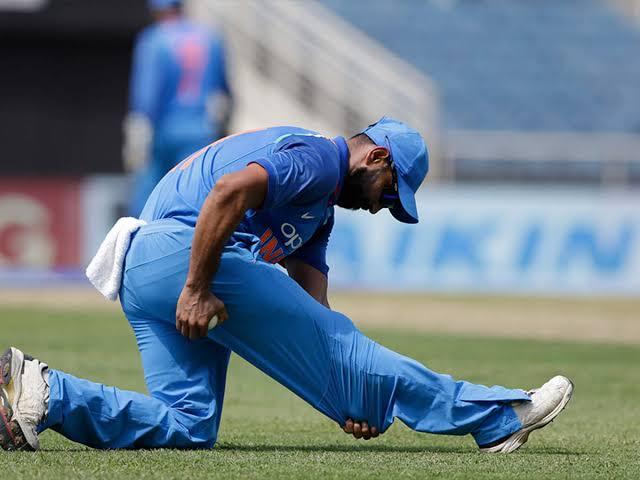 He has been one of India’s most lethal weapons in recent years and his absence will definitely weaken the team’s bowling attack. In the team’s last tour of Australia in 2018-19 when it created history by winning the country’s first Test series Down Under, Shami performed godly and ended with 16 wickets.

After he hit the blow, the India team’s medical staff rushed to his aid and the player decided to walk back to the dressing room. After team physiotherapist Nitin Patel applied what appeared to be a pain-killing spray, Shami tried to resume batting but did not seem comfortable and decided to not continue.

What Has Justin Langer said on Shami?

The Indian cricket team will find it tough to counter Australia in the remainder of the ongoing four-Test series Down Under. Australia head coach Justin Langer believes the absence of India captain Virat Kohli and pacer Mohammed Shami would give Australia the advantage. He also empathized with the visiting team after the 36-run shocker it faced in Adelaide but he is also ‘glad’ that the Indian team was ‘stressed’ during the Christmas weekend before the second Test at MCG on December 26.

Kohli also headed home on paternity leave after leading the Indian team in the day-night Test. In this match, the tourists suffered an eight-wicket defeat.

Langer additionally added “Virat Kohli is one of the all-time great players and Shami I think is a real glue for the Indian bowling attack because he’s so miserly, he’s very, very skillful,” he also said “So, of course, it gives us an advantage. But we just know we have to keep working hard in all the processes we’ve been talking about for some time. We know we have to start strongly on day one, we know we need to keep the pressure on Rahane if he is the new captain.”

“Our processes don’t change, but when you take the best players out of any cricket team, then, of course, it weakens them, that is just reality, and it gives us an advantage.” He added

Langer said Australia would drive home the advantage in the absence of Kohli by putting relentless pressure on new skipper Ajinkya Rahane.

Effect of Shami’s Leave and Link with Tim Paine

Also, Tim Paine’s batting has been a hot topic of discussion as the Australians judge every keeper-batsman but the coach has extreme faith in his skipper’s abilities and the leadership qualities he has shown in the past two years.

“…whether it’s his wicket-keeping, his captaincy, his batting, I have said publicly and privately for almost the last year, he is our most important player, because he is a lead wicket-keeper, his leadership on and off the field is incredible,” he added. 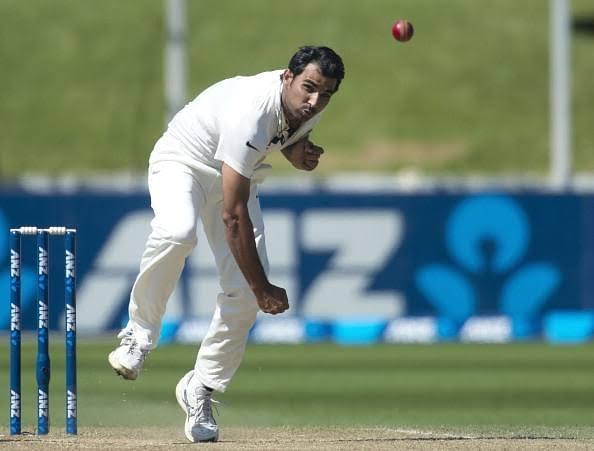 India pacer Mohammad Shami has been ruled out of the series after he suffered a fracture on his arm. He retired hurt while batting in the second innings at the Adelaide Oval after he was hit on the right arm by Pat Cummins.

Shami has a fracture and that is why he could not grip the bat and lift it at the crease. It looked bad and the worst fear has come true.

India skipper Virat Kohli had also spoken that Shami was in pain and scans were conducted to check the extent of the injury. He said “No news on Shami, he is going for a scan now. Was in a lot of pain, could not even lift his arm. We will probably know in the evening what happens,” during the post-match press conference.

Hazelwood’s Comments on the Departure of Shami

Australian pacer Josh Hazlewood said that the visitors would find it hard to have a replacement for the “class-bowler” if he was unavailable for the rest of the series. 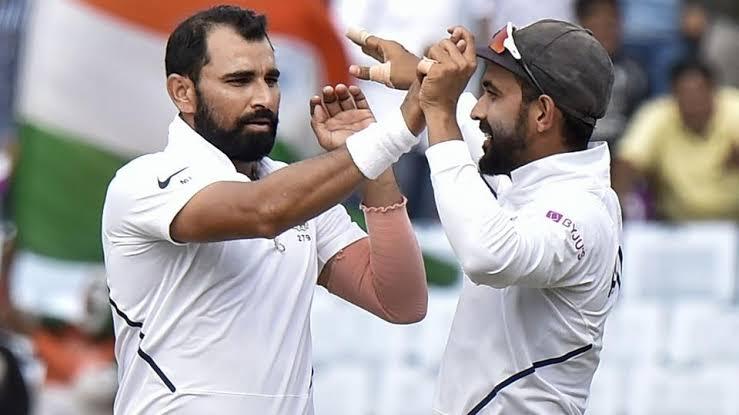 Hazlewood said during the virtual post-match press conference. “It is obviously a blow, we are going to see how bad it was. He will undergo scans to see if there is any fracture or bruising. We want to find out how much damage is done,”

“He is a class-bowler and he showed this in the game. So, India might have to dig deeper in their arsenal to try and cover him but we probably expect him to play, I am not sure how bad the injury is,” he further added.

After India was smashed out on 36 on day 3 – setting Australia a target of just 90 – Joe Burns smashed an unbeaten 51 and Matthew Wade hit 33 and the duo put on 70 for the opening wicket to extinguish any hopes India had of staging a fightback.

Indian pacer Mohammed Shami suffered a fracture after being hit by Pat Cummins’ delivery in the Adelaide Test.

During India’s horrific batting display in their second series of the day-night Adelaide Test, versus Australia, Mohammed Shami suffered an injury. Coming out to bat at No. 11 with the score 31/9, he suffered an injury when a Pat Cummins’ delivery, a short-pitched ball, hit him on the elbow.

This means that India will have to deal with Shami’s injury for a longer period as he has been sidelined for six weeks. Thus, the 30-year-old speedster will miss the Test series opener versus England in February.

In the first Test in Adelaide, he went wicketless in Australia’s first innings whereas couldn’t come out to bowl during India’s 90-run defence versus the hosts on Day 3. In his absence, India is most likely to go ahead with Mohammad Siraj for the upcoming second Test, i.e., the Boxing Day Test, from December 26 (Saturday).

Currently, the Ajinkya Rahane-led India is dealing with several issues. The batting unit will have to step up, in Kohli’s absence, in the remaining three Tests whereas there is a lot of pressure on pace spearhead Jasprit Bumrah, with no Ishant Sharma and Shami available. In addition, Rohit Sharma can only be available from the third Test onwards after completing his 14-day quarantine, in Sydney.

Details about the current Indian cricket tour of Australia 2020-21