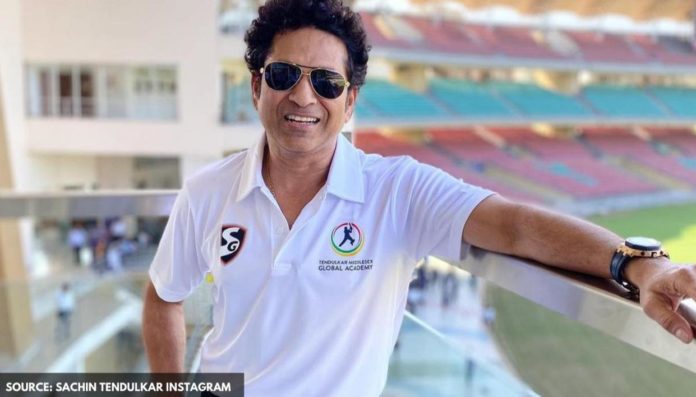 Cricket is one of the most popular sports in the world. Today cricketers have a global fan base. Cricket today is not just limited to the pitch; there are many reasons which make a cricketer famous.

Those are advertisements, promotions, social networking sites and cricket Premier leagues. Today cricketers earn a vast amount of money besides the popularity. In this article, we’ll discuss the Richest Cricketers in the World and their net worth.

Top 10 Richest Cricketers in the World:

The first on the list of the richest cricketers in the world is Master blaster Sachin Tendulkar. He was the first Indian sportsmen to land a commercial deal worth Rs.100 crore with MRF in 2001.

Sachin officially owns property worth Rs. 520 crores. He is also considered big in the real estate business. Sachin is the co-owner of Tamil Thalaivas. He has a wide range of expensive cars which is also a valuable asset. Which makes Sachin the Richest Cricketer in the world.

Sachin Tendulkar has taken retirement from all forms of cricket. As a retired cricketer, he earns Rs. 4 crores as a monthly income and salary. His yearly income is above Rs. 50 crore plus.

Sachin Tendulkar has also made a Documentary film on his cricket journey in 2017 named – “Sachin-A Billion Dreams”. This film earned around Rs. 77 Crores.

Captain cool Mahendra Singh Dhoni is the second on the list of the richest cricketers in the world. Dhoni is currently the face of 12 different brands including GoDaddy and Colgate.

Dhoni’s net worth in Indian rupees is 767 crores. His IPL salary is 15 crores, T20 match fee is 20 lakhs, personal investments of Rs.620 crores, and he owns seven luxury cars which are estimated at around Rs.12.5 crores.

Apart from his massive record and earning, Dhoni is best known for his charity work and his support for sports and towards young athletes. Mahi has a luxury home in Dehradun which is estimated at around Rs 17.8 crores and he also has multiple real estate properties. Which makes MS Dhoni the second Richest Cricketer in the world.

MS Dhoni is among the top three richest cricketers in the world.MS Dhoni one year income is Rs.50 crore. He signed for IPL team Chennai Super Kings in 2008 for Rs.15.71 crores.

MS Dhoni has earned a total of Rs.137.8 crores in salary in his IPL journey of over 13 years. Also, he earned Rs.30 crores from the movie based on his life – “MSD The Untold Story”. You can also check more revenue details of Dhoni in this Article: MS Dhoni’s Net Worth.

Coming on the number third of Richest Cricketers in the world is Indian National Cricket team captain Virat Kohli.

Virat Kohli is a Grade-A player, according to BCCI he gets Rs.1.25 crore as his retainer fee on an annual basis and receives Rs.5 lakh, Rs.3 lakh, and Rs.1.50 lakh for playing a test match, ODI match, and a T20 match. His salary even includes Rs.5 crore as a bonus amount.

Virat is the most followed cricketer on Instagram with a hundred million followers. He became the highest-paid IPL player ever when he extended his contract of Rs.17 crores with Royal Challengers Bangalore.

He also earns millions through various advertisements during the IPL. For Jio Virat has charged up to Rs.30 lakhs for an advertisement.

Kohli charges over 4 crores a day for his shoots and endorsements. Puma, MRF, Audi, Manyavar, Tissot are Kohli’s main brands. He also owns his fashion brands Wrogn and One8. Which makes Virat Kohli the third richest cricketer in the world.

Ricky Ponting is one of Australia’s finest cricketers. He represented Tasmanian Tigers in Australian domestic cricket and played in IPL with Kolkata Knight Riders in 2008.

The fourth in the list of the richest cricketer in the world is former Australian Captain Ricky Ponting. His book “At the Close of Play” is one of the top-selling books in the world of cricket, which earned him a good source of income.

He led the Australian team to back-to-back World Cup wins in the ODI format where they won a record of 34 matches in a row. He makes more than $4 million every year just through endorsements and was paid a $1 million salary by Australia for playing cricket.

Ricky Ponting has a net worth of $65 million. Adidas, Rexona, Valvoline are some of the brands he has endorsed.

Next on the list of the richest cricketer in the world is former Caribbean international cricketer Brian Lara. He has a net worth of $60 million.

Brian Lara is widely recognized as the greatest batsman of his era. He made his breakthrough in 1987 when he scored 498 runs in the West Indies youth championship and he broke the record of 480 set by Carl Hooper the previous year. He has endorsed brands like Bmobile telecommunications and Angostura’s LLB.

Brain Lara also founded the Pearl and Bunty Lara Foundation an organization that focuses on assisting social care problems. Lara was the brand ambassador for MRF, which is one of his biggest brand partnerships. Which makes Brian Lara the fifth richest cricketer in the world.

The legendary Australian leg-spinner Shane Warne is sixth on the list. He is regardless one of the richest cricketers in the world with a net worth of more than $50 million.

Shane Warne is regarded as the greatest spinner of all time, he led the bowling attack in Australia Golden Era of 2000. Warne was the skipper of Rajasthan Royals and led his team to victory in winning the inaugural season of IPL in 2014 and today he helps the Rajasthan Royals as their head coach.

Shane has endorsed brands like Pepsi, McDonald’s, Victoria Bitter, and many more.

Jacques Kallis is the greatest all-rounder of the 21st century. The former South African cricketer is currently the coach of their national team. He is the only cricketer to score more than 10,000 runs and take over 250 wickets in both ODI and test cricket. He played in IPL teams of Royal Challengers Bangalore and Kolkata Knight Riders.

Kallis was the brand ambassador of Advanced Hair Studio India in 2017. After his retirement he has taken many coaching roles all over the world.

The eighth richest cricketer in the world is Virender Sehwag. Currently, he is enjoying comfortable retired life and career in commentary with a net worth of $40 million.

Virender Sehwag is the most famous and admired cricketer from India. He is known for his aggressive batting style and comments on social media. He represented Delhi Daredevils and Kings XI Punjab in his eight-year IPL career. Sehwag was the first Indian to achieve the leading cricketer in the world award in 2009. He is the only batsman to date to hit the fastest triple century in international test cricket.

Sehwag was Hero Honda’s brand ambassador for a long time. He also endorsed international brands like Reebok, Boost, Adidas, Samsung, and many more.

Yuvraj owns a house in Chandigarh and a flat in Mumbai, and many other properties all over the country. He also has luxurious cars like Audi Q5, BMW3 series etc which are worth approximately Rs.10 crores.

Shane Watson is the former Australian skipper and one of the greatest cricketers in modern times. He was the highest-paid cricketer in the world for five consecutive years from 2011 to 2015.

In the 2016 IPL auction Shane Watson was the most expensive player purchased; he was brought by Royal Challengers Bangalore for 9.5 crores. Watson has purchased many properties and luxury homes in Australia.

These were the top 10 richest cricketers in the world. Many young cricketers are gaining popularity nowadays and in coming years they will also make it to the list with their potential, popularity and talent.

Sachin Tendulkar is the richest cricketer in the world, with a net worth of Rs. 1090 crores.

What is the net worth of Virat Kohli?

The net worth of Virat Kohli is  Rs. 638 Crores. He is third in the list of Top 10 richest cricketer in the world.

What is the net worth of Rahul Dravid?

Who is the richest cricketer in the world outside India?

Ricky Ponting an Australian cricketer net worth is Rs. 500 crores he is the richest cricketer in the world outside India.