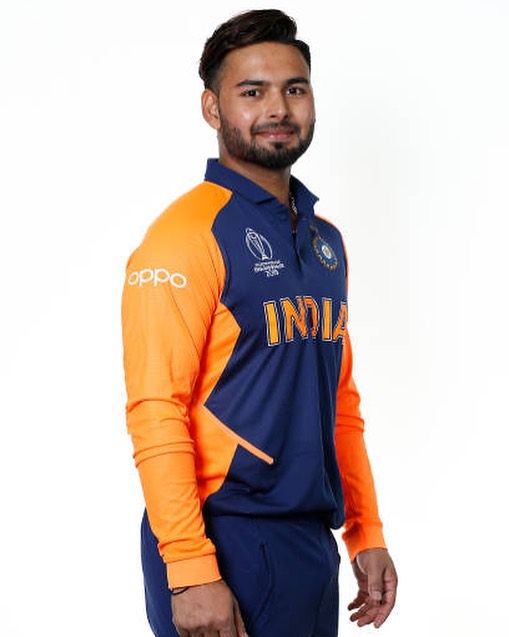 On October 4th, 1997, in Roorkee, Uttarakhand(India) Rishabh Pant the amazing left-handed wicket-keeper and batsman was born to his parent Rajendra Pant and Saroj Pant. Cricket is such a widely played game in India, you can often see young kids as well grown-up adults and even some senior citizens who still have their youthfulness playing cricket on the roads. Cricket just awakens some deep inner childishness in everyone.

Rishabh Pant’s journey is such, he had also started playing cricket at a very early age and he also used to play cricket for his school team, since a young age cricket had really fascinated him and he had wanted to become a great cricket player who everyone talks about. But Rishabh Pant’s success did not come that easy to him. At the tender age of 12, he had started practicing hard under his then coach Tarak Sinha, but the process to be taught by him was a difficult one.

Because he had to travel to Delhi with his mother every weekend to be taught by him and at that time Rishabh Pants family did not have a house of a flat in Delhi so, he and his mother had to stay a Gurdwara near the locality of Sonnet Cricket academy, because that’s where Tarak Sinha used to teach him at that time.

Sinha had earlier had asked Rishabh Pant to play his U 13 and U 15 from Rajasthan but Pant was adamant about playing for Delhi. For some reason, Delhi has always had a soft spot in Rishabh Pant’s heart and even though it was tedious to travel every weekend from his home to Delhi, he always waited for the weekend.  And his early cricket journey was not really easy, he had to go through multiple trial and error process. But he finally got a little luck during his U 19 match which he played against Assam and obviously for Delhi.

And in that match, he had received a top score of 35. He was very happy about what he had achieved but unfortunately did not receive the same reaction from his coach and mentor Sinha. Sinha rather scolded the young Rishabh for his lousy play. Now obviously other people would react by saying that Sinha was rude and should have not said something like that to a young child who has received his first victory, but, that not really the case.

Sinha was not rude rather he knew Rishabh’s potentials, he knew he could have done so much better than just a 35. Sinha just wanted good things for Rishabh and also did not want that small victories like this to get to young Rishabh’s head, and for that what he did was the right thing, even though it might have broken young Rishabh Pant’s heart. So, as to prove to his mentor his capabilities in the next inning he earned a 150 and still believes that this was the greatest feeling that he has felt in his earlier career.

And after the U 19 matches Rishabh Pant’s career in cricket took over because soon in 2015, 22nd October to be exact Pant made his first-class debut when he plated in 2015-16 He soon made his first-class debut in the Ranji Trophy, and during that tournament in 2016 on 8th November to be exact Pant scored his fastest century ever, that is in just 48 balls and that too against Jharkhand. That was just a breath-taking moment for him.

He was also declared the third youngest Indian cricket player to achieve a triple century in their debut first-class match. And he had earned that title while playing against Maharashtra, and he scored a total of 308 runs in a single inning and that was definitely mind-blowing both for the onlookers as well as Rishabh Pant himself.

In the same year in 2015, Rishabh Pant also did his first A-List debut in the 2015-16 Vijay Hazare Trophy. During this trophy, Pant did not only play as a mere batsman rather he was made the Captain of the Delhi team. That was probably his most dream come true moment because he not only loved cricket with all his heart but he loved Delhi too and to become the Captain of his favourite team he was definitely on cloud 9. An interesting thing about his captainship was also that he replaced the iconic Gautam Gambhir as the Captain, but it was found that it was a harmonies decision because they knew that Rishabh Pant had what it takes to lead a team.

He definitely did not disappoint. Soon after that he also achieved the title of the second-fastest century in the T20 match which was held in the January of 2017-18, it was the Zonal Twenty20 League and he had scored 100 runs in just 32 balls.

Seeing his talent and dedication Delhi Daredevils bought Rishabh Pant for 1.9 crores for the Indian Premier League on 6th January of 2016. He was also playing the U 19 World Cup during that time and miraculously on the same day he was bought he score a century which led the Indian team into the semi-finals. And after he was bought by the Delhi Daredevils in the IPL, at the end of that very season Pant has announced the captain of the team strictly for the one-day format. But that was a great success for Rishabh Pant.

After all those long years of practicing and making himself strong enough to play against anyone and every one, this was a really great achievement for him. He was basically peaking in his cricket career as at the same time he also made his grand full India debut in the T20 Internationals which he played against England.

In 2017 Rishabh Pant received the heartbreaking news of his father passing away because of Cardiac Arrest. Rishabh is a very emotional person even though he doesn’t like to show his emotion but this news almost broke him, his father had done a lot for him and his family and did not want to let him down so just two days after cremating his late father he instead of breaking down and taking a break, scored a total of 57 runs in the Indian Premier League for Delhi Daredevils. This really showcased his sportsmanship and his true zeal for cricket.

Further, he also put up a great display of his potentials in the 2018 T20 league. And seeing that the selectors wanted to take a chance and see how Rishabh Pant would perform in the other countries so they selected him to play in the Nidahas Trophy that was going to be held in Sri Lanka. But unfortunately, it was probably not the best decision to take because Rishabh could not contribute much during that match. This only shows that it’s not true that when a player reaches their peak, then they will never fail. Failure can come to anyone at any point in time and even to great players. It’s just that it might not have been Rishabh’s best day.

Every person has their bad day not only Rishabh Pant and what one can learn from him is that even if someone is having a bad day, but they should also always put their best foot forward and not have a setback because that one day was bad. Rather one should practice harder and make himself stronger for the next day and not let anything come between you and your goal.

The Year of Comeback for Rishabh Pant

In 2018 specifically on 18th August Pant made his very first debut against England and became the first batsman to get off the mark during a test cricket with a mind-blowing six for India. And then in the same year of 2018 on 11th September, he scored his amazing maiden century again this time against England. And surprisingly in 2018 itself, he became the first-ever Indian Wicket Keeper to astonishingly score a test century in England and also achieved the grand title of being the second youngest wicket-keeper, which along with his head-turning batsmanship was a great achievement for him in his successful career.

In the following month of October specifically on the 21st of the same year 2018, he made his very first debut in the One Day International against West Indies for India, it was another important success in the book of Rishabh Pant’s achievement.