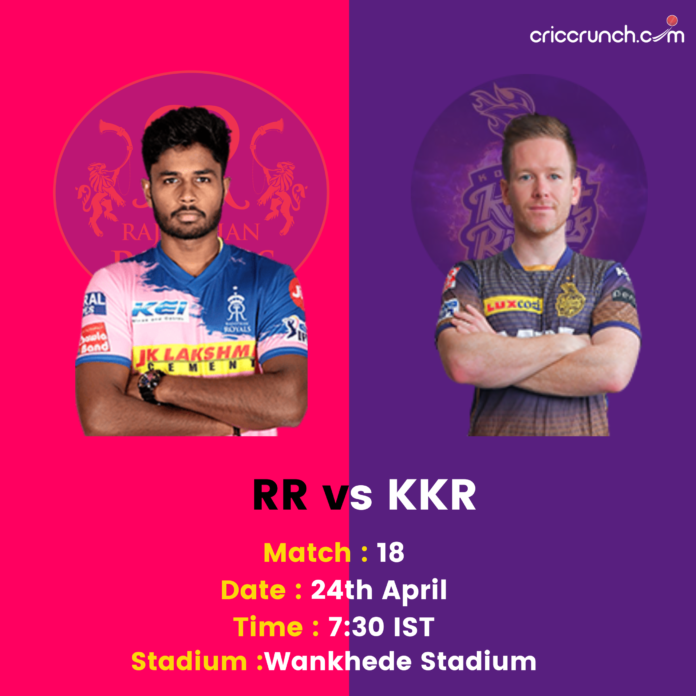 Both teams needed to find their winning ways. So far, they had an ordinary season. It was a seven vs eight battle. It was RR VS KKR .The captaincy of both teams is still in a doubtful situation.

Let us take a look at yesterday’s match.

Toss: Rajasthan Royals won the toss and opted to bowl.

Both openers were looking great by giving a constant start.

KKR performance this year is questionable; they are not looking confident in this season. Someone needs to stand up for team morale.

In the 6th over, Shubman Gill was run out by Buttler, which gave RR the first wicket of the match.

KKR played 21 dot balls which were very concerning at that moment.

Nitish Rana and Narine could not give their best performance as they were out in the early stage of the match. Narine was once a top opener for KKR, but this season he is just playing average.

The situation got worse when KKR captain Morgan got ran out for a duck by Chris Morris.

Dinesh Karthik and Rahul Tripathi were slowly building the KKR innings to provide a decent total but could not make it to the end of the innings.

Check out Top Cricket Leagues in the world

Yashasvi Jaiswal got the first match of this season. A lot of hope depends on this young player.

He opened the innings with Buttler. Shivam Mavi opened the bowling attack.

Yashasvi Jaiswal was hitting the ball beautifully. A young player of his talent surely will make a mark in the Indian Team.

Buttler got out in the 4th over. After the departure of Buttler soon Yashasvi also got out. He provided the best run rate in the powerplay for RR, which was needed in this season.

In the end, Samson and Miller finished the innings and won the match by six wickets in the 19th over.

Man of the Match: Chris Morris