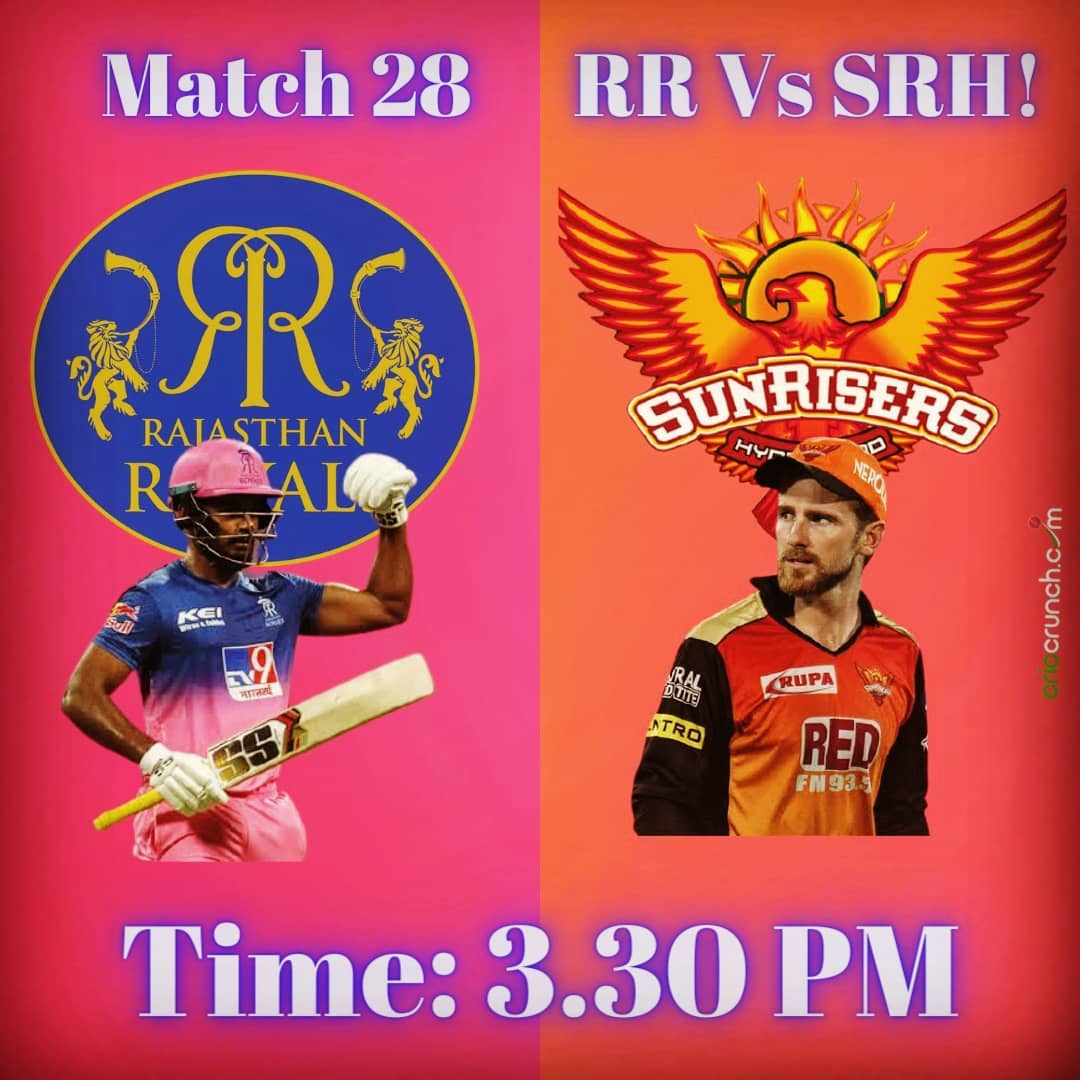 For the remaining of the season, SRH will be led by Kane Williamson, who will replace David Warner as captain. Both teams had neck-to-neck matches in the recent past.

Toss: Sunrisers Hyderabad won the toss and opted to bowl.

Buttler and Jaiswal opened the innings for RR. Bhuvneshwar opened the attack for SRH.

Rashid got his wicket in the 3rd over by getting LBW Jaiswal. It was an early blow for the Royals as the power play was going slow.

It was a steady start from the Royals. After 6 overs the score was 42/1.

Samson and Buttler made a 50 run stand. Samson was hitting boundaries beautifully.

Buttler made a half-century and he was looking to dominate the last 7 overs as he had been quiet in the innings.

Samson got out and Buttler made his first IPL hundred.

In the end, Buttler took the charge and made 124 runs in just 64 balls which gives RR a mammoth total to defend.

SRH was off to a good start utilizing the power play. But their main concern was the middle order can they pull this one.

Manish Pandey got out in the 7th over. He seemed to be on his way to a major win, but he was unable to translate it once again.

Soon Bairstow also got out in the 8th over. The opening partnership had been broken and the required run rate was getting out of reach.

One by one the middle order of SRH was shattered in a quick time. Shankar-Williamson-Kedar easily got out.

Now the win for SRH was looking out of hand.

Man of the Match: Jos Buttler(Jos the Boss)