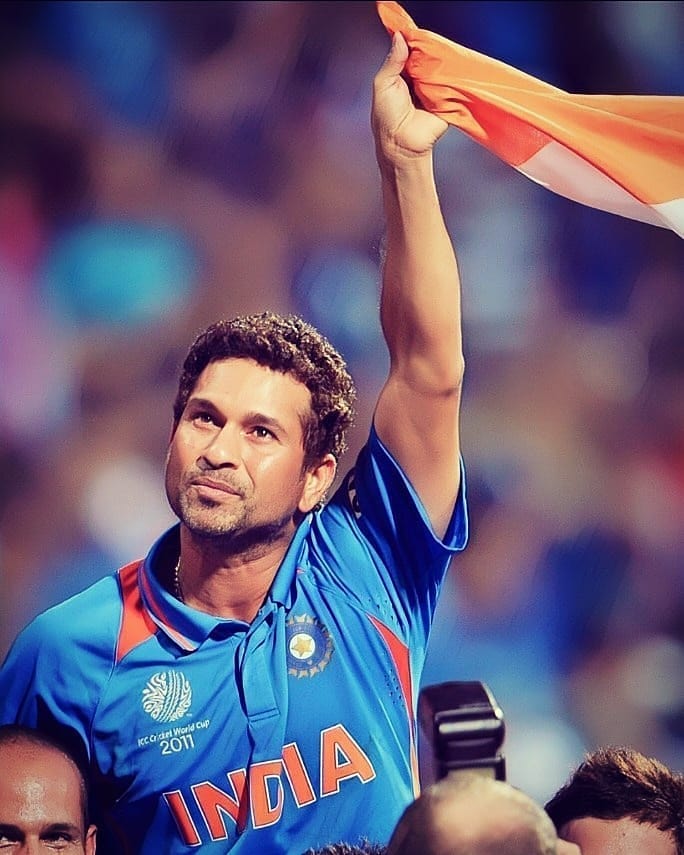 Sachin Cricket Career and Stats WOW this is something that every cricket fans want to talk about.

Sachin Tendulkar is one of the greatest names in the history of cricket. Every youngster in India and even some living in different foreign countries have wished to be as good of a player as Sachin Tendulkar. And there are not many players who can earn a name like Sachin himself. But how exactly did he gain so much fame you may ask, in this article we are going to look at Sachin Tendulkar’s cricket journey and see how many he receives so much fame even today after being retired.

IPL debut vs Chennai Super Kings at Wankhede Stadium, May 14, 2008

Last IPL vs Sunrisers Hyderabad at Wankhede Stadium, May 13, 2013

On 24th April 1973, Sachin Ramesh Tendulkar was born in Mumbai, Maharashtra and also known as the Master Blaster is a former Indian international cricketer. He was born in a Brahmin family, his father’s name was Ramesh Tendulkar and he was a Marathi poet and a novelist while his mother Rajni Tendulkar was an Insurance company worker. Since he was a young gentleman, he was interested in cricket and he got his very first cricket bat when he was just 11 years old.

He also used to play on his school cricket team and soon after he received his first bat, he scored 329 out of the world record of 664 at the young age of 14 in his school match. This truly showcased his pure talent and just a year later he made his first-class debut for Mumbai on 11th December 1988 and he played against Gujrat, and there he scored a mind-blowing century and left everyone dumbfounded, that was the real start to Sachin’s cricket journey.

He was so successful in cricket during his young years because of not only his talent but also because of the guidance of his amazing coach late Ramakant Achrekar. Ramakant Archrekar was also a Dronacharya award-winning guru but he sadly passed away recently in January 2019.

At the young age of 16, in Karachi, he played against Pakistan and became India’s youngest International Test cricketer in November of 1989. Later when he was 18, he played against Australia and scored double centuries. Then again, he played against West Indies in 1994 and scored a total of 179. Seeing so much potential, hard work and perseverance in him, Sachin Tendulkar was made the captain of India at the tender age of 23 in August 1996. And he even led the team in the World Cup of 1996.

And although India lost in the semi-finals, Sachin Tendulkar has announced the top run-scorer of the tournament with a total of 523 runs, it was really a bittersweet moment for him. Because although he could not lead his team to victory, he did make a great achievement for himself and was therefore very emotional at that point in time.

Because of his outstanding gameplay and amazing leadership skills, Sachin was chosen for the highest award that can be given to any Indian athlete, and that is the Rajiv Gandhi Khel Ratna Award. This was one of the greatest moments in Sachin’s cricket journey and this man showed the world that even though he was born a prodigy and played so well he never got over the cloud.

He always remained grounded throughout his cricket journey and practiced harder than before each time to make himself better than he was before. He always thought that there is always room for improvement and there is no one who has achieved all the knowledge.

He was such an amazing player does not mean that he did not face failures, he did like in 1999 during the World Cup India was defeated again and this time by Australia and the sadder part is that they could not even stand past six rounds.

Then once again in the 2003 world cup Tendulkar did everything to the best of his abilities and carried the team to the finals, but again Australia defeated them. And although in the 2003 World Cup he was awarded the Man of the Tournament Trophy, he was not the happiest because as a matter of fact, he knew that he could have won but something minor just went wrong.

Sachin throughout his cricket journey has faced multiple failures but he had never let the failures get to him and bring him down. He was a staunch believer that there is always a next time and that one should train and prepare harder than the last time to reach their goal. And that is the truest thing, not only in the world of cricket but in the world in general.

In the following years his hard work paid him off and he achieved multiple milestones in his life, starting from the December of 2005 when he broke Sunil Gavaskar’s record by earning 35 centuries in the Test play against Sri Lanka, he achieved 35 centuries over the course of only 125 Tests. Soon after in 2007 he recorded a total of 15,00 runs in One Day Internationals, and became the first player ever in the history of cricket to accomplish this many runs in the ODI, this was another milestone in Tendulkar’s cricket Journey.

Just a month after his last milestone, Tendulkar hit another milestone which is unbelievable, this time he scored a double century against South Africa which led him to become the first man in the history of cricket to earn 200 runs in a single inning in a One Day International.  That double-century against South Africa is still one of the historic moments in Cricket. We can hardly feel what Tendulkar felt that night, after working so hard and even going through rough patches of time Tendulkar had reached so high that he couldn’t believe his own eyes.

In 2010 the International Cricket Council announced Sachin Tendulkar as the ICC Cricketer of the Year. And finally, in 2011 he led his team to victory in the 2011 World Cup. And after losing so many times and ones after losing when they were literally inches away from winning, this win was the best feeling ever, and not only for Sachin himself but also for the entire Indian team and the whole of India.

Each and every person in India along with all the Indian supporters all over the world were sitting on the edge of their chair, rooting for India to win. And the thrill and excitement that went through each and every supporter so crazy, everyone both on the bleachers as well as people sitting at their home was captivated and on their victory the view were breathtaking. For Sachin Tendulkar himself that was the best experience in his entire journey of cricket, he was the most emotional of all people present there, it was like a dream come true for him.

On December 5th of 2012, Sachin Tendulkar was recorded as the first batsman ever in the history of cricket to cross 34,000 runs cumulative in all of the formats of cricket. During his long and fruitful journey in cricket, he had played for multiple different teams at different times like the Mumbai Cricket team, A. C. C. Asian XI, Mumbai Indians, he also played for an International cricket team and that is the Yorkshire Cricket Team, and the most obvious and the closest one to his heart is the Indian Cricket Team. Without the Indian cricket team and all his coaches and people who deeply influenced him, he would have not reached anywhere near where he is now at the moment.

In the International approx. Sachin Tendulkar has played a grand total of 657 matches among them he has made many histories that the next generations of cricketers and people, in general, will continue to talk about. And after his last biggest and the most awaited milestone that was scoring his 100th century in Asia Cup which he played against Bangladesh in the year 2012, and specifically on 16th March, Tendulkar felt that that was enough of his journey in cricket and in 2012 on the 23rd of December Sachin announced the heartbreaking of retiring from the One Day International Cricket.

And the news really broke thousands of Tendulkar’s fans’ hearts, not only in India but also all over the world. Even the opposition team was sad to lose such a great competitor and those who got a chance to play with him during the course of his cricket journey felt honoured to have been so lucky as to play with the one and only Master Blaster Sachin Tendulkar.

In 2013, after Sachin’s 200th Test match which he played against West Indies, specifically on the 16th of November he bid his adieu to the cricketing world, but there was still a ray of hope because he only said goodbye to the cricketing world as a player. But even though this news along with the other heart-breaking news of him retiring from the ODI’s, this news felt like salt on an open wound, people all over the world were so upset that they would never be able to see the amazing Sachin Tendulkar on the fields in live-action.

One interesting thing about Sachin Tendulkar is that before his total retirement, Tendulkar in 2012 became nominated in the Rajya Sabha, which is also the upper chamber of the Indian Parliament and surprisingly Sachin accepted the nomination and although he became the first-ever active athlete to join that body, there were multiple speculations already arising that he was actually going to retire and turns out the speculations were true because he really did retire the very next year.

Later on, in 2014, Sachin has presented the highest civilian honour that a person can ever achieve and that is the Bharat Ratna Award, making him the first-ever sportsman to receive this award. Tendulkar’s Rajya Sabha term ended in 2018 and soon after that in the year, 2019 Tendulkar was put on the International Cricket Council Hall of Fame.