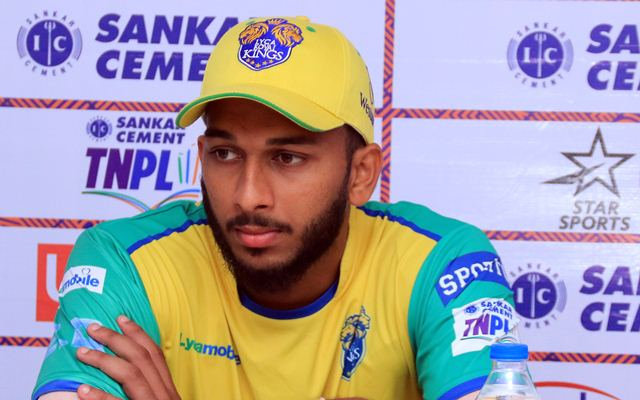 The 2021 Indian Premier League / IPL auction was all about who is Shahrukh Khan Cricketer?, when the KingsXI Punjab co-owner Preity Zinta quipped: “We got Shahrukh”.

Preity Zinta then said at a media conference that she has been getting a lot of messages asking who this Shahrukh Khan is.

While you may have been wondering the same, so here is the answer.

Shahrukh recently gained headlines for his auction, where he was bought for whopping 5.25 crores for KingsXI Punjab.

At 6 feet 6 inches, Shahrukh showed plenty of promise at different age-group cricket for Tamil Nadu and was destined to play on the big stage.

In 2016 he faced his first setback when he was ignored for the U-19 World Cup despite boasting of strong numbers in the Under-19 Cooch Behar Trophy (624 runs and 18 wickets).

However, it turned out to be a blessing in disguise as he was pitch-forked into the Tamil Nadu team for the Vijay Hazare Trophy in the same year.

In 2012, Shahrukh was named the Player of the Junior Super Kings Tournament after making a splash with his batting and off-spin for the St Bede’s school.

Around this time, Shahrukh had also started playing the first-division league in Chennai, and training with strength and conditioning coach Azhariah Prabhakar, who has helped unlock his big-hitting.

In 2016 Shahrukh made his Twenty 20 debut where he smashed an 8-ball 20 in a losing cause for his team. The introduction of TNPL gave him a new lease of life and Shahrukh was picked by the Trichy franchise and he had a tournament to forget.

In the 2018 edition of the tournament, Shahrukh honed his skills and compiled 325 runs in nine games for a new franchise – the Kovai Kings and it paved the way for his comeback into the Tamil Nadu side.

He was also shortlisted for Indian Premier League 2020 but did not get a chance in the 2020 auctions but this year he is all set to showcase his batting skills.

Shahrukh Khan also appeared for trials for Kolkata Knight Riders and Rajasthan Royals but was later bought by Kings XI Punjab for Rs. 5.25 Crores. He was the eighth expensive buy of the IPL 2021 Auction.

What is Shahrukh khan cricketer age?

Who is Shahrukh khan in Cricket?

Sharukh Khan is a young middle-order batsman who represents Tamil Nadu in the domestic circuit. He is going to play in IPL 2021 from Kings XI Punjab.

Shahrukh khan will play from which team in IPL 2021?

Indian middle-order batsman, Shahrukh Khan has been bought by Kings XI Punjab for Rs.5.25 Crore in the IPL 2021 Auction.