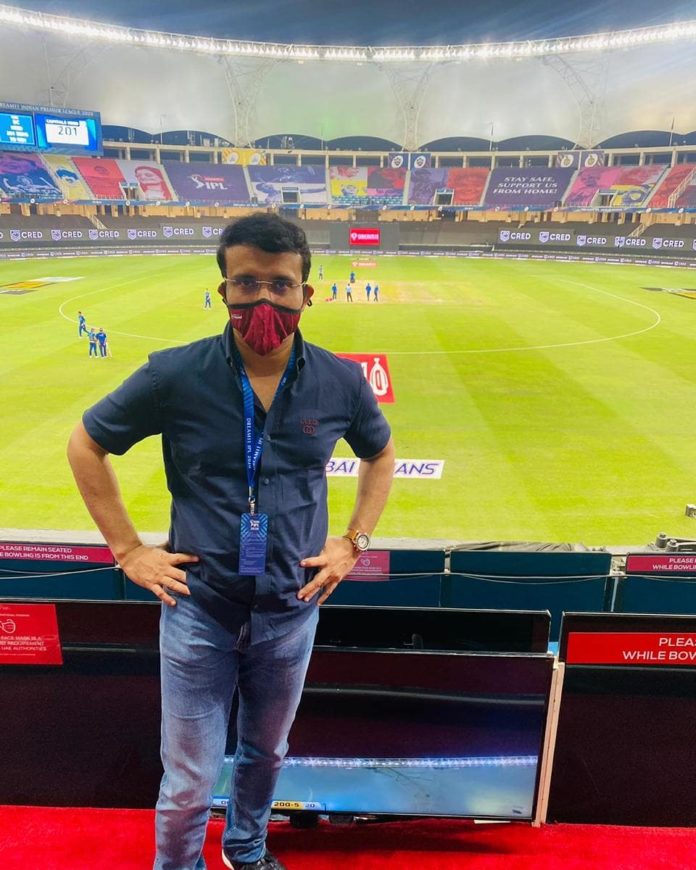 Former Indian captain Sourav Ganguly (Sourav Ganguly Stable) was rushed to the hospital after complained of chest pain while working out at a gym. He had three tiny blockages in his coronary artery. He underwent angioplasty and is doing well now. He tested negative for the novel coronavirus and showed no sign of fever after the surgery. His cardiac surgeon Devi Shetty confirmed that Ganguly has a strong heart. Dr. Shetty, along with a team of 9 doctors, is attending to the former batting great. Shetty said “ This event will not affect his lifestyle or lifespan. He is going to lead a normal life like anybody else. Sourav can participate in a marathon, fly a plane or even get back to cricket if he wants without this event being any setback as his heart has not suffered any damage. He can start working from home as soon as he reaches home.”

Ganguly will leave the hospital on 6 January 2020. He has to take oral medications and will be monitored daily at home. He will have to undergo two more angioplasty for the other blockages after two weeks. Shetty added, “He has the option of both medication and angioplasty for the other blockages. We have left it for him to decide. He can wait for two weeks and then take a call”.

Ganguly’s sudden illness came as a shock and raised a question about how a 48-year-old athlete like him, a fit man, can have a heart attack. Shetty commenting on this said, “ Irrespective of how strict you are with your lifestyle, irrespective of how athletic you are, you can still have a heart attack if you do not go a preventive heart check-up at regular intervals.” He also added that this could have been predicted years ago if Ganguly underwent check-ups. Shetty requested the country’s sports bodies to ensure sportsperson go for mandatory cardiac and body check-ups every two years. Mamata Banerjee met Ganguly in the hospital and expressed her surprise that he never underwent any preventive check-ups.

Since Ganguly experienced chest pain after his gym session, many gym enthusiasts are worried. They are rethinking about the workouts they have been doing. Gym trainers usually do a good number of workout tests before starting with a new member. This is to check the stamina of new gym members before assigning them workouts. But after Ganguly’s illness, they are rethinking advising to go for better food habits and regular health check-ups. After the 40s, everyone should consult a certified trainer for exercises and do regular health check-ups. Heavy exercises can put you in trouble if you have any heart issues.

Ganguly has a family history of heart diseases. His father died due to heart attack. Ganguly’s health condition is called triple-vessel disease. The Woodlands hospital has set up a Sourav Ganguly lounge to those who are visiting to meet him.  Dr. Rupali Das, MD of Woodlands hospital, said “ we cannot allow people to go near him. We are following all sanitization norms before letting people inside the lounge.” The hospital also stated his health.

The statement said “Mr. Sourav Ganguly, 48 years old, President BCCI, former Captain of Indian Cricket team and eminent personality suffered from chest discomfort while doing treadmill at his home gym. He had a family history of IHD ØE Ischemic heart disease. When he came to the hospital at 1 pm, his pulse was 70/min, BP 130/80 mm of Hg and other clinical parameters were within normal limits. His ECG showed hyperacute ST-segment elevation in inferior leads and lateral leads. Echo showed mild inferior wall hypokinesia with preserved overall left ventricular function. He is stable hemodynamically. He has received loading doses of dual antiplatelets and statin and is undergoing primary angioplasty now,”

Wishes Poured in For Ganguly 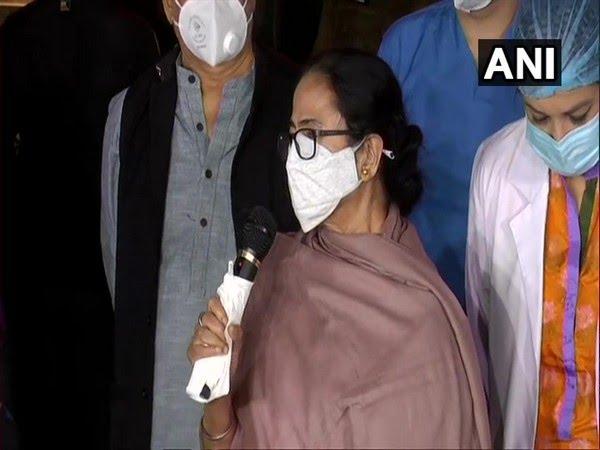 Prayers and wishes poured in after the news of Ganguly’s health broke. Former BCCI president Anurag Thakur visited Ganguly at the hospital. He briefed Ganguly’s health details on Twitter. His Twitter video post says ” He has defeated many rivals on the cricket field. He has seen several ups and downs on the cricket field and gas always emerged victoriously. Regarding his health, when I met him, there was a smile on his face. He was looking healthy, and soon, he will resume a normal routine like before. It is because of the prayers from people of Bengal and India that he is healthy. He will soon be before all of you after being treated well by the hospital staff. He will take the BCCI as well as CAB forward. Ganguly has to serve the country in cricket-related matters, and he will continue to do so.”

West Bengal Chief Minister Mamata Banerjee was one of the first to share the news. She wrote “ Sad to hear that @SGanguly99 suffered a mild cardiac arrest and has been admitted to hospital… Wishing him a speedy and full recovery. My thoughts and prayers are with him and his family!”

Ravi Shastri wrote: ” Wishing a speedy recovery to @SGanguly99. My thoughts are with his family and fans at this hour. We hope to see him back soon.”

Ajinkya Rahane wrote: “Wishing you a speedy recover Dada, @SGanguly99. Praying that you get well soon.”

Governor of West Bengal Jaydeep Dhankar wrote: ” Wishing a speedy recovery for @S Ganguly who suffered a heart attack. Gathered from CEO Woodlands Hospital that he is stable.”

Sudarshan Pattnaik wrote: “Get well soon, Dada !! We pray for your speedy recovery.” 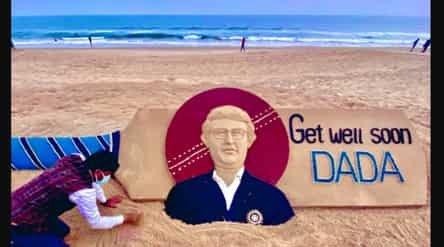 Sachin Tendulkar wrote: “ Just got to know about your ailment Sourav. Hope each passing day brings you closer to a full and speedy recovery! Get well soon.”

Team India recently courted controversy after some players found seating at a restaurant in Melbourne. The reports said that Rohit Sharma, Prithvi Shaw, Rishabh Pant, Shubham Gill and Navdeep Saini breached the bio-bubble. The Australian Health Shadow Minister Ros Bates said: ” If the Indians don’t want to play by the rules, don’t come.” Andrew Symonds also said that he doesn’t see India not getting their way due to the power of BCCI.

BCCI responded by releasing a statement. The statement said that all members of the Indian Cricket Team have tested negative for the coronavirus. The Australian media is pressuring investigation of the alleged breach in the bio-bubble protocol by Indian players. But the Indian team is focussed on the third Rest against Australia at Sydney Cricket Ground from January 7. However, disappointed by the turn of events, BCCI is rethinking the match. BCCI might choose to turn the four-Test series into a three-game contest and end the series. 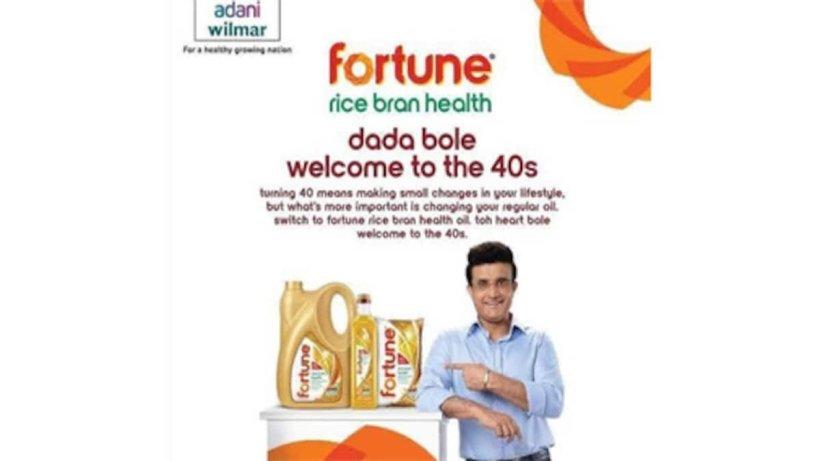 Adani Wilmar’s Rice bran oil is marketed as one of the healthy oils. It is known for its benefits to reduce bad cholesterol and keep the heart-healthy. However, the brand received criticism after Ganguly’s health condition. So, it has temporarily taken down the ads featuring Ganguly.

Details about the current Indian cricket tour of Australia 2020-21