The Indian cricket team always had a strong batting side. The Best ODI Innings have seen Indian cricketers set a record over years.

ODIs are a form of cricket with limited-overs, played between two international teams. Each team plays for a fixed number of overs that is 50 overs. The game might last up to 8 hours normally. One Day International matches are also referred to as Limited Overs Internationals. This term is also used to refer to Twenty 20 International. The concept of ODI was developed in the late twentieth century and the first ODI was played between Australia and England.

The game was played at the Melbourne Cricket Ground on 5 January 1971. South Africa is the most successful team in ODI cricket in terms of win percentage. Sachin Tendulkar, the Indian cricketer holds a record for most runs in ODI. His total runs scored is 18426.

The Individual Batting Records in ODI

Though MS Dhoni’s unbeaten 91 remains immortal in Indian cricketing history, Gautam Gambhir’s 97stays one of the best ODI Innings by an Indian cricketer. His 97 played an important role in India winning the cup with a disastrous start, India was struggling to chase a target of 278 runs. Gambhir took the responsibility and went to the crease when India had just 31 runs. India by then lost two crucial wickets of Virender Sehwag and Sachin Tendulkar. 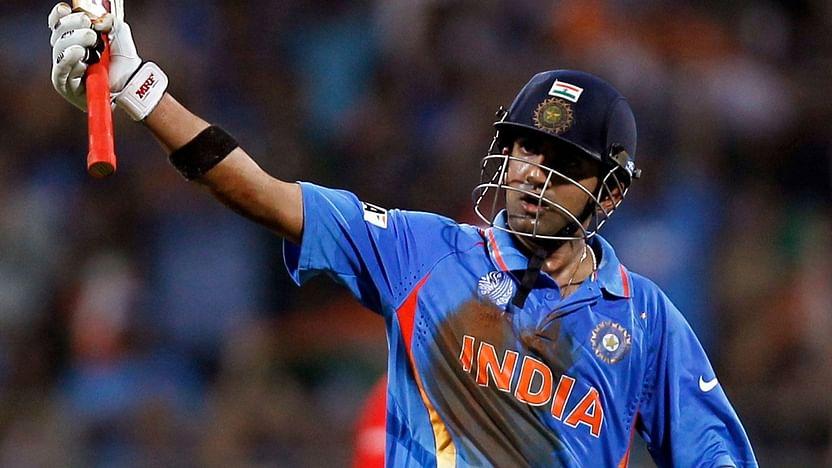 He stayed on one side scoring the runs and giving India a comeback in the game. Gambhir shared an 83 runs partnership with Virat Kohli which formed the base of India’s victory. He then made a partnership with Captain MS Dhoni to put the team in a strong ground. Their partnership was a total of 109 runs. Gambhir scored a total of 97 runs from 122 balls, hitting 9 fours. He was dismissed by Thisara Perera while attempting a slog.

He was later asked, what happened when he was on 97, in an interview, he revealed that until scoring 97, he never thought of his individual score but only thinking about beating the target set by Sri Lanka. But after the over, Dhoni told him to get the 3 runs and complete his hundred. That’s when he focused on individual performance and had a rush to hit a hundred which eventually resulted in losing the wicket.

He also adds that it is very important to remain in the present rather than focusing on the future. He also adds that those three runs will trouble him for the rest of his life and people even today ask him about not scoring a hundred. 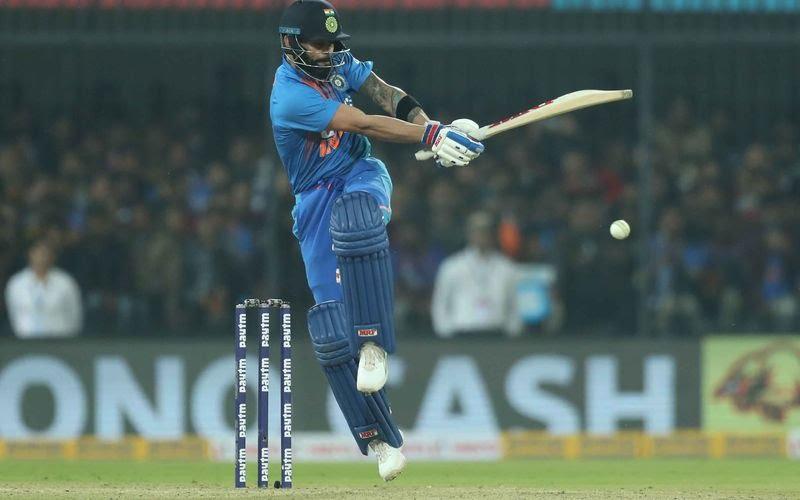 Virat Kohli is one of the greatest cricketers of the modern-day, especially in ODIs. He is referred to as “chase master “ in limited-overs cricket. On 28th February 2012, the then Indian captain MS Dhoni won the toss and chose to bowl. The Sri Lankan openers scored 49 runs in 12 overs without losing any wicket. The wicket of Mahela Jayawardene was taken by Ravindra Jadeja giving the first breakthrough for India.

But the Sri Lankan batsman Tillakartne Dilshan and Kumar Sangakkara clearly dominated by building a partnership and increasing the score to 200 runs. The Sri Lankan batsmen built a massive 320 in 50 overs, losing four wickets. India needed to chase the target in 40 overs to stay alive in the series. So basically the target for India was 321 runs in 40 overs. They wanted a strong start, which the openers Virender Sehwag and Sachin Tendulkar gave them. They built a partnership of 54 runs in 6.2 overs. However, Sehwag and Tendulkar were dismissed soon.

Kohli was the next one India was looking forward to. The team needed 235 runs in 30.4 overs to stay in the series. Gambhir gave him company at the other end. Kohli middled the ball consistently hitting boundaries. Gambhir was dismissed in the 28th over after scoring a 63 from 54 balls. India was still struggling to score 120 runs in 75 balls to get the extra bonus.

Kohli showcased an array of his old school techniques and faced Lasith Malinga‘s fearful balls with ease. Kohli scored 133 out of 86 balls leading India to victory and making his presence known in International cricket. 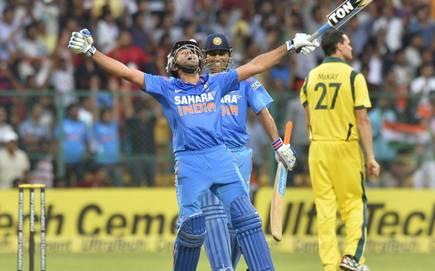 Indian batsman Rohit Sharma gave a sensational batting performance with a career-best 209 runs from 158 balls. His innings included 12 fours and 16 sixes. This is the second-highest score in ODI after Virendar Sehwag’s 219. It is the highest score any player has scored against Australia in ODIs and the innings also marked a record for the most number of sixes in an innings in ODI cricket history.

It was in 2010, Sachin Tendulkar scored the first-ever double century in ODIs and in the following year, Virendar Sehwag also scored above the Golden number against West Indies indoor with 219 runs. This was followed by Rohit Sharma in 2013 becoming the third batsman to reach the 200 marks in ODIs. Till now the Hitman has 3 ODI double hundreds in his name and the record innings of 2019 against Australia in Bangalore remains the most significant one.

The master blaster Sachin Tendulkar became the first player to score a 200 in ODI history. He scored an unbeaten 200 from 147 balls including 25 fours and 3 sixes. His innings set India to build a record target against South Africa in the second ODI at Gwalior in 2010.

Sachin who was suffering from a small injury couldn’t get the big shots going. But he knew how to beat the fields and that was a lesson in itself. Sachin dominated from the first ball and gracefully answered to anything and everything they threw at him. He didn’t let the South African bowlers settle. 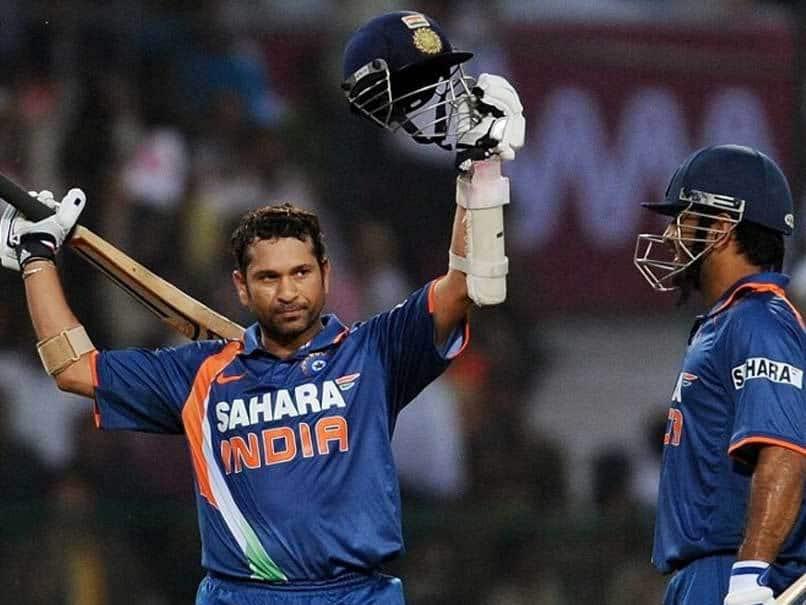 The 2013 series against Australia made Kohli a great batsman and gave him a new dimension. India was in a state similar to the one at Hobart in 2012. The Indian team needed 360 runs to win. Kohli again became the saviour by presenting another feary and unbeaten knock of hundred in 52 balls. Rohit Sharma who was on the other side partnered with Kohli, taking India to a comfortable win of 9 wickets.

They even had six overs left. The next innings was Jaipur while India was again chasing a big total. Kohli batted with a strike rate of 174.24. He raised an unbeaten 115 out of 66 balls and helped India snatch the victory from the Australians. 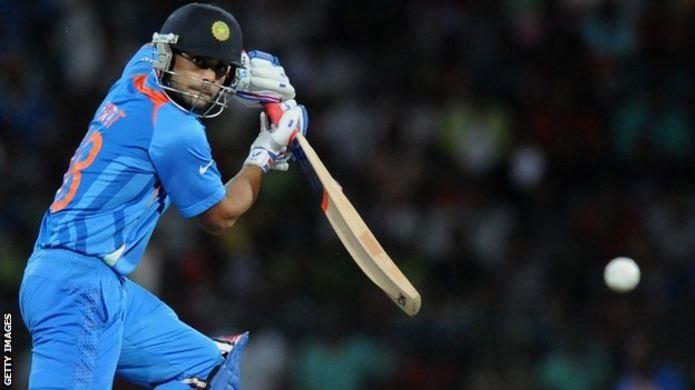