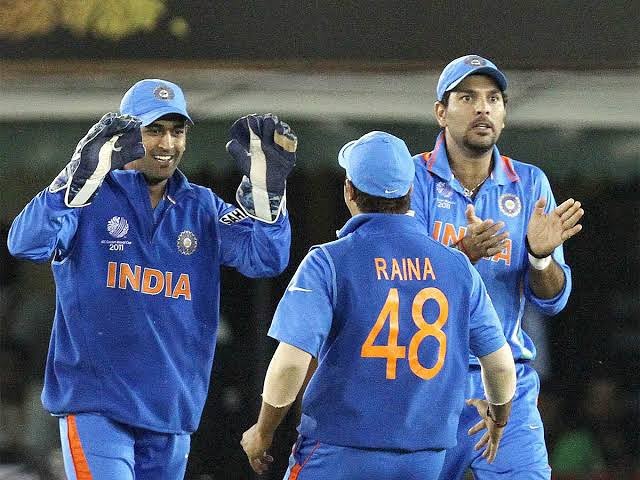 Hello, The Epic Return of Suresh Raina after Retirement From International Cricket, fellow cricketers and cricket fans. We come bearing good news for you all. We know that by now you must have heard about it but let us give you the good news, just in case.

Remember how sad and disappointed we were when earlier this year Suresh Raina announced that he would be retiring from international cricket?

Just a few moments after his best pal, MS Dhoni had announced his retirement; Suresh Raina also gave us the sad news.

We were still hoping that Suresh Raina would be all set for the IPL this year and don the Chennai Super Kings jersey in the UAE. But just before the IPL had started, he opted to withdraw himself from the tournament due to ‘personal reasons’.

Chennai Super Kings, in the absence of Suresh Raina, had an appalling campaign this year. In the history of IPL, it was for the first time that Chennai Super Kings scored so badly and ranked at number 7 in the points table.

Since Suresh Raina announced that he would be retiring from International Cricket but not from Domestic Cricket, we “technically” cannot call it returning. But anyway, we are really happy that he is going to be there for competitive cricket, starting next month!!

Our favourite left-handed batsman is all set and gearing up to represent his home state Uttar Pradesh in the Syed Mushtaq Ali Trophy, which is all set to take place in January.

After staying away from the game for more than a year, Suresh Raina has been training really hard to make his return, ahead of the time. Even though he has not participated in the competitive game for over a year now, ever since the final of IPL 2019 in May last year ended.

We are really excited and looking forward to seeing Suresh Raina in his form. We have missed watching him play and we are all really excited to see how he comes up and thrives this time!!

Just on December 13th Suresh Raina tweeted “All set for the camp, warming up for the upcoming season among the lions of @UPCA Cricket,”. He also shared his training pictures along with the tweet.

Not just the competitive cricket, last week, Mr. Suresh Raina had also confirmed that he will be participating in the next year’s IPL. At this point, we don’t even want to hide our excitement.

It might be the end of probably the worst year of our lives, but we are so happy to get this amazing news, thanks to Mr. Suresh Raina. As the biggest fans of cricket, we cannot wait to watch him in his form, see the team together, and get excited.

When the Syed Mushtaq Ali tournament Trophy, which was initially scheduled to take place in November was pushed further. We had lost all our hopes and thought that it would not take place this year, all thanks to this global COVID-19 pandemic!!

But, later, The BCCI rescheduled the tournament and now the tournament will get underway in January 2021 and will be played across six states  from January 10 to January 31..(thank goodness!)

Well, I guess because the tournament will take place in the first month of the next year. We can hope and cross our fingers that 2021 will come bearing nothing but good news.

We really hope that 2021 will be a great year for all of us. After everything that has happened in 2020, we really deserve to have a great next year. And the news of the Syed Mushtaq Ali tournament Trophy taking place next year in January is just a cherry on the top!

The Epic Return of Suresh Raina after Retirement

Even though Raina hasn’t played competitive cricket for the past one year, we know he would not disappoint us. Additionally, he has been training extremely hard in the gym and keeping himself fit. he is challenging himself for the upcoming domestic season in January 2021.

Suresh Raina is a world-class fielder and a great bowler. Mr.Raina has represented the nation in 18 Test matches, 226 ODIs, and 78 T20Is in his international career, which accounts for about 13 years.

We had really missed seeing him on the field and we are really happy that he has made the right choice to come back. We know that he will come back with a bang, fitter than ever, trained really well and he will be on his game really well.

Suresh Raina had been a member of the World Cup-winning team in 2011. He made his first international debut just at the young age of 18 years.

Raina has also led the nation in ODIs and T-2OIs when he turned 23 years. He has made the country proud on several occasions.

Suresh Raina is the youngest cricketer to lead the India men’s T-20I side. Apart from this, he was also a member of the side that played in India’s first-ever T-20I. The left-handed batsman was also the first Indian ever who scored a century in the T-20 World Cup.

Suresh Raina, who scored a century on his debut in Test Matches, is also the first Indian ever who has hundreds in all the three formats of the game (namely Test matches, One-Day Internationals, and Twenty20 Internationals) and his centuries were scored outside of the country.

Suresh Raina has been an absolute gem not just for CSK, but also for all of us for all these years.

We really missed seeing him at No.3 in the last edition of the IPL. Did you know that Suresh Raina is the second-highest run-scorer in the history of the IPL and is only behind the legend, Virat Kohli?

Even though the absence of Suresh Raina affected badly and hurt CSK. Since the team struggled really hard to find a solid middle-order batsman through the entire series. It was the first time ever that one of our favourite team had failed to make their way through to the playoffs. CSK was beaten up pretty badly and finished at number 7 in IPL 2020.

But anyway, we are now happy that Suresh Raina is all set to return to be back in the field. A report suggested that Suresh Raina, apart from participating in the upcoming tournament, will also be playing in the practice matches starting from 13th December to 15th December.

In an interview, Mr. Raina said that he wants to give Uttar Pradesh another title and that he will work hard for it. He also added that after this tournament, his main focus will be on the IPL that is to be held next year.

Honestly, cricket is one of those few sports that can make people go from excited, to shook, to happy to surprised. Just over the news of a cricketer returning back, we are so excited.

We don’t even know how we feel at the moment but we celebrate this sport. Cricket is treated as a religion in India and all of the cricketers are our gods.

It is the sport that makes people forget about everything ~ from religions, to fights and people from all different religions come together, sit and enjoy watching the match. While so many other factors might divide us but cricket truly is the one thing that unites all of us Indians.

We love to watch our nation fight against other nations and see them win. We literally burst firecrackers, sing, dance, go crazy with joy when our team defeats the enemy team. That is the magical power and beauty of this sport.

No other sport can bond so many people at once the way cricket does.