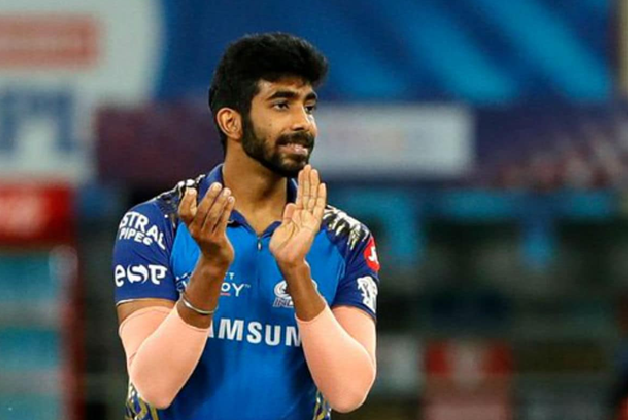 IPL or Indian Premier League has been making our summers entertaining since the year 2008. IPL twenty20 cricket league debuted its 13th season in the year 2020 in which Mumbai Indian won its 2nd title in a row and 5th overall.

The IPL 2020 tournament which was scheduled to be played in India in the month of March was later played in the United Arab Emirates due to COVID 19 Pandemic. A total of 8 teams played in IPL and all the players – Indian or foreigners showcased their talent. Here’s the list of Top 10 Bowlers in IPL 2020.

Kagiso Rabada – the fast bowler of the Delhi Capitals team registered the record on his name of the only second player in IPL history to take 30 wickets in one season, which also won him the Purple Cap. The South African Pacer picked 30 wickets in 17 matches at an average of 18.26 and an economy rate of 8.34. 4 for 24.

His competitor was his own teammate Anrich Nortje and Mumbai Indian bowler Jasprit Bumrah. Rabada’s best Bowling Figures are 4/21 and an economy rate of 8.14. Rabada has claimed 23 scalps at 16.87. Rabada is the best bowler in the world and he proved his mettle in IPL 2020 as well as was the leading wicket-taker of the tournament.

27-year-old Jasprit Bumrah of Mumbai Indians finished the second rank of bowler in the 13th season of IPL. The Mumbai Indian pacer finished his season with 27 wickets in 15 matches with an average of 14.96. Besides being lethal with the new ball and old, he was economical with ER of 6.73.

Bumrah picked up three wickets and a registered an economy rate of less than five in both Mumbai Indian wins in the final matches. Bumrah is one big reason why Mumbai Indians won the 2020 IPL.  Bumrah is the leading bowler of the Indian cricket team and a consistent player of the Mumbai Indians from the year 2013.

His best was 18/4, with an Economy rate of 7.97. In the Final match, Boult bagged three wickets to finish third in IPL 2020. He had a very successful IPL and was the key figure in Mumbai retaining the title with wickets in matches.

South African speedster Anrich Nortje clocked the fastest ball of IPL history at 97mph (156.22kph) and finished 4th in the 13th season by 22 wickets in 16 matches. Nortje was one of the top performers of IPL 2020 let alone Delhi Capitals.

He made his IPL debut after Delhi Capitals roped him as a replacement for England all-rounder Chris Woakes ahead of the state of the season, however later he proved to be a great replacement. His Bowling average was 23.27, his economy of 8.39 and his best was 33/3.

Yuzvendra Singh Chahal- Indian Cricketer and former Chess Player best performance in IPL 2020 was 18/3 with 7.08 Eco. Royal Challengers Bangalore’s leg spinner Chahal was one of the reasons RCB has come out with a much-improved performance compared to other Indian premier league seasons.

Chahal has picked 21 wickets in 15 matches with an average of 19.29. Chahal joined the IPL league in the year 2011 with Mumbai Indians but his real journey started under Virat Kohli led RCB from 2014. Since then he is becoming one of the leading Bowers of RCB and Indian cricket team.

Rashid Khan Afganistan’s and SunRisers Hyderabad leg spinner played sensationally in the 2020 IPL season. Khan was the most economical bowler in the entire IPL. The leg-spinner went 5.28 runs-per-over and besides that, he went on to claim 19 wickets at a strike-rate of 17.6- the second-most by a spinner in IPL 2020, which also included his career-best figure of 3-7 in four overs.

Khan picked a wicket against Delhi Capitals in qualifier 2 to return in Orange Cap tally. The Afgan spinner picked 20 wickets in 16 games with an average of 17.2 with a best of 7/3. Rashid Khan is believed to be one of the finest spinners of modern-day cricket.

Jofra Archer of the England team is a lanky fast bowler with high arm action. This season he bowled the top eight out of ten fastest balls bowled in the IPL 2020. He proved himself ruthless in IPL 2020; he notched the fastest delivery by the speed of 153.62 KPH.

30 years old Mohammad Shami Ahmed who is also known as a reverse swing specialist is an Indian International cricketer, he made his IPL debut for Kolkata Knight Riders in 2013, and from 2019 he is playing for Kings 11 Punjab. Shami had a higher impact in IPL 2020 he picked 20 wickets in 14 matches at an average of 23.

Shami had a lower wicket tally but a higher bowling average (19.75) and strike rate (14) with no four-wicket hauls. His best was 3/15 in IPL 2020; it was quite remarkable and surprising to see big-ticket players Shami has dismissed cheaply in season. The timing and quality of his bowling created pressure on the opposition teams working in favour of Kings 11 Punjab.

Varun Chakravarthy an Architect by qualification and a cricketer by profession is a leg spinner, who earlier played for Kings 11 Punjab; in 2020 he was bought by Kolkata Knight Riders. In IPL 2020 Chakravarthy bagged 17 wickets in 13 matches with a bowling average of 20.94.

The 29-year-old became the first bowler in IPL to bag a Five-for twenty, his 5/20 against Delhi Capitals was also the first such for Kolkata Knight Riders since Sunil Narine did it eight years ago. Varun bowling thrives on extravagant use of fingers but his injury in 2019 IPL didn’t make him shine though but in IPL 2020 he made sure to show his Confidence. His best bowling in the match was 5/20 and his Economy Rate was 6.84.

SunRisers Hyderbad’s Thangasaru Natarajan or “Yorker Natarajan” is the best and biggest find of IPL 2020, even after SunRiser’s heartbreaking exit Natarajan shined like a Diamond in the 2020 IPL Season. Natrajan impressed cricket lovers with his spectacular death bowling skills, bagging 16 wickets in 16 matches with a bowling average of 31.5.

The left-arm pacer along with David Warner and Rashid Khan contributed significantly to the progress of SunRisers Hyderabad in IPL 2020. Natrajan was considered as the HERO of IPL 2020.