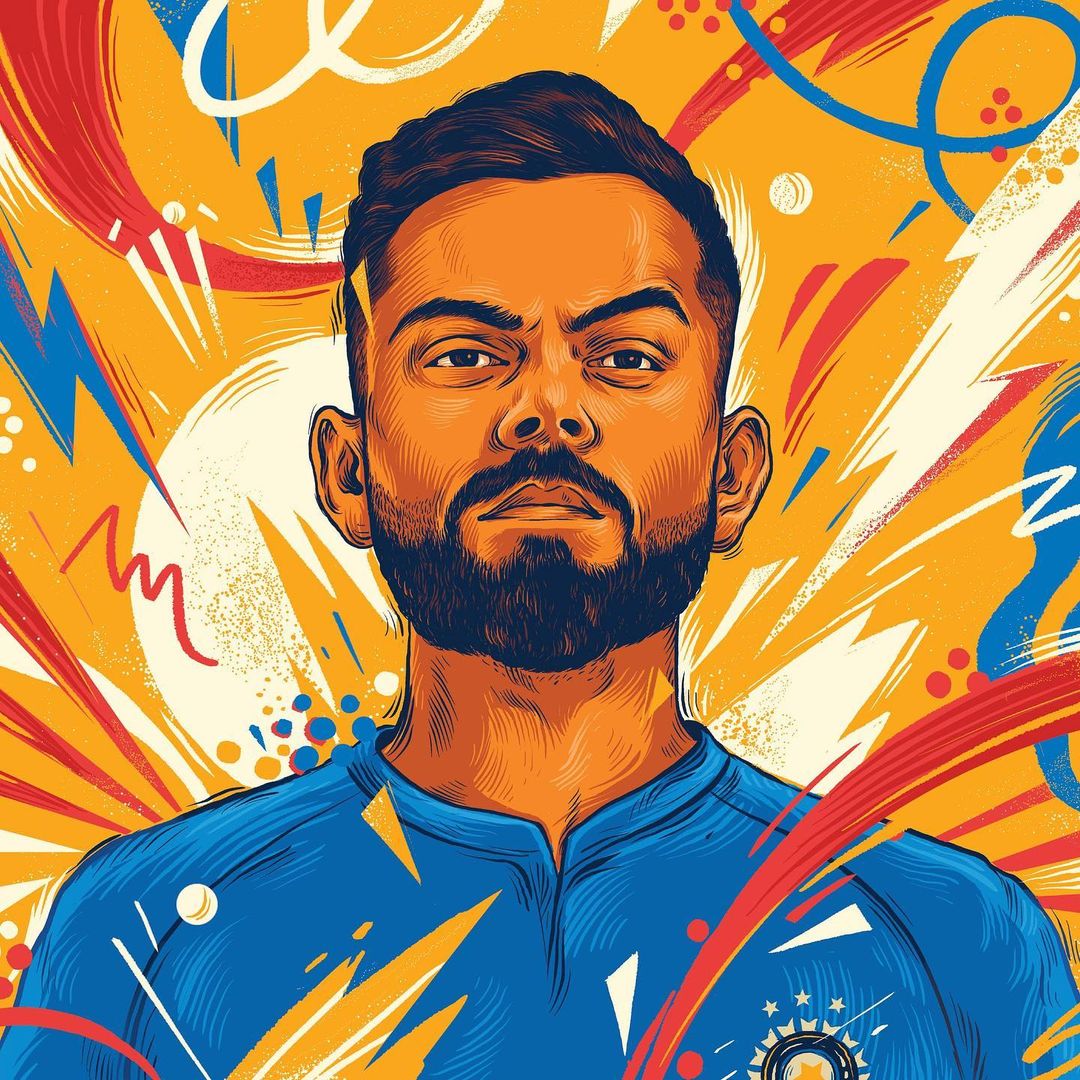 Cricket though is not the national sport of India yet it has the largest fanbase in India. Started by the British just in order to get some extra tax from the people of the colonies of British India turned out to be their worst mistake ever, as we have been defeating them since then with the best teams that we’ve created.

From houseful stadiums to people wishing to create a new religion called cricket, why do you think that the sport has so many fans across the world? Why do people spend so much money to sit in the stadium and watch cricket? How was it able to overtake the trend of an Englishman’s game to a local’s game? Yes

According to entrepreneur.com, the Sachin Tendulkar net worth figure is estimated to around ₹1250 crore (i.e. approximately $170 million)

Have you come across the term wherein a person held a placard high and there was something like this written on the placard – “If Cricket was my religion, then Sachin is my God” so you can understand the level of happiness and excitement when Sachin is on the ground. Also known as Master Blaster, Sachin is regarded as the best cricketer ever in the history of the game. He is the only one who has scored more than thirty thousand runs in international cricket while hitting two centuries at once in the One Day International game of cricket.

This name needs no introduction right! Born in the year of 1988, he is the present captain of the Indian team. Kohli is called the best contemporary cricketer and he is a right top-order batsman. He plays for Royal Challengers in IPL and has been their captain since 2013. He is the top-ranked ODI batsman and also ranks in the 2nd position for Test Crickets in the world with 879 points. He even captained the under 19 World Cup and led them to victory in Malaysia in the year 2008. He won the Arjuna award in 2013 and the Padma Shri in 2017 and The Rajiv Gandhi Khel Ratna award the highest sporting honour in 2018.

He is also categorized as one of the world’s famous athletes according to ESPN. His richness can be known by the fact that the amount he spent on his wedding, that left our jaws open right. He has been the brand ambassador of various style brands and other fashion things which he has endorsed during his time. He earns two hundred and fifty-two crore every year. He is in the list of top 10 richest cricketer in India.

Mahendra Singh Dhoni isn’t just a name anymore, it has become an emotion. He is a retired International cricketer and was the captain of the National Cricket team in the restricted overs from the year 2007 to 2016 and in Test cricket from the year 2008 to 2014. He’s a right-handed middle-order hitter and wicket-keeper, he’s referred to as the best-run taker within the someday Internationals with quite ten, k runs in his account and is additionally referred to as an efficient ‘finisher’ in restricted over formats He is regarded as the greatest wicket keepers and captains in the history of the game.

After Dhoni became the captain of the Indian team, India won the World Cup in the year 2011. He is in the list of top 10 richest cricketer in India.

He is also known by the name of “Captain Cool” and also if you’d seen he is in the snickers advertisement as well, and the world eats snickers, think how much more does he earn then. He’s the third richest cricketer in India. His worth is around one hundred and eleven million. He has many hotels and other companies as well in his name.

Sourav Ganguly’s Net Worth is around $15 million or ₹99 crores.

Saurav Ganguly is the thirty-ninth president of the Board of Control of Cricket in India who is presently an administrator, was a commentator and also was a captain for the Indian team.

He is lovingly called Dada meaning elder brother in the Bengali language. His net worth is around fifty-five million, as he already belongs to a very rich family who owns a variety of different types of businesses. He has also done many advertisements for different types of brands such as Complan and Puma. He has also been the president of the cricket council in West Bengal. He is a left-handed batsman who was usually an opener. He is in the list of top 10 richest cricketer in India.

Virender Sehwag’s Net-Worth is around $40 million or ₹255 crores.

He is also a retired Indian cricketer whose net worth is around forty million. He is a right-handed batsman and is known to be a very aggressive player who is a right-arm bowler and also became one of the best cricketers in Wisden’s cricketer of the year. He is the present coach for the IPL’s team called Kings eleven Punjab and he gets paid for being one. He also has a website that is sponsored by some of the world’s most renowned brands and also is tied up with a variety of famous media houses and writes and gives content for sports news. He is in the list of top 10 richest cricketer in India.

Being the son of a fast bowler, Yuvraj Singh is a left-handed batsman and also a spinning bowler whose net worth is around thirty-five million. He is one of India’s greatest players to have been playing in the limited over the format for long enough. He has also battled his life and came out of cancer. He was in the role of the vice-captain for the Indian team in the ODI and was also named as man of the match in one of the International Cricket Council’s World Cup.

Also been conferred with the Arjuna award. He has endorsed loads of brands and given advertisements for them and also became the author of the best-selling book which was his autobiography called, “From Cricket to cancer and back.” He is in the list of top 10 richest cricketer in India.

He was an Indian Cricketer who also played in international cricket. Earlier he used to play for Uttar Pradesh as far as domestic cricket was concerned. He had been the captain for the team called Gujarat Lions in the Indian Premier League and is now the vice-captain of the team called Chennai Super Kings. He has also been the captain of the Indian national team and was known to be the youngest Captain of the Cricket team ever. His net worth is twenty-five million and has endorsed many brands and has also been playing the Indian Premier League for Chennai Super Kings. He is in the list of top 10 richest cricketer in India.

His net worth amounts to $31 million.

He is also a retired Indian cricketer who is presently working as the Director of Cricket control sort of operations in the Bangalore Cricket Academy. He also monitors the India A and Under nineteen teams of India and he was also the head coach for all these teams earlier. He has a very good batting technique and has scored more than twenty-five thousand runs in International Cricket and is regarded to be one of the best batting persons in the history of the game of cricket.

He has a net worth of twenty million and he earns five crores per year as he is the head coach of two Indian teams. He is also the brand ambassador of the Indian Super League which is a club situated in Bengaluru. He is in the list of top 10 richest cricketer in India.

He is a right-handed batting person who is an Indian cricketer and plays for International cricket as well. He is presently the captain of the Mumbai Indians team in the IPL. He is an official ambassador for many wildlife organizations and has close ties with the PETA which stands for People for the Ethical Treatment of Animals.

He works with them to raise awareness for treating cats and dogs nicely and not to harm them. His worth is sixteen million and he is paid seven crores as an annual salary. Isn’t it really massive? He has also endorsed a lot of brands and been a part of the Indian Premier League’s advertisements. He has also been taken as the highest-paid cricketer in the team. He is in the list of top 10 richest cricketer in India.

Having a net worth of fifteen million this retired cricketer is also a member of the Lok Sabha, what more can you expect. He is a left-handed batsman who is an opener and has been the captain for Kolkata Knight Riders and the Delhi Daredevils. He is the only Indian player and amongst the five in the world to have scored a hundred runs in consecutive test matches. His income comes from the endorsements that he does for various brands and also gets income for being a member of the Lok sabha. He is also a part of the fantasy cricket gaming platform.

These were the top 10 richest cricketer in India and everyone has their own net worth and has been getting paid in their own ways, so the next time you wish to follow your dreams do have some education in your hand as a compensator so that if the game is your passion and you get retired soon you have something to go for.