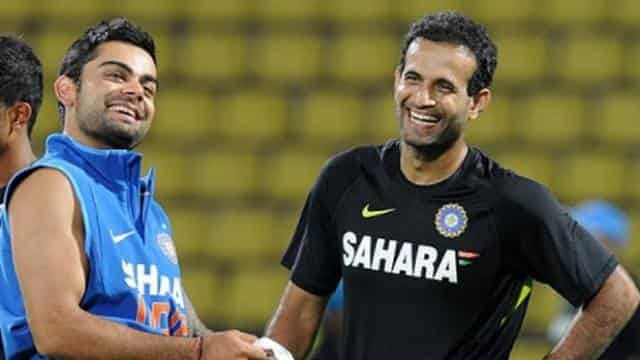 Ever played the game of cricket? Obviously, that’s not a question to be asked right. Every one of us has played the game of cricket and when the toss doesn’t come out to be on our side of batting we often fret right, because we always have the best batsmen in our team but not the best bowlers right, who could help us win the match. We have always found bowling to be the hardest part and thus we never prefer to bowl though we have often tried the bowling styles at home. So

Here we have the top 10 T20 bowlers in the world

Badree comes from the land of Trinidad, thus he’s called a Trinidadian cricketer who plays for the West Indies team in international cricket. He is a right-handed batsman who has a very elegant style of batsmanship. He is a leg-spin bowler too and that’s the basic reason why he tops our list of the top 10 T20 bowlers in the world.  He made his debut in first-class cricket when he played for Trinidad and Tobago in the year 2002.

Last IPL vs Kolkata Knight Riders at M.Chinnaswamy Stadium, May 07, 2017

Though he played for that game only a few times a year later he got selected in the West Indies Team and there he started playing international cricket and has played many T20 World series thus earning the name as the best wicket-taker in the world for T20 series. He has also played for many domestic T20’s like the Caribbean Premier League, The Indian Premier League etc. after he played for 22 T20 matches he earned the first rank as the best bowler as said by the ICC. He is an eye-catching wicket-taker. Once you realize Samuel Badree is on the ground you can be sure to not last long on the ground.

Born in England, in the land of the Queen this young cricketer comes in the second position of our top 10 T20 bowlers in the world. Finn is an English cricketer who has been taking the life out of the batsmen in his opposition in the limited-overs form of cricket for a long time since he started his career in cricketing. He is well skilled in using his right arm as a bowler and he’s a fast bowler. He’s also a right-handed batsman who was sixteen years old when he was selected by the cricket club in Middlesex County to take part in first-class cricket and thus he became the youngest cricketer to enter first-class cricket by his age.

He settled in the city of London and in the year 2019 he became a commentator for the game of Test Series specials that was a programme broadcasted throughout the world in its own versions. He used to bowl in such a way that would break the non-striker’s stump during the time when he bowled to the batsmen which did become controversial.

This problem was solved by the umpire calling it a dead ball and only later the ICC came up with the idea of no-ball instead of saying it as a dead ball; that if the stump is broken in the time of bowling the ball to the batsman then it will be a no-ball and was then famously called as Finn’s law because it was all due to his weird habits that the ICC had to come up with such a rule. He also earned the name as the 10th fastest bowler in the world as he bowls at the speed of one hundred and forty-five kilometres per hour and that’s really a high speed I think.

Born in Bangladesh this fast bowler has earned the third position in the top 10 T20 bowlers in the world. He is a well-defined cricket coach for the Pakistani cricket team and was also a cricketer once during his time who has got the chance of playing all the forms of the game of cricket.

IPL debut vs Rajasthan Royals at Sawai Mansingh Stadium, May 17, 2008

Last IPL vs Rajasthan Royals at Sawai Mansingh Stadium, May 17, 2008

He is a right-handed fast yet medium bowler and not only that he is also a right-handed batsman too. He is known to have retired from international cricket but has said that he will make a return to play domestic or regional cricket after he has gained experience of it as a coach. He is in the top 10 t20 bowlers list.

He is also a Pakistani guy who was a cricket coach and is also a retired cricketer who has played for loads of T20 matches who is a right armed off-spinner who is also a right-handed batsman. He is known to be the best bowler in the T20 series of the world and also one born during his time. He also earned the name of the best bowler in the ODI’s and the T20’s and was marked in the first position in the world and second in various other test series between the years of 2013 and 2014’s. He is in the top 10 t20 bowlers list.

T20 debut vs Australia at Dubai International Cricket Stadium , May 07, 2009

He also became one of the quickest Pakistani bowlers ever to take a hundred wickets in the Test series that he has played for the world series. He became so famous that the Adelaide strikers, a domestic team in Australia, got him to play for their team in the Big Bash League, a domestic form of cricket in Australia.

Who doesn’t know him? All of us do right because he’s from India itself. He is a retired cricketer who has had the chance to play all forms of cricket and is also an all-rounder in the act of bowling. He was also a part of the Indian cricket team who won the International Cricket Council’s world test series trophy and also the World T20 cricket trophy in the year 2013. He is in the top 10 t20 bowlers list.

He began his career as a medium-fast bowler and entered the Indian cricket team when he was just nineteen years old. He was often compared to the Pakistani cricketer Wasim Akram who is also known for his style of playing the game and is known to be a prodigy in this game. He was a part of Shashi Tharoor’s book called “India’s lost Boys”. He was also described as a boy who had blue eyes by the Indian media people. He is a left-armed pacer.

This Scottish guy whose name doesn’t sound Scottish enough comes from the descendants of Pakistan and had represented the Scottish team at the age of seventeen and since then has played for different cricket teams in the country. He played his first world cup against the West Indies. He has one of the best rates of the strike in history and also finds himself as the highest placed player in the world. His is in the list of top 10 t20 bowlers.

He is a retired English cricketer who has taken more than a thousand wickets in the Test series cricket games at the world level. He is a medium pacer and fast bowler who has been the only player in England who has won five continuous championships in the county and has also won the International Cricket Council’s T20 trophy when he played for England. He was injured in the beginning but that did not stop him from being a prolific bowler for the State of England and he played around twenty-two test crickets for his country and retired after winning one world T20 trophy. He is left armed and a shaggy hair typed bowler.

He (top 10 t20 bowlers) is a retired Irish Cricketer who was playing for the Clontarf cricket club in Ireland when he worked as a carpenter and later seeing his skills in cricket he was granted a professional player’s contract by that Irish team who wanted him to join their club and play for their national team. Thus his journey begins from there. He went on to play for the Cricket world cup of the year 2016 and by teaming up with Kevin O’ Brien he went on to help the Irish Team to win the World Cup. This brought him a lot of fame. Thus he is a medium-paced bowler who plays for the Irish Team.

He(top 10 t20 bowlers) is also an Irish guy who plays for the Irish cricket team and is a right-handed batsman yet he bowls with his left hand, which is way more surprising that he is so skilled that he used both his hands in such a coordinated manner to play his matches. He was one of the 19 players from his country to have been asked to sign a contract in order to join the Irish national team. He is seen as the highest wicket-taker in the world and also that’s why he is in our tenth position and also has been the main player for his country since his debut game against the country of Afghanistan.

Last ODI vs Afghanistan at Civil Service Cricket Club, May 19, 2019

So these were those smart top 10 t20 bowlers of the T20 series who is not afraid when the toss comes for them to a bowl and neither is their country afraid because they know that these boys will emerge victorious in their game and take the highest number of wickets as quickly as possible and help the country win their part of games in a faster pace than ever.