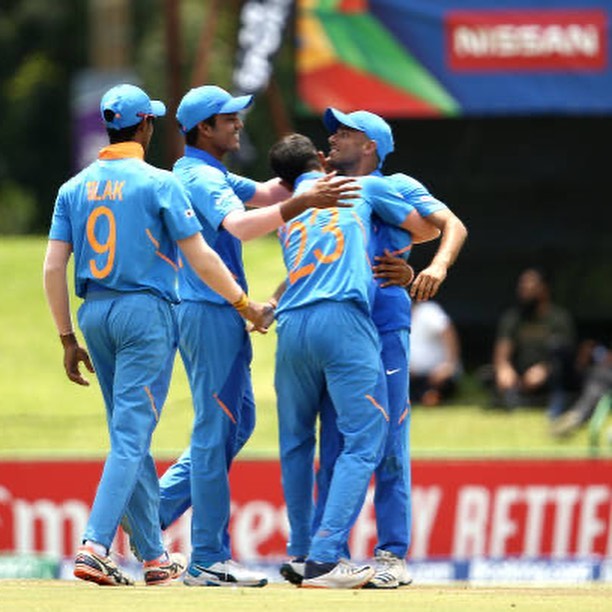 Here is list of Top 10 Under 19 Cricketers in India. There are a lot of youngsters that aspire to become a great cricketer, and in this article, we will look at some aspiring players that made it big recently.

Here Are The Top 10 under 19 Cricketers in India

Born on 26th September 2000, Atharva Ankolekar is a bowling allrounder. He was born and brought up in the suburbs of Andheri East, Mumbai. In 2011, during one of his many practise sessions he got a chance to bowl against the one and only Sachin Tendulkar. And seeing his skills Tendulkar gifted him a signed glove. Being a fan, he was more than honoured to receive the glove and was further motivated to practice with more zeal. After that, he did play in many matches where he always did his very best.

Further, in December of 2019, he was selected in the Under 19 World Cup team which was led under the captainship of Priyam Garg. And although he did not get a chance to play in the first two matches, he did get a chance to play in the third match which was against New Zealand. And during that match, he gained 3 wickets for 28 runs. And later during the quarter-finals, Atharva scored 55 runs not out along with his teammate Yashasvi Jaiswal.

Born on 5th September 2000, Ravi Bishnoi is an excellent bowler. He was born and brought up in Jodhpur, Rajasthan. Since childhood, Ravi Bishnoi was interested in cricket and really wanted to become a fast bowler. His career in cricket started from playing street cricket with a tennis ball.

In 2013, Ravi and some of his friends aspired to open their own cricket academy. But there was one big problem, money. They did not have enough money to open their own academy and to solve this problem these youngsters started doing labour work. And to say they were successful is an understatement because they completely created their own academy in just six months since they started working.

Before getting selected for Mankad Trophy he had to endure great hardship and failure.

On 19th January 2020, he played his first 2019 World cup and earned two wickets against Sri Lanka. In his next World cup match, he took 4 wickets for 5 runs against Japan and earned the ‘Man of the Match’ award. Later Ravi along with his teammate Atharva Ankolekar took 7 wickets which earned them victory. He also played in the semi-finals, and in the finals, which was against Bangladesh he took 4 wickets for 30 runs. And although his team could not win in the finals, he did finish the tournament with 17 wickets total, which is also the highest number of wickets taken.

Born on 30th November 2000, is a prolific batsman and his run making quality is a head-turner. He had started playing cricket at the very young age of 6. And to say the least, he was born talented and people around him knew immediately that he would flourish widely in this area of sport.

In December 2019 he was selected as the captain of the Indian team for the 2020 ICC under 19 world Cup. On January 19th he got his gist chance to bat against Sri Lanka and made a total of maiden fifty along with his teammate Yashasvi Jaiswal. Sadly, he did not get a chance to play in the following two matches. But then again, he did play in the quarter-finals, however, he was not able to score much which eventually resulted in him not playing in the semi-finals. Unfortunately, he was not able to lead his team to win the World Cup.

Born on 28th December 2001, born in Bhadohi, Uttar Pradesh had to face many difficulties in life to come to the position where he is now. At the age of 10, he declared his wish to play cricket like Sachin Tendulkar and move to Mumbai. His father obliged and he was sent to live in Mumbai with his uncle. He did not come from a well-off family and when his uncle’s space became too small to live, he shifted to a Dairy shop where he lived and worked, but then again, the owner was not satisfied by the young boy’s work and asked him to move out.

His uncle then talked to the owner of the tents built at Azad Maidan to let the boy stay there with the groundsmen and they accepted it. So, now the boy practiced during the day and sold pani-puri and fruits at night to survive.

Luckily, one day while practicing he noticed Jawal Singh who is a coach and also the owner of the Mumbai Cricket Club. And seeing his potential he took the young Yashasvi under his wings. He played multiple matches and performed extraordinarily. He even played in the under 19 Asia Cup in 2018, which was a total hit.

Then on 19th January 2020, he was selected in the ICC World Cup 2020 team. In his first match, he completed his 1000 runs in Youth ODI and also earned a wicket in his second innings. And although his team could not win the World Cup, he did get the title of the highest run-scorer as he scored a total of 400 runs and won the award of ‘Man of The Tournament’.

Born on 21st January 2001, Dhruv Jurel was born and brought up in Agra, Uttar Pradesh. He is the son of a Kargil War Veteran and was already well known in Agra, but after His team won 2019 under 19 Asia Cup under his captainship, he earned his own name and fame. Although his father wanted him to join the National Defence Academy, he was still a great motivation and influence to his son. He did try to change Dhruv’s mind, but Dhruv had already figured out what he wanted to do in life and so his father supported him. Currently, he is a middle-order batsman and a wicket-keeper.

Even though bowling was not Dhruv’s strongest pursuit he still played as a bowler in the under 19 Asia World Cup and helped his team win extensively. And in the ICC World cup, he did his best and bought his team till the finals, but unfortunately, the team could not win the finals.

Born on 30th March 2001, Shubhang Hegde was born and brought up in Bangalore, Karnataka. He made his debut in the 2018-19 Ranji Trophy while playing for Karnataka. His father was his main inspiration in wanting to play cricket. He, in the beginning, started playing cricket for fun and did not think much about it, until one day he started playing cricket not just for the fun but to make a career out of it. And that’s how his journey began.

Born on 26th April 2002, Akash Singh was brought up in Bharatpur, Rajasthan. He primarily plays as a bowler and has played in the 2019 Asia Cup, where his team won and he then also made his first 20twenty debut in 2018-19 where he played for Rajasthan in the Syed Mushtaq Ali Trophy.

Then in December 2019, he was selected to play in the ICC under 19 World Cup team. He always puts his best foot forward and keeps his head in the game at all times. Seeing his dedication and potential he is now bought by Rajasthan Royals.

Born on 8th November 2000, Kartik Tyagi made his first debut in the 2017-18 Ranji Trophy where he played for Uttar Pradesh. He also played in the Vijay Hazare Trophy that took place on 5th February in 2018.

Later in December 2020 he also was selected for the under 19 World Cup team. And currently, he is bought by Rajasthan Royals and was bid for Rs 1.30 crore. And it was purely possible because of his hard work and perseverance.

Born on 8th November 2002, Tilak Verma is a really great batsman. And had shown his true batsmanship during the 2019 Asia Cup where he was successful in earning a century against Pakistan in the quarter-finals.

Being the perfect combination of talent, hard work and patience Tilak Verma has reached goals that many young players still dream of achieving. And because of all his qualities, he was also selected in the Under 19 World Cup team, where he led the team to multiple victories, although they could not win the finals. Tilak is someone that does not get scared under pressure easily and that is one quality of his that every player wishes for.

Born on 6th April 2001, Shashwat Rawat is an Indian batsman and an all-rounder. He is from Gajiwala, Uttarakhand and has played in Youth Cup against Afghanistan where he scored 53 runs and led his team to victory. He has also scored a century in the Challenger Trophy. Furthermore, in 2018 he has scored 129 runs in the Vinoo Mankad Trophy where he played for the Baroda team.

He was also selected in December 2019 to play for the Indian team in the under 19 World Cup. His specialties are left-handed middle-order batsman and right-arm medium-pace bowler.