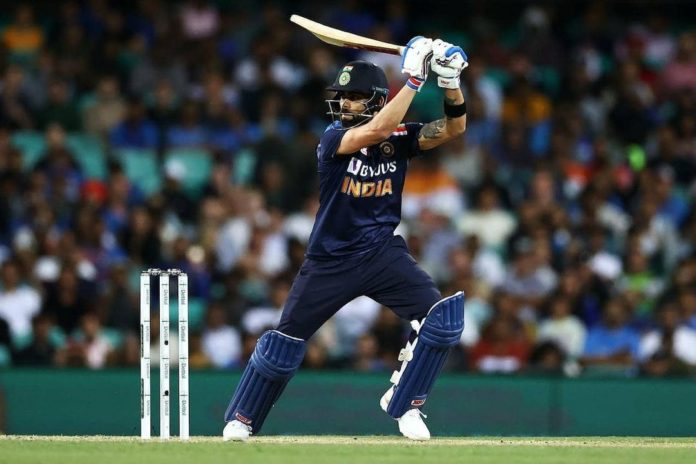 Sports, in general, have a way of uniting people and place a crucial role in maintaining the spirit of competitiveness, brotherhood amongst people. Cricket is one such sport followed by over a billion people across the globe, it was invented by the British and spread mainly through the colonial occupation during the British rule. The leading nations playing cricket are Australia, England, India, New Zealand and other subcontinent countries. Cricket is also embraced by associate Nations like Ireland, UAE, Scotland and the United States of America.

Cricket is usually played when one country tours the host country, the tour usually goes on for a month during which all three formats are scheduled. The home country has an advantage given the fact that they are used to the conditions at home, the crowd factor definitely favours the home team therefore it is increasingly challenging to perform away from home and only great players have managed to consistently perform away from home tour after tour and year after year and before they attain legendary status in the cricketing fraternity.

The year 2020 is a year to forget in cricketing history as the pandemic had an impact on all the nations around the world, cricket-like all other sports were put on hold until situations improve in most of the cricket playing nations. Most international tours were deferred or postponed citing travel restrictions and safety of the players. Cricket always has a way to come back stronger and finds a way to give joy and happiness to billions of people around the world following the sport.

Travel bubbles were created and players could only interact with other players in the bubble with no contact with the outside world, this enabled cricket to be played during the height of the pandemic without any crowds in the stadium. The most anticipated Indian Premier League kicked off during the pandemic and was successfully conducted over 2 months with these strict restrictions in place.

The year 2021 looks promising for the cricketing world as vaccinations start across the globe and we finally see light at the end of the tunnel. The 5 best cricketers of 2021 are Virat Kohli, Steve Smith, Kane Williamson, Jofra Archer and Jasprit Bumrah.

Virat Kohli is the current Indian captain and captain of Royal challengers Bangalore across all three formats and the player of the decade 2010 to 2020. Virat Kohli is extremely proactive and keeps the spirit high in the field as well as in the dressing room. He takes his fitness seriously and is widely regarded as the fittest cricketer in the modern era. At 31 years of age and a few more years before he hangs his boots, he is already involved in various world records with his batting and captaincy. He is the first Asian captain to win a test series in Australia in the year 2018-19 and has never looked back since.

Virat Kohli is a right-handed batsman who has smashed numerous records in all three formats and is currently regarded as one of the best batsmen of this era, he is aggressive on the field and enjoys competition with the opposition, he is dynamic on and off the field and is well respected by the opposition and the Indian team. He is on our list at the top of the cricketers to look forward to in 2021

Steve Smith was the former captain of the Australian cricket team and is a right-handed batsman and the right-handed leg-break bowler. Steve Smith started his career as a leg-break bowler and progressed to become a batsman he was awarded the test batsman of the decade 2010 to 2020. In terms of his test batting records he is second only to the legendary Don Bradman of Australia, he was also a part of the world cup winning team in 2015 where Australia defeated New Zealand to light their fourth world cup.

Steve Smith is extremely patient and can bat for hours under the sun and frustrate the opposition by scoring runs across the board and across continents that is what makes Steve Smith a legendary batsman. He is an excellent Fielder and has a fantastic cricketing brain and motivates his teammates towards a positive result. With test cricket and one-day internationals looking bright in 2021, we can expect Steve Smith to entertain the cricketing world with his freakish ability to score runs around the world. He is number two on our list of cricketers to look forward to in 2021

Ken Williamson is the current New Zealand captain and is at the top of the table for the best batsman in test matches, he is calm and composed and does not let emotions hinder his decision making. He carries himself professionally and does the same with his cricket. Kane Williamson is a right-handed batsman and an excellent Fielder and is highly approachable by his teammates. He is a pillar in New Zealand’s fragile-looking middle-order batsman.

He is known as a monk during his batting his concentration is impeccable and his grit and determination are what makes him the best New Zealand cricketer of all time. Despite losing the world cup in 2019 he came back stronger in 2020 smashing centuries after centuries across the globe and particularly performing well against leading teams particularly in overseas conditions. He has shouldered the responsibility and carried the New Zealand cricket team to the top of the table in ICC team rankings for the year 2021

Jofra Archer is an English cricketer and a right-arm fast bowler, he was the lead bowler when the English cricket team won the world cup in the year 2019. Jofra Archer bowls consistently at 140 km/h and is threatening with the pace that he generates during his bowling his rivalry with Steve Smith during the ashes 2019 is one of the fiercest rivalries of the decade, this is when an unstoppable force meets any movable object cricket fans all over the world enjoy these kinds of once in a lifetime rivalries.

In addition to being a menacing fast bowler and an excellent fielder down the ground he is also a handy batsman down the order and is known to smack sixes out of the ground consistently, he is one of the most expensive players to be bought in a league auction and the year 2021 holds a lot of opportunities for the English cricketer. His rivalry with steve smith is expected to be the highlight of the year

Jasprit Bumrah is an Indian fast bowler and an excellent performer in all three formats of the game, he burst out to the scene in the year 2016 after an excellent performance in the Indian Premier League and has reached greater heights and will continue to do so in the future. Jasprit Bumrah is known for his unorthodox action and the pace that he generates with his action has puzzled many experts and is believed to be the best Indian fast bowler and among the best bowlers in world cricket.

He’s level-headed on the field and an excellent Fielder on the ground, he encourages and nurtures his fellow bowlers and is seen as the leader of the Indian bowling attack, he has performed well in Indian conditions as well as in overseas conditions and he was an important part of India store of Australia in the year 2018-19. He continues to contribute to the success of the Indian team and is a vital part of any team that he plays in. The 2021 international and domestic season looks promising and Jasprit Bumrah steps into 2021 well aware of the expectations that he carries

Best Australian Bowlers of All Time