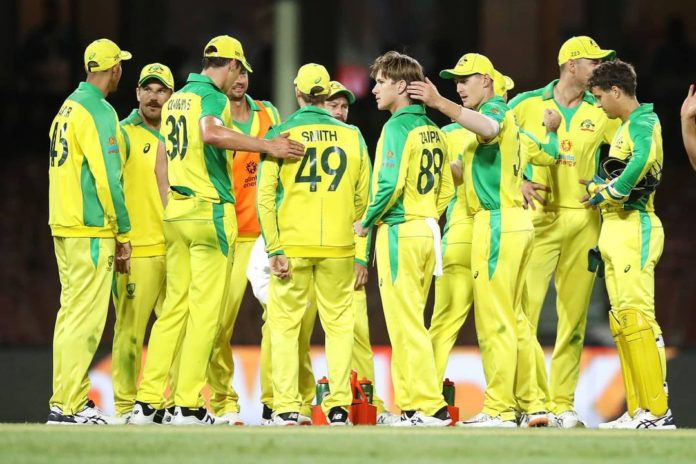 As of now, the team is lodged in Sydney and will have some relaxation during their time there. Sydney has not reported any Corona cases in the last few weeks. This relaxes the initial restrictions placed on the players. They can share food, have regular full-fledged training and go on small permitted excursions. There will also be live spectators at the venues(only at 50% seating capacity).

The one-day international series started on the 27th of November 2020. Out of the three ODIs, Australia won the first two matches. India lost the first match by 66 runs while the second match was lost by 51 runs. The Indian ODI squad is facing severe backlash from people worldwide due to their performance in the ODI series.

Challenges For The Indian Cricket Team No Wickets For Frontline Bowlers

The Indian team has only been able to take ten wickets in the two wickets. Mohammed Shami took 4 wickets while Yuzvendra Chahal and Navdeep Sahni took one each. Jasprit Bumrah bagged the rest. On the other hand, Ravindra Jadeja has not taken a single wicket in either of the two matches. This has been a black mark to the Indian bowling attack that was considered the best by many. Australia has managed to score among the highest ODI scores against India. With many people blaming the captain-Virat Kohli, how are they expecting the captain to make the right decisions when there is no life on the pitch?

During the second ODI, Mayank Agarwal was given an opportunity to bowl for the 35th over. This came as a surprise to many as Agarwal had bagged only three wickets in his domestic cricket career (Challenges For The Indian Cricket Team). As Chahal and Sahni were not bowling during the second ODI match, Virat Kohli did not have any other option. Hardik Pandya was introduced for bowling due to the lack of bowlers in the Indian squad. Even though Pandya was injured, he managed to bag a wicket for the team.

A lot of India’s bowling strategy currently relies on Bumrah who is the world’s second-ranked ODI bowler. If Hardik Pandya makes a full recovery, it would be great to have an all-rounder like him on the ground. Moreover, Ishant Sharma’s absence has also been a major blow to the team. Currently, Ishant Sharma is undergoing treatment due to an injury faced during the IPL. Even before the ODI series had begun Irfan Pathan had said that Ishant Sharma’s flight and the bounce he generated along with his confidence would have helped in Australia. Pathan further had admitted that Ishant Sharma’s absence will be a huge blow to the Indian team.

Rohit Sharma’s absence from the One Day internationals has been reflected in the team’s performance or Challenges For The Indian Cricket Team. Even though Mayak Agarwal and Shikhar Dhawan tried to play dynamically, they had to eventually give in to the growing pressure. Rohit Sharma’s experience and performance will be missed throughout the ODI. His international record and experience could have helped in building an outstanding partnership record with Shikhar Dhawan.

Rohit Sharma and Ishant Sharma did not travel with the rest of the squad. They were supposed to join the squad after they completed the strengthening and rehab session at NCA. They had undergone some injuries during the Indian Premier League and needed to receive treatment before they joined the team in Australia.

However, Coach Ravi Shastri had admitted that Rohit Sharma and Ishant Sharma may not be a part of the Test series squad if they did not leave for Australia immediately. Ishant and Rohit had to land in Australia before November 26th to start their 14 days quarantine period. The Test series will begin on 17th December. Before the Test Series, there are three warm-up matches that are being planned on 11th December. If Ishant and Rohit arrived in Australia by 26th November, they could complete the required quarantine period and start playing from 10th December.

Rohit Sharma had opted out of the ODI series due to his tight schedule. He was supposed to reach Australia in time for the Test Series. A Rohit Sharma could not clear the fitness test, he will miss out on the first two Test matches. He will fly to Australia by December 11th only if he clears the fitness tests.

Virat Kohli on Leave For The 2021 Test Matches

The India skipper, Virat Kohli will be on paternity leave starting January 2021. Virat Kohli’s absence will be a great blow to the team’s performance adding to the current shortcomings. The Test Match captaincy shifts to Ajinkya Rahane in Virat Kohli’s absence. The Indian coach Ravi Shastri has spoken that the absence of Virat Kohli can be a great opportunity for the new talents in the team. They can use this opportunity to display their talent and leadership skills.

Ravi Shastri also said that in comparison to Australia’s seven times victory for the day/night fixture Test matches, India has won only one pink ball against Bangladesh. Hence, Australia’s immense experience and victory rate can be a major blow to the Indian team. He also added that as the team underwent soft quarantine where they were allowed to practice, it was easier to keep up in terms of the player’s stamina. Also, most players were a part of the Indian Premier League. The one and a half month-long league have been a great experience for the team after a huge gap.