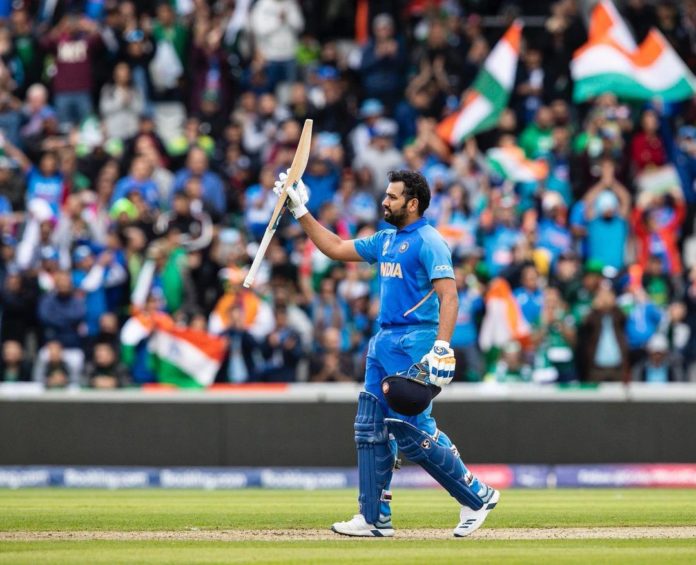 Rohit Sharma is currently undergoing quarantine in Sydney. He would be a part of the Indian team for the third and fourth Test series. Views on Rohit Sharma By Australian Cricketers

He is currently staying in a two-bedroom apartment in Sydney. He is not allowed to step out of his room. The right-hand batsman had landed in Sydney on 15th December after he was declared fit by National Cricket Academy (NCA).

He had been held back at the NCA where he underwent rehab for a hamstring injury. He was in quarantine after he arrived. But, with an unforeseen rise in COVID-19 cases in Sydney, the fans are now worried about his safety because he is all alone.

The swashbuckling batsman, also known as the Hit Man would be in Australia and available for the back half of the four-Test Border-Gavaskar Trophy battle.

Rohit Sharma was initially left out of the squad for all three formats to face Australia because of a hamstring injury. And because of this, he was not added to the Test setup. But to everyone’s surprise, their vice-captain chose to return to Mumbai post-IPL 2020 and then work on his left hamstring at the National Cricket Academy (NCA) in Bengaluru.

Indian team probably performed their worst and, the team bowled out for their lowest ever Test score of 36. Australia took a 1-0 lead with an eight-wicket win at the Adelaide Oval.

A few days ago, the former Australia captain Ricky Ponting said that Rohit Sharma should be an opener should be at the earliest, after the Indian team’s embarrassing defeat to Australia in the opening Test of the four-match series.

Indian openers Prithvi Shaw and Mayank Agarwal looked clueless against the Australian attack in both the innings.

To this, Ricky Ponting said, “He (Rohit) will play. He is a better Test player than Mayank Agarwal and Prithvi Shaw. If he is fit then he will straightaway slot at the top of the order.

Rohit had travelled to Australia after he got the clearance from the National Cricket Academy (NCA) in Bengaluru. He missed the entire limited-overs leg of the tour and the first Day/Night Test.

If he is declared fit by the team’s medical staff, Sharma could be back for the third and fourth Test. (we hope that it happens)

The team had been performing so badly. And one reason could be the imbalance. If you take out one of the best players, the team will become imbalanced and that is what happened in this case.

Indian batting legend Sunil Gavaskar also said that he is sure that Rohit is gearing up to play in the last two Tests.

According to Sunil Gavaskar’s statement, he said, “Yes, yes, he would play in this Test series. He is already in Australia as far as I know and he might not be playing the second Test but he will be there for the third and the fourth.

The three Australian players, namely- Josh Hazlewood, Pat Cummins, and Mitchell Starc gave their team a sensational performance. The Indian team collapsed to their lowest Test score of 36. India’s earliest lowest score was 42 against England at the Lord’s in 1974 and Gavaskar was a part of that team.

Yes, we hit a new low. But, we are hoping that things would be back on track after Rohit Sharma comes back.

So, let us pray and hope for the best for our Indian Team.

Rohit Sharma is the Vice-Captain of the Indian team in One Day International and T20 series and, he rarely plays in the Test Series

But that being said, his position is now getting finalized in the test series too.

Recently, during the Indian Premier League, Rohit Sharma got injured. So, he had not been included in the team for the India- Australia Test Match Series.

Now, Rohit Sharma stayed behind and worked hard on his fitness. He is planning on going to Adelaide Overland. If everything goes well, he would be allowed to play the third and the fourth test series.

Let us see how he goes. We hope everything works in favour of Rohit Sharma.

One of the best players of India, Rohit Sharma was left behind due to some fitness issues. This cost the Indian team a lot. The Indian team failed to perform to the mark and lost the first match to Australia.

The Hit Man Rohit Sharma is expected to link up with India’s Test squad for the second half of the team’s upcoming Vodafone Series against Australia.

Rohit suffered a hamstring injury during the recent Indian Premier League season. Due to this, he returned to lead the Mumbai Indians to a fifth title.

The 33-year-old was initially left out of the touring party. Later, he got added to the squad for the four-Test series.

But he opted to return home after the T20 tournament rather than board the flight to Australia.

But if things go in our favour, Rohit Sharma should be available for the third Test, which starts on January 7 at the SCG.

Rohit is spending a fortnight in quarantine after arriving in Sydney due to the COVID pandemic.

He is working out, exercising, and taking good care of his health. Additionally, he is reading books to pass his time.

Speaking before India’s tour-opening first ODI against Australia, Kohli admitted that he was confused about Rohit Sharma’s fitness and potential availability.

In a statement, Kohli said before the team had the selection meeting in Dubai, they had got an email two days before that, which said that Rohit is unavailable for selection.

It mentioned there were a two-week rest and rehab period, the pros and cons. The implications of the injury had been explained to him and he understood that.

After that, Sharma played in the IPL, so the team thought he would be on that flight to Australia, which he was not.

And the team had no information whatsoever on the reason why he did not travel with us.

Kohli also said that there had been a lack of clarity about Rohit’s plans.

We have been playing the waiting game on this issue for a while now, he said. Which is not ideal at all.

The famously called Hit Man, Rohit Sharma, has been quarantining in Sydney after he had landed in the country on 16th December. He will continue to do so for another week.

And Victorian state officials have said that anyone arriving in Melbourne from a 14-day quarantine in Sydney does not have to do so again here, Rohit should be free to join his teammates as early as 30 December.

The only question that remains is “Would he be in Sydney or Melbourne? The answer depends on where the third Test gets finally played.

Besides that, the 33-year-old is spending his time reading books and watching TV series. Besides this, he is also focusing on keeping himself fit for the third Test that begins on 7 January. He is working hard on his mental strength, which would prove beneficial against the mighty Australian pace attack. It is said that he can start training from January 3ahead of the Sydney Test.

Yes, we hit a new low. But, we are hoping that the thongs would be back on track after Rohit Sharma comes back.

So, let us cross our fingers and hope for the best for our Indian team