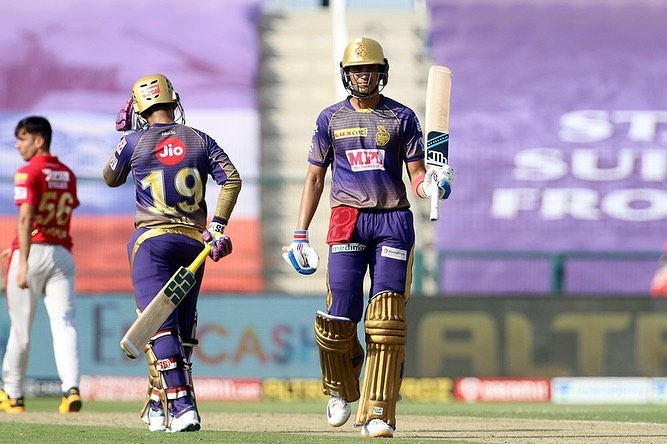 Centuries always bring happiness, especially when it is in cricket, and your favourite batsman (Youngest Batsman Shubman Gill) is the one scoring it. Throw in a double century and things are only about to get crazy. One such youngster who managed to sway us all with his superior batting skill was Shubman Gill when he scored a double century in August of 2019 in a first-class match.

So Was Shubman Gill Born With Such Amazing Batting Skills?

If you think about it, maybe he really could have been born with that talent. Shubman Gill was born in Fazilka, also known as Bangla, a city in the state of Punjab. His family owned a lot of lands there for agricultural purposes. Lakhwindhar Singh was his father. He was an agriculturist. When he was young, he used to dream about becoming a cricketer himself, but he couldn’t become one due to certain ill-fated circumstances.

And like any parent with unfulfilled dreams, he too wanted to throw his dream onto his son. He wanted his son Shubnam Gill to become one of the best cricketers out there. Lucky for him, his son, Shubman Gill was a fanatic of cricket himself and didn’t need any more motivation to start playing cricket.

When Shubman Gill was a little child, his father Lakhwindhar Singh would ask the helpers that he had hired for the farm to throw balls at Shubnam Gill. This helped Shubnam Gill to improve his batting skills as a child. Shubnam Gill’s father had faith in his cricket skills and always supported him.

Lakhwindhar Singh decided it was better for Shubnam Gill if he could stay in a place where he could have better cricket training facilities. So he moved the whole family to Mohali, otherwise known as Sahibzada Ajit Singh Nagar, a city in Punjab. Lakhwindhar Singh rented a house near the Punjab Cricket Association Inderjit Singh Bindra Stadium, popularly known as Mohali stadium in the city.

As a child, Shubnam Gill grew up watching the styles of Sachin Tendulkar, VVS Laxmi, and Rahul Dravid on the television. Shubnam Gill recalls them as being his inspiration for playing cricket.

Youngest Batsman Shubman Gill got the opportunity of entering the professional cricket world when he was at the tender age of only 11. It was for a district-level match. Shubnam Gill got selected to play for the Punjab cricket team in the Under 16 cricket match. Unexpectedly he made a record during his very first debut series, proving that he is a cricket of one of a kind. He managed to score 330 runs in total, the maximum score in the whole series. This was his first entry into the limelight.

In 2014, Youngest Batsman Shubman Gill made an unbeatable double century. He scored about 200 runs in the state level under 16 cricket match where he played for the Punjab team and this was his first cricket game for the Vijay Merchant Trophy. In the same year, he had the opportunity of playing in the inter-district Under 16 Punjab Cricket tournament. This game was for the ML Markan Trophy.

He scored about 351 runs in the tournament. In the district level tournament that happened, Youngest Batsman Shubman Gill shared a world record with Nirmal Singh for scoring 587 runs as the opening partners. This was when he was only 15 years old. Truly his talent was not limited by his age.

The Board of Control for Cricket in India (BCCI) honoured Shubnam Gill with the M. A. Chidambaram Trophy. Shubnam Gill was awarded this trophy for being the best Under 16 cricketer in his successful season for the year 2013 – 14.

Shubnam Gill’ Plays as an Under 19 Cricketer:

After making such amazing records in the cricket matches for Under 16 cricketers, it was time for Youngest Batsman Shubman Gill to make wonders in the domestic and international cricket matches as an under 19 cricket player.

On the 25th of February 2017, Youngest Batsman Shubman Gill made his List A cricket debut in Delhi for the 2016 – 17 Vijay Hazare Trophy.  He played for the Punjab team and the Vidarbha cricket team played as the opponent team in the match. In the same year of 2017, Shubnam Gill was selected by India’s Under 19 cricket team.

In the month of February 2017, Youngest Batsman Shubman Gill had his first match playing against England. It was his first Youth One Day International (ODI) series. He scored around 351 runs totally in this series. Shubnam Gill was also named the Man of the series of the year 2017.

Youngest Batsman Shubman Gill was appointed the vice-captain of India’s squad in December of 2017. This was for the Under 19 Cricket World Cup tournament match that happened in 2018. He scored about 372 runs in total in the entire tournament. This made Shubnam Gill the leading run-scorer for India in the whole of the tournament. Shubnam Gill was also given the title, “Player of the Tournament.”

The International Cricket Council (ICC) followed the play of the Indian team throughout the entire tournament and named Youngest Batsman Shubman Gill as the rising star that the Indian squad needs.

The Amazing Journey of Shubnam Gill From the Year of 2018:

Kolkata Knight Riders bought Youngest Batsman Shubman Gill for about 1.8 crore rupees (250,000 in USD) in January of 2018 in the 2018 IPL auction that had happened. On the 14th of April 2018, Shubnam Gill made his debut in Twenty 20 for Kolkata Knight Riders during the Indian Premier League tournament that happened in 2018.

Youngest Batsman Shubman Gill was named in India C’s squad in October of 2018. This was for the 2018 – 19 Deodhar Trophy. It was a round-robin match, and during the final round-robin match, India C played against India A Shubnam Gill managed to score an unbeaten century. This helped India C to go to the finals.

In the month of November, Shubnam Gill was named to watch ahead of the Ranji Trophy during the season 2018 – 19. He was one of 7 other players to participate in it. In December of  2018, Shubnam Gill played in the Ranji Trophy. He played for the Punjab team and Tamil Nadu was his opponent team. Subhnam Gill scored about 268 runs and made his maiden double century in a first-class cricket match.

On the 25th of  December 2018, it was the 4th day in the Ranji Trophy tournament. He played for the Punjab team and Hyderabad was the opponent team. Punjab needed about 338 runs from 57 overs. Shubnam Gill scored about 148 runs off 154 balls. He was the most who managed to bring Punjab to victory when they were almost on the losing end.

These victories are just the beginning of his amazing career in cricket. Shubnam Gill has done a lot more than mentioned here, and he has a lot more to offer to the Indian Cricket World. We as cricket fanatics will always be on the look out of new amazing talents and always support them on their quest for being the next cricket star of the Indian team.